Data can't tell you anything 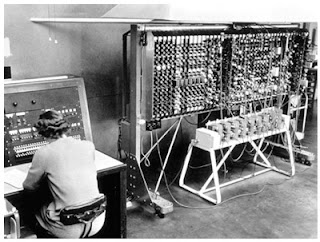 I don't know if it's just me, but I never look at amazon's recommendations for me. I do, however, follow up avidly with "people who bought this also bought that..."

Why? There are a few reasons. First of all, amazon have been so off in their recommendations sometimes - basing these on something I bought as a present that really wasn't my cup of tea at all. Or a set book I bought for my son's school. And secondly, the "people who bought this also bought that" is a simple statement of fact, not an attempt at a prediction or a judgement. Finally, in my egotistical way, I assume that, while "people" probably have predictable and consistent tastes, mine are so widely eclectic and downright weird that even someone who knows me well couldn't really predict what I might like (how many times have I had to give up on some trashy novel that a friend pressed into my hand on the promise that "you'll love this"?) - let alone a computer.

There has been increasing criticism of Google and Facebook forcing us into what Eli Pariser describes as The Filter Bubble which goes beyond meaningless recommendations into the sphere of these digital behemoths limiting and controlling the internet for us, based on past behaviour. You can do worse than taking a few of the steps recommended by Eli Pariser to escape the bubble.

And, for those of us in marketing: let's not get seduced by Big Data. And there I go, falling into my own trap. Data can't seduce me any more than research can tell me what to do. Algorithms don't think, they compute. The research does not say and the market does not demand.

All these things are inanimate. They cannot judge quality of interaction, or know the complete context - or separate a meaningless correlation from a meaningful one. Nor can they predict.

Only human beings can do these things - the data can't tell us anything on its own.