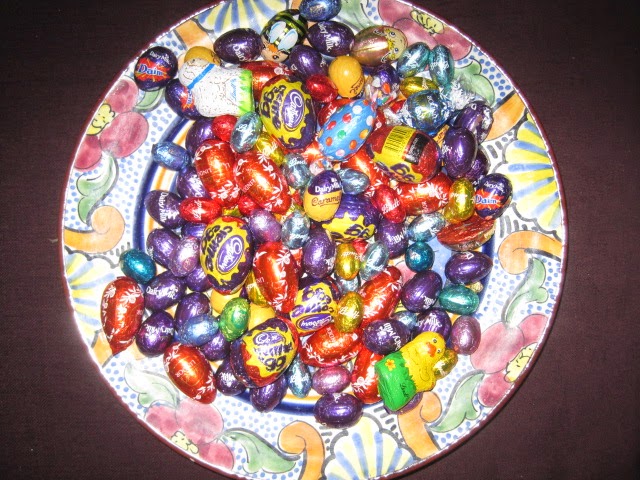 Come the end of the Easter holidays, there won't be much difference in the expansion of your waistline whether you've gobbled down zillions of little ones or one Big One, but it is certainly interesting to reflect on Easter Eggs as globalisation in a sweet microcosm.
Posted by Sue Imgrund at 21:22