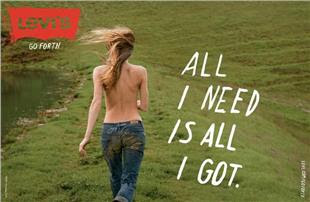 My attitude to those generational studies is rather akin to my feelings about astrology. I used to be quite into both (and I am sure that the keen astrologers amongst you will point out that these generational descriptors do have a planetal basis. If I remember rightly, some of the planets furthest from the sun stick around in the astrological signs for years.)
However, I now take a lot of it with a pinch of salt. It's quite possible, after all, to trawl through Wikipedia and find fundamentally different individuals who were born under the same sign, in the same year. And another thing that used to get my back up was being lumped in with the Baby Boomer generation. Vietnam and Woodstock had zero influence on me. I was too young and on the wrong continent.
But now I find out that I'm actually part of Generation Jones. I'm not sure what that means or which Joneses it refers to (Tom? Bridget? Davy?) but it does mean that I'm in there with President Obama, which can't be bad.
Talking of President Obama, what was Generation Y (always a sorry excuse for a name, I thought) has now been rechristened Generation O, after the great man himself. These are people born in the 1980s and early 1990s. Levis are launching a new campaign Go Forth, on 4th July, aimed at this group. It's all about rebuilding America and the new American pioneer.
I had a look at the campaign and it seems very worthy (I mean that in a good way) but possibly a bit too earnest. Call me a superficial old floosie from Generation Jones, but I prefered that chap in his pants in the launderette.
Has anyone got any good names for Generation Z? These are "today's kids", born from the mid 1990s onwards.
Posted by Sue Imgrund at 10:27

If you grew up wanting to be a spy, then perhaps it's Indiana Jones that might come closest - you would just have needed an ancient historical angle to your espionage.

In terms of the mid-90s to today generation, does anybody know of anything more fitting than Digital Natives? It's going to be a defining feature - but it's not exactly attitudinal.

I haven't got any further than "Generation Uh-Oh" for the digital natives as they were brought up on Teletubbies...