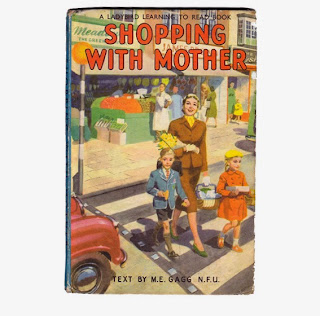 I have written from time to time here about the futility of "marketing to the over 50s". A similarly futile exercise, as I see it, is "marketing to mums." I don't know if anyone else felt vaguely uneasy about the much feted P&G campaign a few years back, around the time of the Olympics: Proud Sponsor of Mums. My uneasiness came from a number of angles - first, the obvious, what about Dads? There was also the manipulative, cheesy tonality of the films. But the uneasiness also came from knowing the agenda at P&G, a company whose main brands are household and baby care products. I even worked on Pampers for a few years and I hate to say this, but there were precious few mums around, on either the client or the agency side. More of that later.

There's a article entitled Marketing to mums is broken in Marketing magazine which touches on this issue. It's written by a woman, who is a mother herself, Nicola Kemp. But, curiously, even in this article, three of the six people who are quoted are men, and it's not clear how many of the women are mothers. Now, I know you don't have to belong to a target group in order to market to that group, but the bias in advertising agencies against mothers still seems to be extreme. Of the three women quoted, one of them said this: There aren't enough female creatives and there aren't enough creatives that are mums. If we changed this, we would do a better job.

The woman who said this is Roisin Donnelly, of P&G. So that, at least, gives me hope.