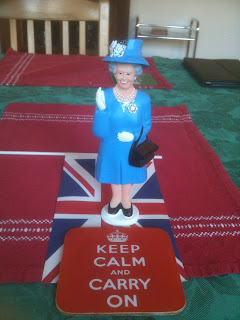 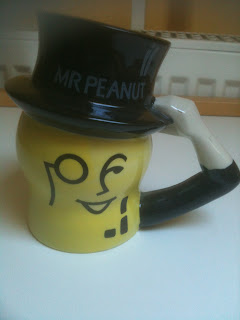 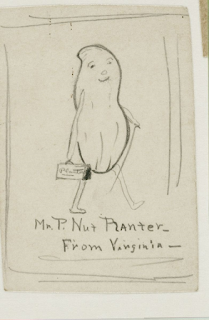 I do wonder, though, what that young boy would have thought if he'd caught a fast-forward glimpse of his creation in 2016.
Posted by Sue Imgrund at 10:20

Thank you so much for sharing this Sue but what a very sad end to the life of such a brilliant man. I was only vaguely aware of Mr Peanut (I’ve probably seen an advert somewhere) but of course The Queen! and the Michelin Man are very familiar figures in the UK.
I would love to be in Windsor for the Birthday celebrations today, although looking at the news, I imagine parking and finding a place to stand would be pretty difficult.

And here's a link to a post about Michelin:
http://secretagencyblog.blogspot.de/2011/02/infinite-ad-stock.html

Hi Sue, I really enjoyed that thank you. It was nice to have the chance to read one of your earlier posts. I keep promising myself I will read backwards through your blog but somehow time just keeps slipping away. I hope you've had a good weekend. xx

You are a lady of many talents! I have never mastered the art of reading backwards :)

Now he has something to celebrate with!
https://www.brandchannel.com/2018/10/24/mr-peanut-craft-beer/