We need to talk about Kevin 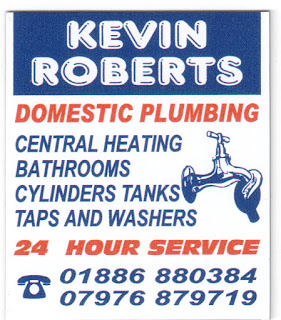 Anyone that works or worked for Saatchis can't have missed the brouhaha surrounding Kevin Roberts, the Saatchi CEO, this weekend.

Following remarks made in an interview for Business Insider, Roberts has been suspended for a month. The Publicis Groupe has made it clear that opinions expressed in the article didn't agree with a policy of inclusiveness.

I can't say my heart bleeds for Kevin Roberts, but I was a little surprised about the wrath and ire that the remarks seem to have inflamed around the internet. Apart from some rather catty personal comments addressed in the direction of Cindy Gallop, the main thing that seems to have stirred things up was the observation (perhaps not well-expressed) that there are people in the ad industry who are less motivated by wealth and power and more motivated by happiness and personal fulfillment via creativity. And that some of these people may even turn down promotions because it'll mean being a manager and getting involved in dreary financial, political and HR stuff that you can do in any company, instead of creating bloody good ads.

My observation on my colleagues, past and present, is exactly that. Although I don't really notice how many females fall into one camp vs. males, because that's not the way I've been brought up.

One of the best comments I read on the whole storm in a teacup is from Rory Sutherland:

"Also his critics miss the main point, just as he does. The real question to ask is why so many of the financial rewards of the advertising industry now end up in the hands of administrators and managers and financial engineers, rather than accruing to the many (male and female) people who create the real value. It's now much more lucrative to spend your day twiddling with a spreadsheet than creating an idea worth millions.
This business will soon end up like 1960s English Football, where the administrators end up rich while the players spend their retirement running a chip shop.
I have never understood why people in this industry want to work in management. Running an agency is really boring. If I wanted to run a company, I'd work for a big mining conglomerate where you could do really interesting things like staging coups and hiring mercenaries, not settling arguments about meeting-room allocation."

Why do you think I went freelance?

Talking of which, no doubt Kevin can always fall back on his other business (see above) if times get hard. Plumbing leave?