The only thing we have to fear is fear itself 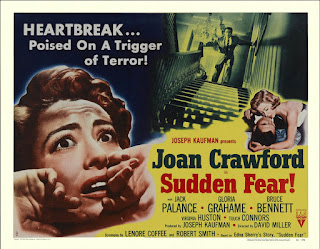 In the lead-up to the US Election, the fear-mongering has long since started. Of course, playing on fear has been the weapon of choice for propaganda and political campaigns since civilisation began. Alarming visions of the future should you not vote for us and they get in.

And what better time to play the fear card than now, when most people of the world have just reason to be utterly terrified if they stop too long to think about it.

Fear is one of those nasty psychological levers that's also given advertising and marketing a bad name. It's used in more subtle ways, of course. It used to be fear of what the neighbours might think, fear of not keeping up with the Joneses, fear of being a failure.

Fear of problems you didn't even know you had.

These days it's fear of everything from not being popular enough on social media, through to saying or doing the wrong thing regarding social issues, through to completely ruining the planet for future generations due to lazy, selfish and thoughtless behaviour. On top of all the other fears.

A lot of this fear ballyhoo must come from the culture and worldview that pervades many organisations (maybe more so during these times, when people are genuinely frightened for their livelihoods). The acronym  of the VUCA world is still very much in evidence - as well as the advice on how to arm yourself against it via the alternative VUCA (Vision, Understanding, Clarity & Agility)

Sensible advice. And yet, it all still feels like there's a war on, that everyone is in mortal danger, that we need strong generals and superior firepower. I recently read Empire of the Sun, and the way that young Jim manages to survive the war in the internment camp is to relish it. I thought about my own spin on VUCA here, where volatile becomes spontaneous, uncertainty becomes surprise, complex becomes diverse and ambiguous becomes enigmatic.

Should we be taking it as a given that uncertainty is always bad?

…I had the feeling that I had pushed to the brink of the world; what was of burning interest to me was null and void for others, and even a cause for dread. Dread of what? I could find no explanation for this. After all, there was nothing preposterous or world-shaking in the idea that there might be events which overstepped the limited categories of space, time and causality.