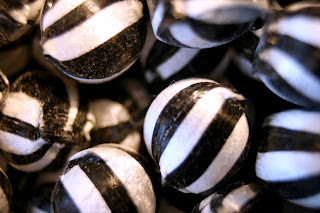 I have lost track of how many discussions, arguments and debates I have had about how advertising works. How many articles, papers, blog posts and books I've read. How many talks, lectures and seminars I've been to. And at the end of it, there is no Holy Grail.

A breakthrough moment came to me a few years into my career when the agency Hall and Partners leapt into the UK market research scene with an MRS paper, a philosophy and methodology that seemed eminently sensible to me: advertising works in ways that may well be mysterious, but are certainly various. It can work through the mind, or at least rational thought (Persuasion), or through the emotions (Involvement) or through the senses (Salience). I've blogged about this here.

I've just finished Paul Feldwick's excellent book, which I mentioned in my last post, The Anatomy of Humbug. I had a similar feeling of a breakthrough on reading this - it's a review of advertising practitioner (rather than academic) thought from the 19th century onwards. Six ways in which advertising probably works (which are not mutually exclusive) are outlined. Please note, however, that Mr Feldwick mentions that six is simply a convenient number - these are in no way 'The Six Definitive Ways In Which Advertising Works.'

They include our old friends Salesmanship, Seduction and Salience, which correspond approximately to the three ways outlined by Hall & Partners. Then Mr Feldwick adds Social Connection, Spin and Showbiz.

The 'schools of thought' are illustrated by quotes and anecdotes from ad men and researchers through the ages, some I'd heard of (Bernbach, Ogilvy, Rosser Reeves, Stephen King, Ernest Dichter and showman P.T.Barnum) and others that I hadn't, who I now feel compelled to read up on ( Lasker, Hopkins, Starch, Bernays). At last, after nearly three decades in advertising, I know what 'Starch' and 'DAGMAR' refer to!

The book is refreshing to read - intelligent, witty, incisive and opinionated in a good way - a long way from the standard business book blah.  I liked the way that the book ends with 'Showmanship.' How often have you thought, or said, after all the posturing and pontificating and over-intellectualising - come on, it's only advertising!

I suspect that many of us are happy to be suckers. We know the rules of the game. We know about hype, but do we really care as long as we get value for money? To me, 'Showmanship' is a bit like 'Salience' - it's an immediate appeal to the senses, instant gratification, and not to be analysed or taken too seriously.

People must be entertained.

And maybe it's brands that should be doing that.
Posted by Sue Imgrund at 13:23