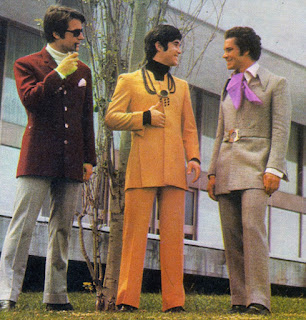 If there is one drink product that has dominated the 21st century so far, it has to be the smoothie. While smoothies have been around in some markets ever since blenders and fridges became commonplace, the market in Europe has only really taken off in the last fifteen years. Innocent was founded in 1998, and it was only seven or eight years ago that I blogged about the first supermarket smoothies spotted in Germany.

I have often wondered about the appeal of smoothies. Some years ago, I worked on Hipp baby food, and we discovered an interesting niche of adult baby food eaters. I hasten to add that they consumed mainly the fruit versions, rather than the mashed up chicken n' carrots, although there were probably hardcore fans who did just that, too.

I'm a little wary about calling these consumers 'adults' as psychologically, they were more 'reluctant adults'. Typically, these were young women, concerned about their weight and their health, in some cases verging towards a 'Petra Pan' orientation of not wanting to grow up and be a woman. The sort of young women who wear pink, dress up as Japanese cartoon characters and carry Hello Kitty bags.

And this is part of the appeal of smoothies. You don't have to chew, you don't have to deal with pips and peel and cores, you can just gulp it down and still satisfy Nanny that you are getting your '5 a day.'

In my more cynical moments, I feel that we have become something of a 'Smoothie Society'. In our homogenised world, everything is mashed up and made rather samey so that it's easily palatable.

Films are formulaic and often a rehash of what's gone before.

The same pool of emojis is used worldwide, the same memes are recirculated again and again.

News items and their You Won't Believe What Happens Next headlines are interchangeable, whether they come from Buzzfeed or The Times.

And brands, their logos, their ideas and their communications are all too often indistinguishable.

In the days before a smoothie was a fruit and vegetable drink, it had another meaning. It was a slightly disparaging term for a well-groomed, well-mannered but overly flattering man, and not a million miles from slimy, smarmy and softie.

If you had too many smoothies in your life, you longed now and again for a 'bit of rough.'
Posted by Sue Imgrund at 09:23