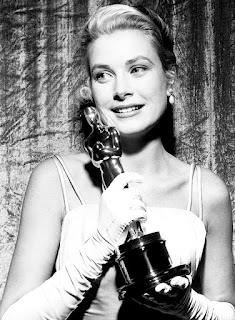 Around this time of year, awards ceremonies are all over the place - you can't move for red carpet. Or something. I'm always interested in the brand world equivalent, and a few weeks ago here in Germany the 13th year of Best Brands winners were announced at a big gala do hosted by various media companies, advertising and market research agencies as well as the association for German brands.

Although not exclusively focussed on German brands across the various award categories, I was expecting a good show from what I think of as classic German brands - Nivea, maybe BMW, maybe Becks.

The winners are chosen based on two broad criteria - marketplace (financial) success and 'share of soul' - popularity and emotional connection to the general public. As GfK are involved in the whole thing, the methodology for selecting the winners is pretty thorough.

No real surprise, then, in the winner for Best Product Brand 2016 - this was Nivea, which also won in 2013 and 2014, and came second this year. The words 'from strength to strength' come to mind.

Perhaps a bit more surprising was the winner for Best Growth Brand 2016 which was WMF. Jolly well done to them, and this shows that you don't have to be a techy, appy, 21st century new kid on the block to show phenomenal growth. WMF was founded in 1853. While there is probably a limit to how many cutlery sets anyone actually needs in a lifetime, I have noticed that WMF have been very active in joint promotions with supermarkets and simply present as a great brand name.

In other awards, the category-specific award for e-commerce was won by amazon (no comment) and the Best European Corporate Brand 2016 was won by Porsche.

That other well-known German brand, VW, however, was nowhere to be seen.
Posted by Sue Imgrund at 09:57

Hello Sue, I had no idea Nivea was made by a German company. My mum used it all her life and I’ve rather followed in her footsteps, and I always assumed it was an English brand – well I never!
Sorry I got rather distracted there, just paid a quick visit to Wikipedia to read up on the history of the company. It is well worth a read.
Every visit to your blog is a learning experience, thank you.

Yes, I grew up with Nivea (the blue tin), too, and always assumed it to be from the UK. Living over here I have to get used to calling it Ni-VEA-a instead of NIV-ea, which is what I'm used to.

You may be interested to hear that some Germans claim Levis jeans and even Elvis Presley as their own!!!