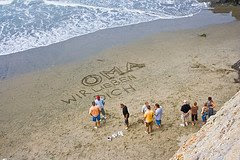 Oxfam have had a very timely idea: get a granny to appear on YouTube with tips and ideas on "living better while saving cash." You can see the Green Granny here. This idea combines a number of issues that I am sure that most marketeers have been wrestling with recently: using the wisdom of the older generation, how to survive the recession and how to be a Good Company.

I think this would be a fantastic idea for Germany, mainly because I've got the name worked out: the Öko Omi. Now, I am not sure whether Green Granny is aimed at children in the UK or adults. If it is adults, well, our Öko Omi is going to have to be a bit more hardline than suggesting that we switch lights off, don't throw away clothes because you've lost a button or making a bread pudding with an electric mixer (bad Granny! That's what grandchildren are for!). 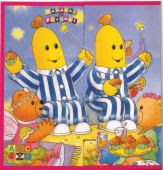 It's been pretty well impossible in the last day or two to avoid articles in the Marketing and Communications branch about "Brand Obama". Everyone who's anyone seems to be writing an article on "what brands can learn from Obama". And they are all at it.

The Twitterers, Bloggers and other members of the Digital Luvvie Genus are all in ecstasies about Obama's clever use of "non-traditional media". The more traditionally-orientated commentators, from the Harvard Business Review down (or up? across?) are applauding the focus, the clear brand equity. And even those poor so-and-sos who have been coerced into writing yet another article about how brands can weather the recession have decided to take a leaf or two out of Obama's book.

And as for me - well, this is my rather facetious contribution . Maybe the only thing of use I can add is that all the articles remind of that wonderful poem about the six blind men and the elephant. Whatever their viewpoint, most of the authors of these articles would agree that the 44th President of the USA is a marvel in his own way.
Posted by Sue Imgrund at 21:44 No comments: 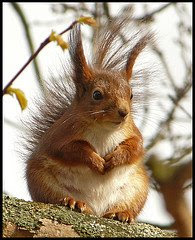 Cadbury's are having to put the warnings "contains milk" and "contains milk & nuts" on their Dairy Milk and Fruit & Nut chocolate bars in the latest move in the food labelling gone totally bonkers saga.
Ironically, this reminds me of an amusing incident that happened at the breakfast table while we were in the UK last week. My son is at the age where he reads everything and asked me, after long and thorough contemplation of the Sainsbury's plastic milk bottle: "where does it actually say milk"? He had a point. Amid all the reassurance that the white liquid inside was OK for people with coeliac disease, was produced by British Farmers and so on and so forth, the fact that the white liquid was, in fact milk, was banished to the back label in very small print. The front label merely stated that it was "semi skimmed".
Now, the use of adjectives and verbs as nouns in the field of food and drink is another thing that's going totally bonkers in the English language. It was just about acceptable when it was restricted to a "roast" or a bit of "mash" now and then but we now seem to be overwhelmed with stir-frys and melts and bakes and wraps and all the rest of it. Thankfully, I haven't seen a "boil" on a menu yet but I'm sure that can't be far off in these days of healthy eating.
When we got back to Germany, I checked the milk carton in the fridge and was reassured to see a comforting Nomen on the front, in legible-size letters: "Milch". At least the world is still in Ordnung here.
Posted by Sue Imgrund at 14:24 No comments:

Email ThisBlogThis!Share to TwitterShare to FacebookShare to Pinterest
Labels: food and drink, packaging 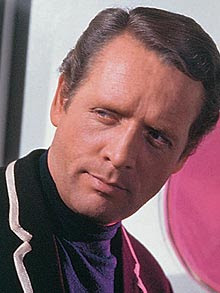 As "Secret Agency", I couldn't let the passing of Patrick McGoohan go un-blogged. RIP to a very talented man.

I sometimes think that we are all imprisoned in The Village these days. Our numbers are not as simple as Number Two or Number Six. They consist of a minimum of four digits, if not six. Often they include a couple of letters as well.

The Number Twos (as it were) that be demand that we have these long and unwieldy numbers to hand every time that we communicate with them. They express surprise if we fail to understand which number they mean and they claim to be powerless to help us or to access our information unless we produce the correct combination of digits.

If we make a human error once too often with one of our many numbers, access is denied.

Is this what is really meant by the digital age?
Posted by Sue Imgrund at 20:59 No comments:

Email ThisBlogThis!Share to TwitterShare to FacebookShare to Pinterest
Labels: nostalgia, The Prisoner, TV

Ring in the new(ish) 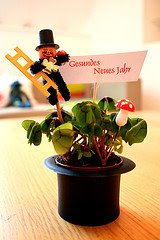 A little late, perhaps, but here’s my take on what Trendbüro has put out as the next big trends for 2009:
Healthstyle: Yawn. Here comes Wellness in a new 2009 coat.

Silver Sex: As long they don’t rub our noses in it, I don’t mind. But why only silver? Isn’t gold attainable for this generation?

Kidults: If this means the middle-aged tottering about on Wii snowboards, I don’t want to play. I’ll have a large Gin & Tonic instead.

Procrastination: In my view, root of most of what is wrong with the world today. A trend I’m going to buck. As you can see, I got on straight with writing this post as the year changed.

Female Shift: Apparently, women are becoming the stronger sex. I think the distinctly untrendy Rudyard Kipling had something to say about that one a hundred years or so ago.

Life Entrepreneur: Doing it yourself, living by your own standards. Well, it suits me!

Network Economy: The changing structure of society and economy from Top-down to Bottom-Up. I’m all for Bottoms Up – where’s that Gin & Tonic?

Swarm Intelligence: The smart masses governing themselves. Fine, but there are also plenty of lemmings and sheep out there as well as bees and ants.

Identity Management: We don’t define ourselves any more over work, family and religion, but over "who we want to be". Is this really about management, though? Or just about being?

Hyperreality: The combination of real and virtual. I’m with this one. The boundaries between the real and the virtual world are getting more and more blurred so we can’t compartmentalise any more. Great!

Personal Media: The mobile internet as new home. No. Don’t want it. I like my bricks and mortar home too much!

Status Angst: This is all about the disappearance of the middle. I wouldn’t mind my middle disappearing. Seriously, I think that what status means will change, which brings us on to…

Recession-Chic: A little deja-vu, this one. I think we did this in 2002. Maybe giving it a trendy name will soften the blow a little, but in the end, some of us won’t have any choice but to wear last year’s clothes.

Green Karma: I’m all for this one – and was amazed to see it in action on my recent trip to the UK. Not a nasty thin plastic bag in sight – just all those sensible hessian ones!
Posted by Sue Imgrund at 09:42 No comments: