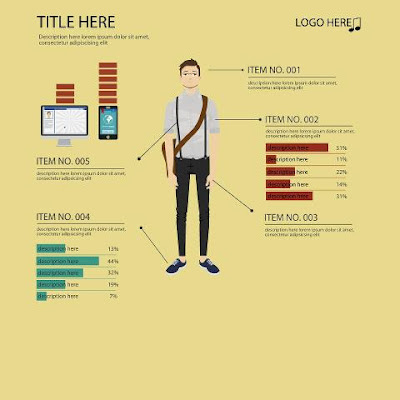 I was never that great at Powerpoint, always preferring to shove it in the direction of Someone that Could.

And, before that, while I struggled my way through a presentation course on the use of overhead slides (do you remember the horror of the research agency turning up with a stack of the things that could challenge the Empire State Building?), I was always more of a flip chart girl.

Marker pens and hand-scrawled graphics were always my chosen mode of operation. I still throw a hand-scrawled thing (scanned, of course) into a presentation now and again these days.

Well, my life could be made easier by the new infographics apps now available online. Take easl.ly, for example. It's still in beta, but inviting people to come and have a play around. I had a quick look and it all looked very drag 'n drop 'n easy.

I just hope that it won't become as commonplace and groan-inducing as the original clip art stickmen, who I still have nightmares about. They should never have been let near party invitations.
Posted by Sue Imgrund at 16:00 1 comment: 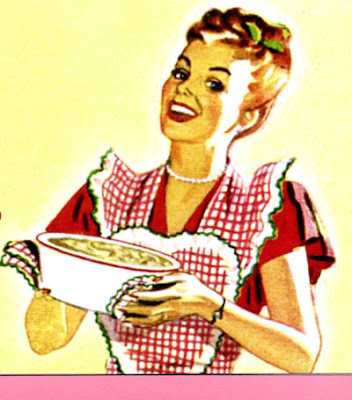 I've been on a crusade for years to make the word "consumer" taboo. Sometime in the 90s, I addressed the Saatchi P&G team and clients with a plea to erase the word from their vocabularies. "The consumer", for me, conjures images of a passive, bovine creature, chewing contentedly on whatever it's fed.
Despite the efforts of countless others with the same view - see, for example, Leo Burnett's philosophy Humankind - "the consumer" persists. And my main argument against the word is that if you label a human being - or more usually a group of human beings - as "the consumer", you cannot possibly empathise with them. And it doesn't take a history lesson to show how wrong that can be.
Sometimes I wonder if the situation has got worse. "The consumer" doesn't just consume food and drink these days, but everything from whole retail chains to complex financial services and hi-tech kit, which is bizarre if you think about it long enough.
When I very first started working, some of my older colleagues didn't talk about "the consumer". They talked about "housewives". OK, OK, dreadful from the emancipation point of view but at least the word has homely and human connotations. A housewife is a living, breathing human being with talents and failings, dreams and regrets.
I'd rather be described as a housewife than a consumer any day. Housewife is one of my many roles. And maybe it's no co-incidence that housewifery seems to be enjoying a revival these days - with a post-modern irony and a self-depreciating twinkle of the eye.
Now, who's for watching Desperate Consumers?
Posted by Sue Imgrund at 10:22 No comments: 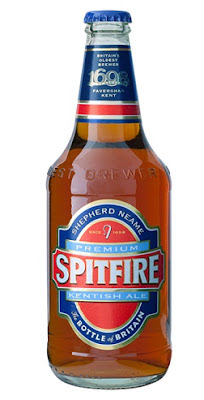 The RAF roundel, for various reasons, is one of my favourite pieces of design. I've got it on my website and there are a few brands around that use it in some way as their logo. Ben Sherman, obviously, and rather inexplicably, the German non-alcoholic success story, Bionade.
On my recent visit to the UK, I was reminded of a unashamedly alcoholic brand that also uses the roundel as its cap design. I didn't really witness Spitfire Ale's take-off and climb to the dizzy heights of being the Shepherd Neame Brewery's biggest-selling cask conditioned ale, as I've been out of Blighty since the mid-90s, but I must admit that the whole package is a fine piece of marketing.
Now, I may be too eingedeutscht to find the advertising that hilarious - or maybe I just need a couple of pints of Spitfire to guffaw over "Göring, Göring, Gone" and wordplays on Fokker - but from a design point of view, it's a dream. I love the strapline "Bottle of Britain" - and the beer is more than drinkable, too.
The slightly rum thing was that I spied Spitfire Ale for sale in Lidl in the UK. Maybe those Krauts aren't so sour about the whole thing after all.
Posted by Sue Imgrund at 14:05 2 comments:

"Liking" ourselves to death? 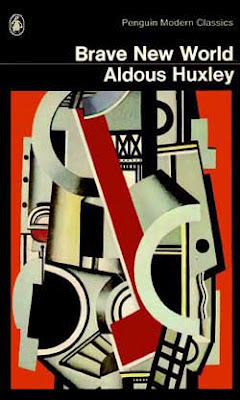 Like most teenagers, "Brave New World" and "1984" were somewhere on my reading list once I'd graduated from the Puffin Club. I'm ashamed to admit that I haven't reread either book since and have fallen prey to the popular view that both authors were saying the same thing.
I've recently come across a quote from Neil Postman, from the foreword to his 1985 work "Amusing Ourselves to Death" which rang so true, reflecting where we've come in the three decades since 1984:
"Orwell warns that we will be overcome by an externally imposed oppression. But in Huxley's vision, no Big Brother is required to deprive people of their autonomy, maturity and history. As he saw it, people will come to love their oppression, to adore the technologies that undo their capacities to think.

What Orwell feared were those who would ban books. What Huxley feared was that there would be no reason to ban a book, for there would be no one who wanted to read one. Orwell feared those who would deprive us of information. Huxley feared those who would give us so much that we would be reduced to passivity and egoism. Orwell feared that the truth would be concealed from us. Huxley feared the truth would be drowned in a sea of irrelevance. Orwell feared we would become a captive culture. Huxley feared we would become a trivial culture, preoccupied with some equivalent of the feelies, the orgy porgy, and the centrifugal bumblepuppy. As Huxley remarked in Brave New World Revisited, the civil libertarians and rationalists who are ever on the alert to oppose tyranny "failed to take into account man's almost infinite appetite for distractions". In 1984, Huxley added, people are controlled by inflicting pain. In Brave New World, they are controlled by inflicting pleasure. In short, Orwell feared that what we hate will ruin us. Huxley feared that what we love will ruin us."
The truth drowned in a sea of irrelevance, a trivial culture, reduced to passivity and egoism, with an infinite appetite for distractions - Postman had a point when he postulated that Huxley got it right.
It's ironic that maybe Orwell had the better title and buzz word - and that "Big Brother" as shorthand for Reality Show has become the phrase that we've adopted to describe our own 21st century Brave New World.
Posted by Sue Imgrund at 09:27 1 comment:

The Game of Life 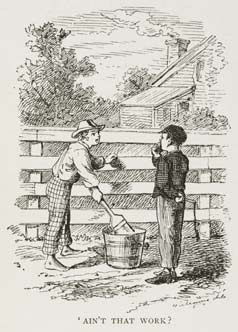 One of the oldest tricks in the marketing textbook is getting people to do something boring or laborious but necessary by making it seem desirable, or fun...or a game.
It goes right back to Tom Sawyer whitewashing the fence, or those tricks that Mary Poppins used to make clearing up fun. And generations of inventive parents who have turned the washing up or the weeding into an army to be defeated.
Leaps in technology have enabled the gamification of many mundane tasks, including a fascinating example from Cambridge Consultants, the T-Haler. It's a way of helping asthma sufferers get the optimum dose of the drug they need from their inhaler.
Using wireless technology, information is sent to a computer loaded with a "get the ball in the hole" game, so that inhaler users can optimise their behaviour to get the correct dosage.
In this case, a spoonful of sugar, in the form of a game, really can help the medicine go down.
Posted by Sue Imgrund at 15:17 1 comment: