The Bauhaus of the 21st century? 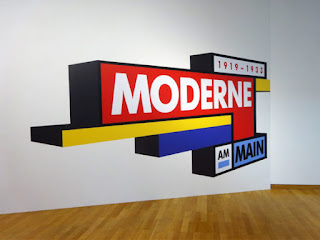 Last week, I went to the exhibition Moderne am Main 1919 - 1933 at the Museum of Applied Art, here in Frankfurt. This is timed with the 100th anniversary of the founding of the Bauhaus in Weimar, and showed the influence of Bauhaus design in the Frankfurt region. 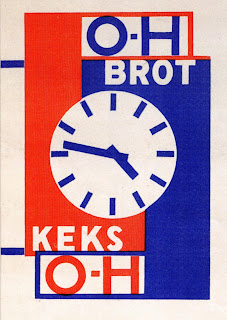 The Bauhaus sought to unify art, craft and technology in all-embracing design for a new human being, a new way of living, "adapted to a world of machines, radios and fast cars." (Walter Gropius)

The exhibition was fascinating, and what became abundantly clear as I made my way around was that, in the words of the Museum "... if the Bauhaus was modernism's academy, Neues Frankfurt was its workshop."

If the photos above remind you just a little of IKEA, then you are not alone. There's currently another exhibition running, this time at London's Design Museum entitled Home Futures: Living in Yesterday's Tomorrow which takes again, the theme beloved of the Bauhaus - the merging of architecture, technology and everyday life - over the last 100 years. And the collaboration partner in this case is none other than IKEA.

I haven't been to this one, and probably won't get a chance, but would love to see the installations which examine the concept of home, for example, Uninvited Guests "... a series of connected smart devices tracking diet, health and sleep and intrusively offering advice on self-improvement." Yikes.

The Bauhaus movement arose in a time of change as electricity was becoming commonplace in everyday homes as well as cities, an industrial age, but also an age of increased connection via radio and telephone. IKEA conquered the world as the information age was born, with its democratisation of design.

With the digital age and its promise (or threat) of artificial intelligence, augmented/virtual reality, 3-D printing, cybercurrency, autonomous vehicles and all the rest upon us, I wonder who or what will be illuminating us on how to live? Who will be the real architects of the Smart Cities? Bauhaus was a design movement, IKEA is a retail brand. It's likely that the new Bauhaus will be a platform of some sort - social media, mobility, healthcare, retail, technology - who knows?

But will there be human beings behind (or in front of) the platform? 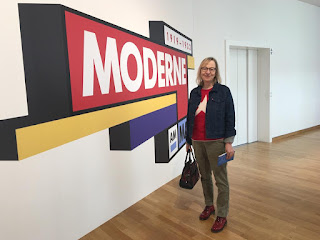 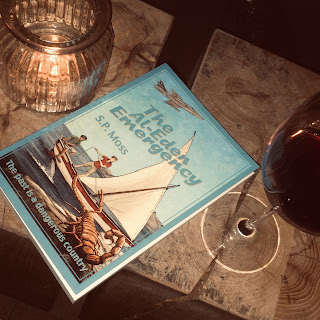 In the autumn of 2018, I celebrated becoming the owner of two passports – and thus two citizenships – German in addition to my native British. I’ve always enjoyed being something of a mongrel, and I believe that in the future, having experience of both cultures, languages, and ways of doing things will stand me in good stead for whatever life throws my way.

Designer dogs
At around the same time, I signed a publishing contract for the third in a series of retro-style adventure stories for 9 -12s. And this signature would also lead me towards a new status, this time as an author – what I believe is called a hybrid. Nothing to do with roses, or vehicles, or designer dogs with funny names, but rather an author who is both traditionally and self-published. But before you start imagining the story of an author bravely “going it alone” after enjoying the dizzy heights of publication by one of the Big 5, let me gently remind you of what you already know: every path to publication is different.

My “traditional” publisher couldn’t be less conventional. And my “self-publisher” has often been described as a Rolls-Royce.

Boy’s Own adventures for the 21stcentury boy – or girl
Although I’ve written fiction on and off throughout my life, it wasn’t until I’d completed a fourth novel that I decided to take this publication business seriously. This particular story was inspired by my father, who’d been an RAF pilot during the Cold War years. When my young son started asking questions about the granddad he’d never known, a delightful question whizzed its way into my head:  what if a 21stcentury boy, born into the digital age of smart phones, Google and virtual reality could meet a hero of the analogue age, and experience all the adventures of those days?

Cue a reimagining of the Boy’s Own-style adventure story for the 21stcentury boy – or girl. I did have interest from one or two agents, but in the end, it was a competition run by a small press (Earlyworks Press) that was my stepping stone to publication. The Bother in Burmeon was published in 2012 by Circaidy Gregory, an Earlyworks Press imprint. Two years later, a sequel – or is it a prequel? – saw my young hero whisked back in time for another adventure with his Grandpop, this time in Trouble in Teutonia. For both of these titles, I’d enjoyed the creative freedom an author has with a small publisher – I had considerable personal input into the cover design and the look and feel of the book (carefully produced to reflect the retro-style) as well as writing the story. A drawback of a smaller publisher is that marketing budgets don’t stretch further than a few posters and flyers, but the advantage is that the author has licence to do their own thing. I had great fun contacting my old chums in advertising and design for the websites and the YouTube trailer.

Going it alone
The next book was rather a long time coming, as work and family life gobbled up much of my spare (writing) time. My publisher gave an enthusiastic but non-committal response to the story in theory as I crossed my fingers and got on with polishing. But after a few months, the woes that can beset a small press became more and more apparent. Lack of time and resources. Other priorities necessary simply to keep afloat. Promises made to other authors way in front of me in the pecking order. A decision deadline came, and I was advised it would be better for me to find another publisher or go it alone.

I have to admit this flung me down in the dumps. 2018 wasn’t my greatest year.

For the rest of the story, please continue here
Posted by Sue Imgrund at 12:53 No comments: 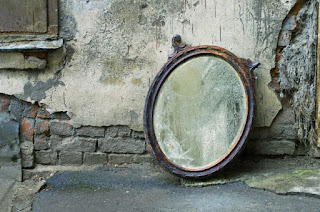 On (and off) the road 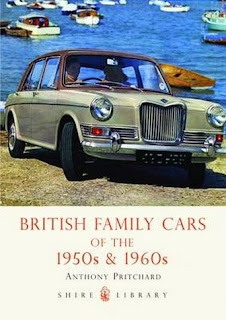 In the light of the recent UK advice to parents about restricting children's screen time , I was interested to see a new idea from Volkswagen's Amsterdam-based agency, ACHTUNG!

When I was young, car journeys inevitably involved looking out of the window, either aimlessly, or possibly in conjunction with an I-Spy book or a game of something like Pub Cricket. But these days, children probably don't even know if the car has windows, so intent are they on peering down at their screens.

But using an idea rather like Pokemon Go, the new location-based app, "Road Tales" (Snelweg Sprookjes) combines real-life objects with the imagination of children's authors and the young listeners and viewers to create personalised adventures - for example, a tunnel may turn into a rocket.

An imaginative idea that's entertaining for the 4-11s, useful for their parents and will add to the perception of the VW brand as both family-friendly and innovative.

Thirty years ago, at the beginning of my planning career, I was working in the most famous agency in London on "the world's favourite airline." I don't think I need to name either.

Three decades on, that airline is celebrating its centenary (or at least the centenary of one of its predecessors). And, for the first time in six years, has created a brand campaign. Described as "a love letter to Britain" the ad shows scenes of BA employees getting ready for the centenary flight, as well as a cast of celebrities and everyday passengers travelling on the flight.

Nice as it is, I find it rather underwhelming. It's meant to show the creativity and pioneering spirit of Britain but there's nothing creative or pioneering about this ad. It's derivative of the Nike "Londoner" ad as well as any number of films that were put together for the 2012 Olympics (I expect Britain will continue to milk that one for ever, rather like the Battle of Britain or the 1966 World Cup). And where is the famous British humour? A no-show, apart from a weak joke about tea. What exactly is the idea behind this ad? It comes over rather like a safety video without the safety bits.

It's not clear whether this is an ad for Britain in general, or for the carrier. Is it meant to make people feel good about British Airways, or Britain?

I know I'd feel better about Britain if I had a clearer sign that despite all the Brexit crap, the spirit of innovation and creativity is alive and not just well, but kicking.

Like a commercial that will still be remembered in thirty years' time.