Is the Long Tail being docked? 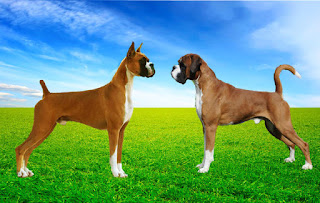 Twelve years ago, a book came out which celebrated the almost unlimited choice enabled by the internet: The Long Tail, by Chris Anderson. Four years ago, I questioned the notion of choice: were we maybe living more in an age of pseudo choice, where increasingly, the internannies Google, Facebook and YouTube were knowing better what we were looking for: Did you mean ...?

I'm still irritated by Did you mean .....? as in most cases, no, I didn't. If I looked up something obscure that 99.9% of people would never search for, the chances are I did it on purpose. But in the four years since I wrote that post, the internannies have become increasingly sneaky, manipulating what we might or might not like to see behind the screens.

And, reading this excellent article from Contagious, about Voice. It's estimated that, by 2022 55% of US homes (48% of UK) will have a Smart Speaker in their home. And within two years, 30% of web-browsing will be done by voice.

Of course screens won't disappear, in the same way that bricks and mortar shops won't disappear, or TV advertising, but imagine this: if you search for an item on amazon via your device, you'll probably look through a largish number of the options presented. You can process visual information pretty rapidly.

But if you ask Alexa, how many options are you likely to want to listen to? Not many. Processing of auditory information takes far longer.

Whether you dock a dog's tail is a matter of choice and fashion, but I can't say I particularly like it.
Posted by Sue Imgrund at 12:49 No comments: 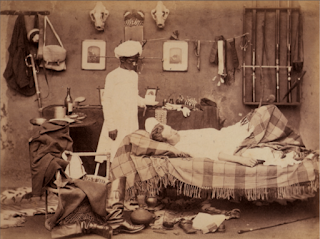 Brand Purpose seems to be the 21st century equivalent of Brand Positioning - everyone wants to have one, and for good reason. There's maybe a tendency, though, for Purpose to be confused with Doing Good, in that what used to be called CSR activities are now labelled as Purpose.

It's probably the subject of another blog, but ideally, Purpose should drive the entire brand, with the 'Doing Good' activities stemming from it. But Purpose itself does not have to be about saving the world single-brandedly.

Still, whether its an overall Purpose, or activities that stem from that, it's important that these are true - and unique - to your brand. It's only too easy to look at something like the UN Sustainable Goals and pick something you like the sound of or is flavour of the month in the media.

To be true to the brand, the Purpose or activities should:

- reflect the brand values and beliefs
- connect in some way to the products
- be motivating for customers
- be relevant for what's going on in society.

A great example of a very simple brand "doing good" activity is the tonic water brand Fever-Tree which supports the eradication of the disease malaria via Malaria No More UK (since 2013) as well as recent lobbying of Commonwealth Heads of Government via Malaria Must Die. So Millions Can Live.

The connection is very simple: the ingredient that gives tonic water its bitter taste is quinine, derived from the Cinchona tree, known as the "fever-tree" - hence the history with the colonial time in India. This may be an association that is not particularly desirable these days, but it is great that the brand hasn't shied away from this, rather turned it around to look to the future and doing good.

It would be great if they had an underlying brand purpose, too, from which a wider range of activities could stem - or maybe they have already? 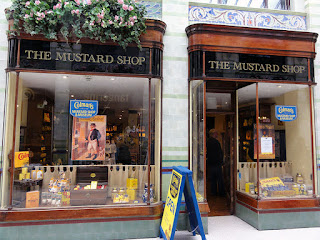 Carrying on from last week's post on the subject of Great (New) British brands, I'll turn my attention this week to a couple of British brands born on the other side of the millennium.

The received wisdom is, these days, that it's all about 'Experience' and 'Story'. Something the brand Colman's Mustard did, I feel, most admirably with the Mustard Shop & Museum in the Royal Arcade in Norwich. Sadly, it seems that this wonderful emporium closed down last year.

But just a little further south in East Anglia, Tiptree jam is opening up another tea room, this time in Chelmsford. 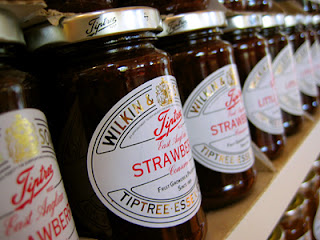 This tea room is slightly different from the brand's previous forays into retail and gastronomy in that it's in a rather more modern setting. It's easy to design an English tea room when you have a quaint country cottage or ancient mill at your disposal, but with a modern building, the designers have to think differently. I think they've succeeded with their blend of the past and the present: 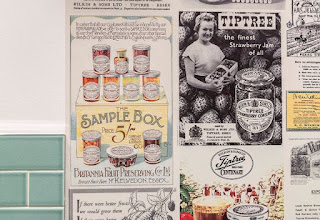 Let's just hope that Tiptree isn't the next to be taken over by Unilever.
Posted by Sue Imgrund at 10:34 No comments: 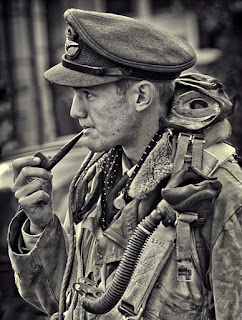 I always admire the organisation Trendwatching for their breathlessly optimistic tone of voice, something that old cynics like me would do well to take heed of. Back in 2016, in the light of Brexit and the rise of Mr Trump, the agency suggested that brands might like to join the backlash against globalism in a positive way.

It seemed naive at the time: surely all those that supported Brexit were dreadful flag-waving jingoists at best? But now, with Facebook in the particular limelight that's reserved for villains of the piece, maybe there is room for 'Nation Nurturers' to stand up as heroes for people 'seeking solace in the familiar.'

I've found two menswear brands that are doing just that, and combining the history and tradition of the British Services with bang up-to-date business models and media.

First, there's Realm & Empire, who have 'honest, original garments that offer modern fits with strong historical links.' Inspired the archives of the Imperial War Museum, this is just the ticket for those who'd like a piece of vintage kit but find only sizes S and XS on eBay. Wouldn't mind a job as a designer there!

And then there's a brand that's only been around half a year or so, Patria , which is a purpose-driven outfit, founded and staffed by veterans and committed to supporting Armed Forces Charities. The business model here is bang up-to-date, employing crowd-sourcing, which removes the necessity for stores and stock, and cuts down on waste. They're currently offering T-Shirts and Sweatshirts to celebrate the RAF centenary.

Patria's logo, the terrier 'Jack', is, quite simply, top hole.

Chocks away, chaps!
Posted by Sue Imgrund at 17:26 No comments: 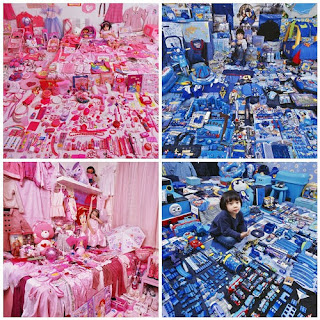 Advertising in the past (especially from the likes of Procter & Gamble) frequently featured a format known as Problem - Solution. The Problem would be dramatised in a way first to get heads nodding - oh-yes-I-have-those-stubborn-stains-too-but-never-dared-mention-them. Then, in a starburst of glory, the Solution would enter the screen in a heroic pose, possibly accompanied by a man in a white coat or a super-scientific nifty demo.

Once super-hero Solution had done its job, the end benefit would be celebrated with cheesy smiles all around (particularly if the Problem was unsightly yellow stains on teeth, or similar.)

However, after a while, 'Problem Fatigue' began to set into that style of advertising. Most of the world's household stain problems, washday woes and less-than-perfect skin, hair and teeth gripes had been tackled, if not completely eradicated by the various solutions on offer. Companies started inventing problems to which they'd already made the solution. Or dilemmas which no normal person in their right mind would ever entertain. It all got a bit ludicrous.

But a few years ago, advertisers started to strike a rich seam. Problems - less physical, more attitudinal - that the advertising and marketing industry had themselves created.

Take the picture above. Back in the 80s, 90s and even early noughties, clothes and toys for young children were fairly gender-neutral. With a few notable exceptions. But for the last couple of decades, more and more sparkly pink and girl/boy-designated books, toys, birthday cards, wrapping paper  and even cakes and sweets have crept in. So, all of a sudden, there's an issue - gender stereotyping - that brands can bravely fight against. While keeping quiet about who created the problem in the first place.

Ditto Objectified Women in Advertising. There are more than a few plucky brands taking a stand against this issue. Accompanying their efforts is a narrative that suggests that back in the dark ages of the last century, almost all women in advertising looked something like this, unless they were cast into the role of mother/housewife: 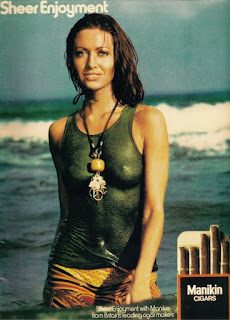 And, worst of all, women at the time meekly accepted their lot of how they were portrayed. Really? Maybe most of us had more important things than advertising to worry our pretty little heads about at the time.

While we're on the subject of women, there are those now well-known enemies: flawless beauty: 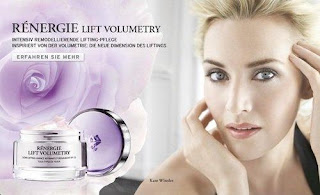 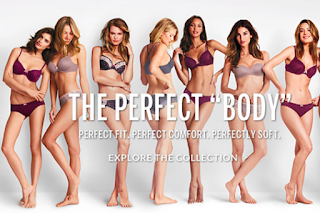 Again, these 'issues' - which were manufactured by the advertising industry itself - are being used as societal problems which the new, virtuous, purpose-led brands can rush in and solve in a blaze of awards, social experiments and tear-jerking commercials.

What takes real bravery, though, is to admit to having created (or exacerbated) a real problem, like plastic waste,  or  unnecessary additives in foods and make a commitment to do something about it: 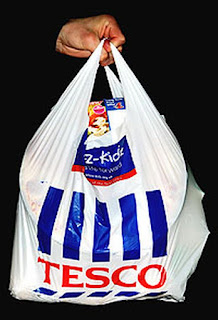 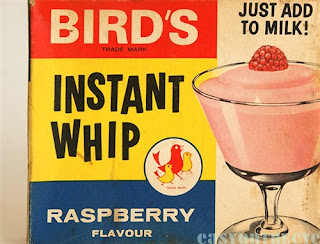 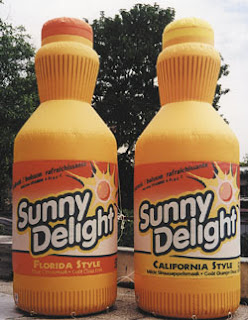 Sometimes the world of advertising, with its issues, problems and solutions, feels rather like the world of reality TV, where the winners of one ghastly show are recycled as contestants for the next.

And no-one outside the echo chamber really cares.