Getting your facts straight 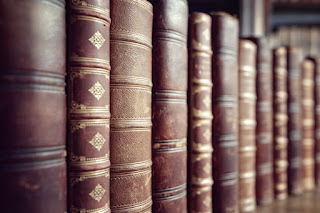 I'm not sure when the obsession with "fact-based" and "data-driven" insights began, but I do know that often enough, chasing after spurious "facts" and/or data to support whatever argument you want to make takes more time than carefully constructing your knock-their-socks-off strategy.

Now, who in their right mind would demand to see the data or facts supporting that? The whole thing about insight is that when it's good, it's like an a-ha, a Eureka, a leap of faith, a revelation, the obvious that you'd never really thought about that way. Your mind has done a flip from rational, step-by-step logical thinking into a more holistic way of seeing the world.

I must admit it can be tiresome to be continually asked to back everything up with facts, or data. I'm a one woman show, and if clients think it's best use of my time scouring the internet for random information that may appear relevant to the case, but on closer inspection isn't, then so be it.

For my own part, I'd offer the following advice:

What are your reasons for demanding facts and data, and are they good, or is it about ticking the "selling it in to management" boxes?

Have a look at some of the facts and data you're presented with. Do you see a % sign, an asterisk and a source and think good-o, time to move on?

But if the percentage represents people, you really do need to find out at least which people, when and where, to judge whether the data is relevant to your case. And best to delve into what (was meant when the word "brand" was used in the survey, for example) and why the survey was done, while you're there.

For example, you may find that those numbers regarding propensity to switch brands during the pandemic were only referring to brands of toilet paper, not brands in general.

Or that the survey of young people's attitudes to social media privacy was carried out in 2015.

Or that the sample asked about brand activism consisted only of college students from the USA, who'd volunteered to take part in a survey on the topic.

It's far more dangerous to argue from the particular to the general than it is to admit to not having 100% relevant hard data to support a particular point.

Whatever happened to the inno-net? 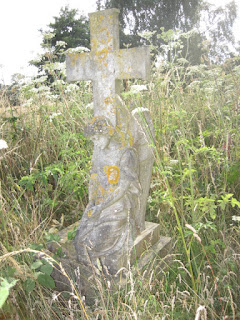 I've remarked before how the relationship to the internet has changed over the last few decades - from the intrepid surfing and exploring of the early days, to amiable stumbling through to passive feeding. Well, of course, it was never going to stop there. The last couple of weeks have made me wonder if a better analogy for" being fed" could be "unwittingly poisoned".

And I'm also wondering if, these days, it's less Brave New World and more 1984.

In the late 90s and early 2000s, with the advent of Web 2.0, an optimistic and idealistic mood prevailed -  how wonderful that each and every member of the human race could communicate with anyone else they pleased - across and beyond borders. Could social media be the instrument of world peace?

But the realities of what human beings are actually like are now all too apparent, and the answer is: Not Bloody Likely. I'd love to know how often the word "toxic" is used in on- and offline conversations today compared to even twenty years ago.

Human beings don't like other human beings disagreeing with them. Neither do they like to be ignored.

And it's well known that nothing pleases human beings better than having their own opinions confirmed and amplified by others of a similar view. Hence the efforts built into the algorithms to keep people "inside the corral", as Bob Hoffman, the Ad Contrarian, puts it: "the algorithms feed us incrementally more lurid notions of our own dispositions." And this, of course, is in the platform's interest, to sell more advertising space.

I'm not on Twitter, but I did experience the diffusion of an online forum for writers a few years ago. The forum was run on some fairly shaky technology, and in the early days was a convivial and collegial sort of place. Of course we had differences of opinion, but we were all writers, right?

But at some point it started to go sour. A few righteous souls started stamping around and policing the place, which naturally led to individuals of a loud and rebellious nature taking a few pot shots back. Entertaining at first, but inevitably it all got rather tiresome, and writing took a second place. There were even accusations of fixing competition results - a microcosm of what's happening across the pond, if you like. Then at some point the shaky old software finally gave up the ghost.

New groups formed - a big shiny commercial one from the original hosts, as well as others created by individuals of one hue or another. It's accepted we'll never be the big happy friendly cloud crowd we were ten years ago - although maybe that was an illusion, too.

This brings me to this article by Aris Roussinos which suggests that maybe Europe needs to get out of the information and (Big) tech stranglehold as well as China's industrial and economic stranglehold. Could this be the beginning of the deglobalisation of the Internet? A European, civilisational internet?

Or maybe just civilised would be a start. 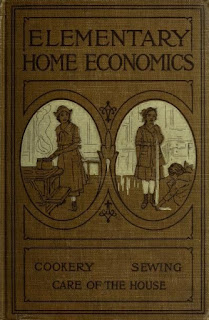