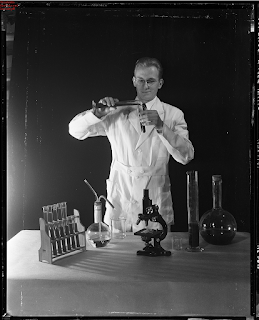 There’s a new pandemic in the UK - this time, of medical test providers, with more and more springing up daily like new Covid variants.

Whereas it seems to be possible in Germany to travel a short distance to the nearest town and get your PCR test to travel, in the UK the situation is rather different.

It’s a requirement of entry from Germany at the moment to pre-order tests to be done on Day 2 and Day 8 of your ten day quarantine period. And booking and waiting for these tests is an experience that would certainly dim the Wanderlust of anyone remotely faint-hearted (or anyone whose native language isn’t English).

The UK government website currently shows 433 test providers.  Would-be travellers are advised that the government doesn’t give any advice about these - the traveller is advised to “do their own research”.

Now, can you imagine researching 433 different options? Going through this medical multiplicity is rather like being on booking dot com or similar: “only 6 tests left at this price” “1m people are looking at tests for this date” “3,000 tests booked in the last hour” - I am not exaggerating greatly.

Most of the providers have smart, well-designed websites that promise efficiency, reassurance, simplicity, speed (if you can afford it) and so on and so forth, all at a reasonable price. Many have names designed to get them to the front of the list. Some boast their capacity, others their Mission and caring/human credentials.

But in the end, it’s not like choosing a hotel that you may want to come back to. It’s what is called a “distress purchase” that most people resent paying for, and you just want it done and delivered in time.

I’ve had a mixed experience with Day 2 (delivered in good time) and Day 8 (somewhat tardy and had me perspiring a little, especially reading some bad reviews about lost tests and missing flights).

I’m about to do my test to travel, which is even more critical.

I can only hope and pray.

Your customers choose you 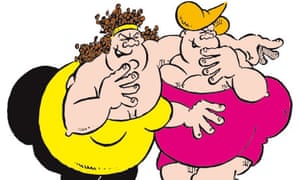 Back in the days, when I could sell my books at live events, I’d get into conversation with people at the museum, or bookshop, or school, or wherever it was. Some of these conversations were unexpectedly fascinating, and could have been the basis for new stories in their own right. Then every so often, a customer would say something - express an opinion - that I didn’t agree with. What was I to do? Snatch the book back, climb onto my high horse and proclaim that I didn’t want people of their sort buying my books? Of course not.

A couple of weeks ago, I saw a video entitled “Thank You, North Face”, which is part of a wider campaign from Liberty Energy to create provocation/put the facts straight (take your pick) about the oil and gas industry continually being cast as the villain in the climate change and sustainability story. In it, the CEO enthusiastically thanks The North Face for being such a great customer. I think this campaign pricks over-inflated corporate virtue-signalling puffery with a very sharp pin. It’s also a reminder that while you can choose your suppliers (although you may not want to shout to the rooftops about who those are), you have little choice in reality about who your customers are.

This all goes back to the arrogance of brands (or the people behind them) that I’ve written about before. However many idealised personas your marketing department draw up - clean-living, well-adjusted people who share your wonderful brand values of inclusion, diversity and wellness, and are passionate about making the world a better place - there will be countless numbers of people who’ll buy your brand who might smoke like chimneys, drink like fish and hold unfashionable, uneducated views. Some of them may even be Brexiteers.

I’m in the UK at the moment, and read about brands boycotting the new news channel, GB News . I haven’t watched the new station - I’m not particularly interested to be honest - but it would seem to be a rather bumbling post-Brexit channel for the sort of people who comment in the Daily Mail. Fair enough.

But advertisers boycotting it? Unless you’re a bijou boutique exclusive brand-thingy that maybe can hand-pick its customers to a certain extent, this seems to make little sense. Especially for a mainstream brand like IKEA that has always claimed to be “for the many people.”

As Batman might have said: “They may be GB News viewers, but they’re also human beings." 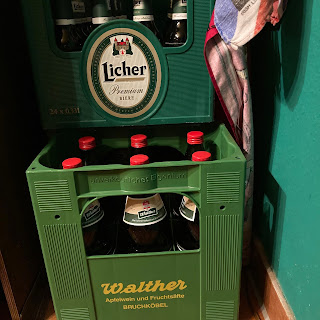 Goodness me, I had a bee in my bonnet (or Coke can) back in 2003 about the farce of deposits on cans. In another of my Retrowurst articles salvaged from the mists of the past, I describe the situation regarding Das Pfand, or deposits on bottles and so on in Germany. Did this really happen, or did I imagine it?

This month I’m going to be writing about something that started off with all good intentions here in Germany, but which has escalated beyond all reasonable proportions to become farcical - the Pfand.

My first (very positive) conscious experience of the all-pervading influence of the Pfand on daily life in Germany was on my first trip here in 1994. We were visiting Freiburg, a beautiful university town in the Black Forest. It was a warm evening in late May and we had climbed up a small hill to a beer garden overlooking the old town. In the beer garden were long wooden tables at which sat large numbers of people, mostly students, enjoying beer after beer without getting at all rowdy or out of order! It was all very civilized. It occurred to me that this was all very different to what I’d experienced in pubs outside in the summer in my student days where the over-riding memory was of lots of rather worse-for-wear people drinking lager out of plastic cups. And this was the big difference. The pfennig dropped. It was civilised because people were sitting down, drinking out of nice, solid beer glasses. ‘Don’t people ever start throwing the beer glasses around?’ I asked my friend. ‘Certainly not - they’d lose their Pfand’ was the answer.

The Pfand is, of course, the deposit, that you pay on a glass when you drink outside, whether it’s at a fest or in a beer garden or on a nice pottery mug with Glühwein at the Christmas market. For a little bit of extra admin on the part of the serving staff, you get treated like an adult and enjoy the drink itself and the whole experience more - after all, everything tastes nasty out of a plastic cup. And it’s not just in bars and restaurants that one pays a Pfand, it’s also in the off-trade, which is the main subject of this piece.

The Germans have always been a step ahead when it comes to re-cycling compared to us Brits. That, coupled with their drinking habits, has meant that the whole way that one buys drinks for in-home consumption and the trade structure is a little different. Beer tends to be sold in re-usable bottles which one buys in crates, water is bought in re-usable glass (or increasingly PET) bottles, also by the crate and soft drinks are usually bought in re-usable PETs too. All of these bottles and crates have a Pfand on them and Germans tend to buy drinks on a separate shopping trip to the groceries from a separate Getränkemarkt, or drinks warehouse, which may be attached to a Supermarket chain but will invariably be in a different building.

This is all well and good for bulk buying for in-home consumption where it’s easy to pour yourself a glass of cola or open a bottle or two of beer then store the empties in the crate in the cellar to be taken back at a later date. However, where the Pfand idea is now getting out of hand is in the so-called Einweg sector of drinks cans and bottles - packaging forms that can probably be re-cycled but cannot be re-used. Typically, these tend to be the drinks that one buys for out-of-home consumption- the bottle of water for the train journey, the can of cola for lunch in the office and so on. Until the beginning of this year, one could buy drinks in these packaging forms without thinking.

The government in Germany is a red/green coalition and it was from this government that the thought came to put a Pfand on Einweg drinks in order to reduce the build-up of waste. Even though, many of the cans and plastic bottles can be re-cycled, this of course won’t happen unless people dispose of them in the right bin. So the solution was to put the responsibility for collecting these empty cans and bottles out of the hands of the consumer and into the hands of the retailer with the introduction of the Einweg Pfand. This where the whole story starts to get absurd. If you buy a can of cola from a shop, a kiosk or a sausage stand, you have to pay a deposit on the can and bring it back to the place that you bought it with the receipt as proof of purchase. Now, for a couple of Euro Cents, most of us wouldn’t bother. However, in some cases, the Pfand is not much less than the price of the drink- for example, a can of Pepsi in my local shop is 27 Euro Cents but then with 25 Euro Cents Pfand on top of this.

One does have to question, good intentions aside, whether all the extra hours involved on the part of the retailer for the admin involved and the extreme consumer annoyance is really worth the long-term environmental benefits. Canned drinks have almost disappeared from the shelves of the drinks markets as people are voting with their feet. The real issue is for manufacturers and the ever-expanding drinking-on-the-go segment. I know that my own response has been to buy drinks in tetrapacks or those foil pouches when I’m out and about and I know that many others do the same. Perhaps the real solution is for manufacturers, retailers and the government to work together to develop universal can-return stations where at least you can buy your can of drink at Frankfurt station and put it in a disposal unit in Düsseldorf station to get your money back. Unfortunately, this is something that should have been in place before the Pfand was introduced so that we wouldn’t have had to live through the chaos that now operates.

But at least, when you’re hot and sweaty from driving around to the six different places where you bought drinks last week to get your deposit back (and wasting God knows how much petrol in the process) you can sit down outside in a nice beer garden and enjoy a beer from a proper glass.

Maybe it’s digitalisation, maybe I’ve adapted and simply become more German. But these days, you can return your cans any old where, more or less. I’m still quite smug about how Germany was always one step ahead in this area, ditto cloth shopping bags.

Maybe the moral is that some things have to get worse before they get better.