Hot on the heels of the ad that writes itself (see previous post) comes the personalised ad, from Axe in Brazil. The brand has created 100,000 versions of its Romeo Reboot commercial via programmatics (yes, I know, I don't have a clue what that is, either.)

Four broad audience segments have been identified - based on music taste and previous purchase - with four top filmmakers each shooting their own version of the film. Within each of these, various scenes can be personalised, leading to 100,000 permutations in all.

This is, without doubt, impressive.

But is it yet another case of doing something just because you can? Something in this reminds me of those children's books where you can choose which way the plot turns at a number of points. And although these have an undoubted novelty effect, in the end most children would rather be reading Harry Potter.

Technology can never be a substitute for a great idea, based on human insight, that unites people - whatever their taste in music, deodorants or Shakespearean heroes.
Posted by Sue Imgrund at 09:10 No comments:

Ads that write themselves? 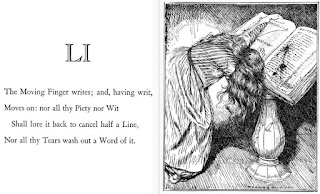 I wrote a little while back about the brilliant idea of a coffee poster that started an outbreak of yawning on the Brazilian subway. Still on the theme of coffee, and posters, comes what's being hailed as the world's first artificially intelligent poster campaign. Rather an unfortunate choice of words there - I would hope that the world has already seen many, many non-artificially intelligent poster campaigns.

Anyway, it has been created by M&C Saatchi in London for a fictional coffee brand, Bahio, and it's a poster that evolves according to how people react to it facially. This goes on for a month until the 'best' ad evolves through a kind of high-speed natural selection.

You can read more in this article but I thought I'd list some of the key principles at work here:
- Darwinian natural selection
- powered by a genetic algorithm
- analyses strength
- 1,000 images/fonts/layouts/copy
- length of engagement ... and so on and so forth.

Human creativity and judgement seem to be absent, apart from thinking up the whole thing in the first place.

Creative nightmare or the way to the future?

I've recently had the pleasure of viewing What is a brand? presented by Jeremy Bullmore and Stephen King of JWT, London in 1974.

It's well worth looking at, for marketing maestros as well as connoisseurs of culture. The period detail is wonderful, from the graphics and the music, to the mentions of "a pound and a half of nails from the ironmonger", "brown suits" and "Elton John-style glasses." Even the "perfectly ordinary people" answering that old chestnut about what kind of person Brand X would be if it came to life come up with descriptors including "dainty", "bovine", "mini-skirted", "go-ahead" and "catty".

The content of the talk is excellent. The two well-spoken chaps take us through The History of Brands, What makes a Brand Ssuccessful, and The Role of Advertising without needing childish infographics or any other dumbing-down props. Their talk is predictive of the power of retailers (mail order rather than internet in those days) and the emergence of consumerism, including boycott groups. For all the wet-behind-the-ears new marketers out there blabbing on about "empowered consumers" who are "in charge", please ask your elders about what happened to Barclays Bank in the 70s as a result of investing in South Africa.

There are also loads of ads - most of them from around the 36 minute mark from brands both classic and vanished - Homepride Bread, Brymay Matches, Ritz Crackers, Winalot, Monopoly, Mr Kipling's Almond Slices, Kodak Instamatic.

The best part of all is the case history from the toilet paper market: Andrex vs. Delsey. Delsey cut their ad expenditure and started discounting while Andrex invested in building a personality through its cute and charming commercials. Andrex, of course, ended up being valued far more despite having similar characteristics to its rival.

What on earth happened to Delsey?
Posted by Sue Imgrund at 13:53 2 comments: 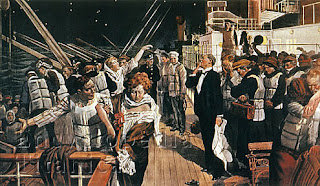 So many marketing activities seem rather insubstantial and throwaway in these digital days. But I've seen a couple of great ideas in the last couple of weeks that operate purely in the real world of things you can touch, hold and use to your benefit, both from brands thinking about the values of family and safety.

The first idea is from Hyundai, together with their agency CREO/Y&R in Slovakia. Slovakia is hit by reductions in hospital funding, with the result that many newborn babies are pushed around in supermarket trolleys. Hyundai have developed a hospital trolley specially for new borns, as a generous gesture to help young families while putting just a little branded hint in their direction exactly when they may be thinking about getting a new, safe, family-minded car.

And then there's an idea from Vodafone in India, together with Ogilvy Mumbai. It's an umbrella/parasol that doubles as a weapon (maybe inspired by the late, great Patrick MacNee?). The cultural observation and insight here is that many men from villages are forced to leave their wives and families to seek work in big cities. They send their earnings home via Vodafone's transfer service. Of course, women collecting the wages are feeling vulnerable enough anyway with their husbands away, but even more so carrying the cash around. So the umbrella can help to give them more of a feeling of security.

Simple, but effective ideas of substance. No deep philosophical insight, just a down-to-earth and practical understanding of people's needs at different times in their lives. And ideas that will still be there tomorrow. 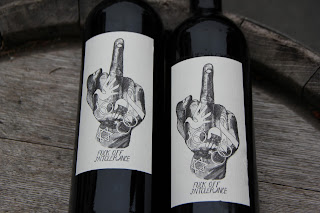 One characteristic of marketing in the 21st century is the way brands are increasingly taking a stance on societal issues. On the whole, I think this should be applauded and I've blogged about various good examples of this in the past.

But the way these good intentions are executed is often far from good. Take the example pictured above, from Weingut Strieth. The owners of this vineyard in Rüdesheim-Aulhausen have decided to take a stand against intolerance and have designed a new label for their Spätburgunder. The intentions are laudable, but I'm afraid that the label design just doesn't do it for me.

Ah, they've achieved their aim, you might think. Disgusted of Bruchköbel is busy putting finger (middle one, actually) to keyboard and complaining about this rebellious affront to decency, bringing the wily wine-makers and their product to everyone's notice.

The thing is, there's irritation of the provocative, powerful sort, and there's the sort of irritation that the Germans call Fremdschämen - to be embarrassed  on a stranger's behalf. The use of English swear words as "cool/trendy and a little bit naughty" has been rampant in Germany for the last few years. It's bad enough when it's second-rate rock stars on casting shows, but when it gets to Angela Merkel talking about a "shitstorm" my cringing Fremdschämen needle goes off the scale.

Swearing in English just makes the wine-producers look as ill-educated and stupid as the Neo-Nazis that they're against.

Why, I wonder, didn't they use the German equivalent of their thoughtfully-copywritten slogan?
Posted by Sue Imgrund at 15:59 No comments: