When fact grows into myth 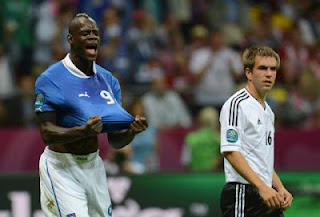 If I had been given €10 each time I'd heard that "Germany have never beaten Italy in a major tournament" in the last few days, I'd be a rich woman. At first, it was just being repeated parrot-fashion from one journalist to the next, but shortly before kick-off, a simple fact had metamorphised into a full-blown myth.

Germany was under a curse, with all the attendant implication that they would never be free of it - which of course was substantiated in the 90-odd minutes that followed. And, while facts can be changed, a myth is sticky, and has implications that a higher power is somehow at play. It's out of the hands (or feet) of mere mortals.

Well-known brands also collect myths, which probably had their origins in fact somewhere. Every IKEA group discussion I have attended has always had someone remarking that "there is always a screw missing" - with a wry smile, as if this is the most original comment on earth. And everyone else nods and smiles wryly, too.

It's always helpful to know what the myths are that circulate about your brand - and some brands have been very clever in using these to their advantage in their communication - even if they appear negative at first sight. The "screw missing" myth makes IKEA fallible, human, endearing, even.

And Marmite has used the "love it, hate it" myth as the basis for the campaign, even creating new myths around the brand, such as the slightly sinister-sounding secret society, the Marmarati.

One word of advice to the German press, though. If you really want to get behind your team, you might want to avoid an "England never win in a penalty shoot-out" situation. That's more that a myth - it's a giant millstone. 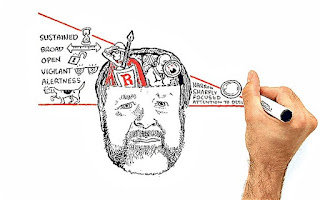 When I first started in advertising, people who could draw - and particularly those who could express ideas via drawing - were much in demand. From art directors' scribbles for a spectacular new TV commercial, to a planner's smart flip-chart page in magic marker, original drawings of one sort or another were a key mode of expression.

Things changed sometime in the 90s when Powerpoint and stock photos took over - and the onslaught of happy smiley people continued into the 21st century via Google images and digital photography. Writing up the output of a workshop became more a case of  loads of photos of loads of illegible Post-It notes.

But I'm pleased to see that drawing as a way of expression of ideas is making a huge comeback. The excellent RSA Animate videos, featuring artist Andrew Park from Cognitive Media, which have been viewed by millions on YouTube have had a major influence in this. And it's now becoming common practice to have a scribe as well as a facilitator at workshops and conferences - such as the services offered by Animanova.

I'm pretty sure that a picture must be worth a thousand illegible Post-Its! 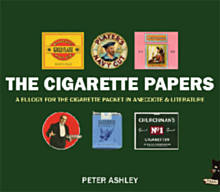 A few weeks ago, an TV spot from Cancer Research entitled "Plain Packaging" broke in the UK. The spot is intended to generate support and lobbying for a move to pack tobacco products in plain packaging, and shows clips from a group discussion amongst 7-10 year-olds, discussing what attracts them to cigarette packs. The children mention that the packs are "pretty", "funky" or "cool", or that "red is my favourite colour."

I haven't got an axe to grind about smoking. I don't smoke myself and any sensible measures to help people give up smoking should be praised, knowing what we do now. However, there is something unpleasantly manipulative about this film. How do the parents feel about their children being "used" in this way? Surely, if the packets really are so compelling and attractive, the children in this film are already hooked. The comment from one boy that the symbol on one pack "reminds me of the Tintin books" will give some over-zealous official the excuse to kill off two un-PC elements with one stone.

The criticism aimed at much market research that it deliberately hot-houses and draws people's attention to things they would not notice in real life couldn't be more apt than in this case. On the list of communications vying for a 7-10 year old's attention, cigarettes packets aren't exactly competing with the latest McDonald's Happy Meal Toy or upgrade to Doodle Jump.

Contrast all this with Peter Ashley's new book, "The Cigarette Papers". There's no preaching here, for or against, simply a beautifully illustrated commentary on the golden age of cigarette packaging. There was a time when cigarettes were as woven into the tapestry of everyday life as Smartphones are today. And, to prove that there's nothing new under the sun, this book is packed with examples of product placement, loyalty schemes, brand extensions, celebrity endorsements, sponsorships, added value, branded apps and games - except that no-one referred to them as such in those days.

Just make sure you leave it on the top shelf - you don't want your children seeing it.
Posted by Sue Imgrund at 11:48 2 comments: 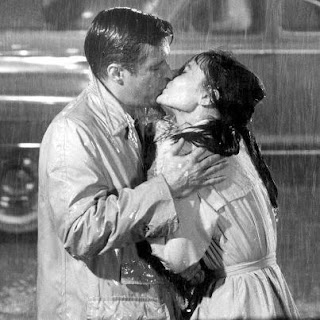 When I'm starting a project for a brand or company I haven't worked on before, the first thing I head for these days is the website, and the first thing I like to look at is the company history section. Not only is it invariably the most interesting bit of the website, pleasantly devoid of stock shots of grinning young professionals and packed full of ancient logos, retro pack designs and print ads half-drowned in the collective unconscious, but it gives you a pretty good idea of what that company is about.

In fact, if you're looking for a brand or company's uniqueness, you're more likely to find it languishing in this section than amongst the stated corporate values. These, and the accompanying aforementioned stock shots of grinning young professionals tend to be interchangeable from one company to the next.

These days, Facebook, with their Timelines, has made it simple for any company or individual to start a ready-made history, which will grow as the years move on. As a recently-introduced feature, of course, it means that companies can pick and choose what appears when it comes to the past. Burberry is a nice example of what can be done, with a super collection of raincoat chic and cool through the ages, from Audrey Hepburn to Meryl Streep to Kate Moss.

Burberry joined Facebook in June 2009 - so after that we've got plenty of detail. But there are also some telling gaps. Nothing between 1999 and 2004, for example. Could that have been when Burberry started getting chavvy?

Brands will have to be careful to write and rewrite as they go along. Curating the past is one thing, and curators have always picked and chosen what is best to tell the story they want to tell, but managing a presence should a brand start losing its way is another. 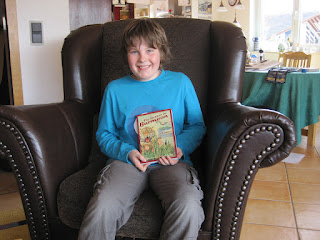 The book industry is, if not in a crisis, certainly in a state of rapid change and turmoil. A report "The Gift of Reading in 2011", conducted and publicised by The National Literacy Trust this week, contains a main finding that is dramatic, to say the least:

In 2005, one in ten of the children and young people surveyed (aged 7-16) said that they did not have any books of their own at home.

And at the rate that public libraries are closing, it's unlikely that this is due to more borrowing of books from libraries. It's also not clear from the data whether this would include ebooks.

Whichever way, you can't hide from the fact that this is an alarming statistic.

But although I am a firm believer in books and reading, and that children are missing something indescribably valuable if they don't have access to books, from a long-term perspective, maybe this situation is going back to the way things were decades ago.

The point is, even if children don't have physical books, they will always have stories - it's a fundamental part of human nature. And how much does it matter if a twelve-year-old learns the story of the Trojan War via watching Brad Pitt rather than reading Homer's Iliad?