Seeing the rather splendid Wes Anderson Christmas Ad for H&M has reminded me yet again of how close the worlds of branded communication and entertainment have become. The current interest in storytelling, which I've blogged about here, shows no sign of abating, and, while I have some misgivings about the way storytelling is being pushed by naive and/or unscrupulous consultants, it's a subject which is close to my heart.

There's a good article in The Atlantic by John Yorke which poses the question of whether All stories are the same - and if so, why?

The article starts off with looking at the similarity of many story-lines: Avatar and Pocahontas, for example, or Jaws, Beowulf and Jurassic Park. My favourite that I always use is those three great 19th century novels - Anna Karenina, Madame Bovary and Effi Briest, along with the 20th century true story of Princess Diana - unhappy wife commits adultery and comes to a sticky end. 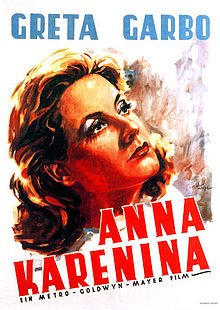 Story shapes and structures are remarkably similar. But is structure something that can and should be learned? Screen and novel-writing courses, and increasingly courses and services for brands and companies include a lot of theory about structure, narrative arcs, inciting incidents, heroes' journeys and all the rest. I have ploughed through Joseph Campbell myself, and it was a bit of a slog.

Some would argue that it's not necessary to learn all that stuff consciously, that it's better to assimilate it naturally through listening to, watching and reading plenty of stories yourself. I was at a school class of 10 and 11 year olds recently, and gave them a simple bit of theory about beginning, middle and end aka the 3-act structure. But I honestly don't think they needed it. All the short stories they produced had a shape, a structure, that made sense.

I belong in the camp not of rejecting all the theory outright, but of not getting too tangled up or constrained in it. The author of the article warns: 'It is all too tempting to reduce wonder to a scientific formula and unweave the rainbow.' Furthermore: 'all great artists ... have an understanding of the rules whether that knowledge is conscious or not.'

For anyone involved in telling brand stories, it's the same. Imagination, a way with words and pictures and an understanding of the brand - where it's come from and why it exists - as well as a big dose of human empathy will get you further than knowing what % of the way into the narrative the second inciting incident should come.

Once you know the rules, you can break them.

Now, get me on that train to the Grand Budapest Hotel!
Posted by Sue Imgrund at 11:30 3 comments: 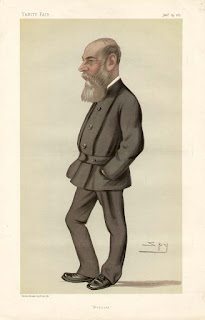 With Black Friday and its antidote, Buy Nothing Day (which has been going since 1992), I thought I'd have a look at boycotting brands.

Despite the blah-blah about empowered consumers or prosumers or whatever they're called this week, people have been boycotting brands, companies and organisations for as long as Captain Charles Boycott (that's him above) gave his name to this particular form of protest. This was back in the 1880s, Boycott was a land agent and it all happened during the Irish 'Land War.' Captain Boycott was the subject or victim of boycotting, by the way.

Historical examples include the boycotting of Nestle over their unscrupulous marketing of infant formula in the 1970s, and also from that era, the boycotting of Barclays over their South African apartheid connections. No student worth their salt would have been seen dead banking at Barclays in the late 70s and early 80s. I blogged about these 'bad brands' here.

I suppose it is inevitable that someone would compile a helpful list of all the pies that Donald Trump has his fingers in (I hope that metaphor doesn't cause too many distressing images) and here it is: #GrabYourWallet: A Boycott List Of CompaniesThat Do Business With And/Or Back The Trump Family.

The spreadsheet also provides Trump-free alternatives to amazon, Macy's, Bloomingdale's, Zappos and the rest. Full marks to the hashtag in terms of creativity, but none to the spreadsheet. Still, it's the thought that counts.

Boycotting brands is one way of expressing your distaste and making a protest. I read another article this week that shows that brands can also be used to spite your partner when relations aren't tip-top and rosy. I suppose it's similar to turning on your other half's least favourite music at top volume if you want to annoy them.

I'm sure there are a few US couples who agree about everything except politics. And, for every potential boycotter, there's probably a Trump supporter examining that spreadsheet in glee to see how they can further rub the nose of their better half in his victory.
Posted by Sue Imgrund at 12:33 No comments:

A brand is not just for Christmas

Anyone who ever says that TV advertising is dead should just take a look at what happens in the UK - and other markets - at this time of year. The John Lewis Christmas ad, with its resulting discussions, polls and parodies, has become as much a part of the British advent tradition as Love, Actually on the TV.

And it's not just John Lewis. There's a shop-load of retailers out there all fighting it out over laughter and tears, and who can bag the most. Waitrose's homesick robin probably wins the Kleenex prize this year, while M&S have gone all-out on middle-aged girl power with Mrs Santa Claus. I have a sneaky suspicion that they probably wanted Emma Thompson for this role.

Now to the bad, sad, bizarre and ugly. Argos have speed-skating day-glo yetis, while Sainsbury's have got a cringemaking song and a tired-looking animation that ticks all the diversity boxes but failed to charm me. And finally, Aldi features an intrepid carrot called Kevin who is variously seen awaiting the John Lewis ad and clambering over a Christmas dinner that will be stone cold and congealing come Christmas Day. I think I prefer the seriously weird German Aldi advertising.

The other thing that occurs to me about this yearly Christmas laughter-and-tears contest is that in some cases it smacks of fiddling while Rome burns. M&S along with a few other retailers are in serious financial trouble this year. Wouldn't their time and money be better spent improving their offer, experience and service?

But my favourite TV ad so far isn't for a retailer, it's a French ad for Milka directed by Jean-Pierre Jeunet. The story of an advent calendar with more than a nod to H.G.Wells.

When I started in advertising, the work you did for causes and charities tended to be very different from the work you did for commercial clients. It's maybe one of the biggest - and most welcome - changes that I've seen in the nature of marketing: large corporations really are doing good business as well as big business.

For example, look at the brilliant idea from IKEA Norway, created by the agency POL, to raise money with the Red Cross. What could be more effective than stumbling across a replica of a Damascus apartment bang in the middle of all those cosy Scandinavian room settings?

One result of this change is that the causes and charities must also up their game when it comes to marketing. And it's gratifying to see them do so, borrowing ideas and imagery from the commercial world.

Marketing for poorly children used to look like this: 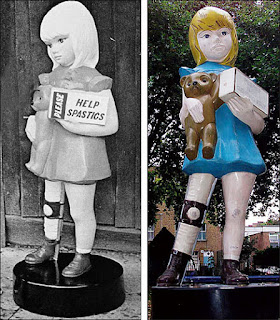 But look at this powerful ad for The Hospital for Sick Children in Toronto (colloquially known as SickKids). Using imagery and music straight from performance brands such as Nike, the spot redefines 'sick kids' as fighters and warriors, with a good dose of positive anger. Using real patients and workers at the hospital gives this a glorious feeling that yes, these Superheroes actually exist:

And finally, a topical one, which is also about rethinking and redefining. This time it's for the Royal British Legion, by Rainey Kelly Campbell Roalfe/Y&R.

Ghoulies and Ghosties and WD-40

I'm a big fan of WD-40. It's such an un-brandy brand, if you see what I mean. From its unlikely beginnings over 60 years ago (in missiles and rockets) to its technical but strangely memorable name (short for Water Displacement, 40th formula). And the product is useful in so many ways, some of which I probably haven't thought of yet.

It's totally in character for WD-40 to have a communication idea that's small-scale, neat, clever and utterly on the ball. The Haunted Door app (from BIMM Media, Toronto) is something that can lighten the tedium of Halloween for adults, while reminding you of the product benefit at the same time.

And nothing like a squirt of WD-40 to get rid of those Halloween make-up stains the day after.
Posted by Sue Imgrund at 16:56 2 comments: