As soon as a recession bites, those of us in branding automatically start scratching our heads to try to remember what happened last time. Which brands struggled along, which fell by the wayside and which managed to tap-dance their way through without losing a sequin?
Well, Interbrand's Top Global brands for 2009 is now in and a quick perusal of the tables shows us that the biggest losers are the financial services. UBS (-50%), citi (-49%), American Express ( -32%), Morgan Stanley ( -26%) and HSBC (-20%) are most certainly not in the money any more. The USA as a whole has taken a beating with some heavy declines on classic US brands such as Marlboro, Harley Davidson, Starbucks and Gap.
But it's not all doom and gloom for US-origin brands, especially some of the new-ish kids on the block (or at least those who still behave as if they were): Google (+25%), Apple (+12%) and amazon.com (+22%) have seen good growth.
And some of the best news comes from Europe. Food companies such as Nestle and Danone have shown respectable growth in double figures. And the smart Euro retailers Zara, H&M and IKEA have grown at +14%, +11% and +10% respectively, showing us all how you don't have to be in so much money to have style.
Posted by Sue Imgrund at 12:29 No comments:

Boys and Girls come out to pay 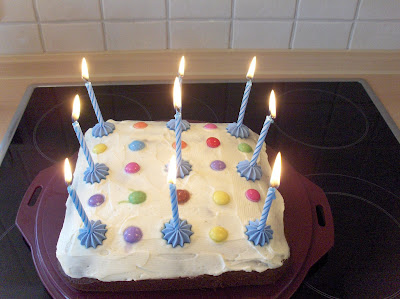 Exuberant "branding guru" Martin Lindstrom takes the topic of how children 8 -12 relate to brands as his latest topic: "Brand Savvy Tweens in Action!"
Now, the word "Tweens" has always disturbed me - what is it exactly that these youngsters are (be)Tween? The devil and the deep blue sea, perhaps? If it means between child and teenager, I'm quite happy for my son to remain in the child bracket until he's at least 12, thank you!
On Martin Lindstrom's website, you can view excerpts from a focus group where the youngsters recognise brands from sounds, smells or parts of logos. To be honest, I find this hardly surprising - wasn't it ever thus? My son recognised the McDonalds golden arches before he could read (luckily his Pavlovian response was always a disgusted "eerrgghh!") and before him, I remember long car journeys from my childhood livened up by spotting National Benzole and Esso petrol stations and even making up little jingles about them. And I'm sure that my father and grandfather were more than familiar with brand names of yore from classic posters or enamel signs.
And I have nothing against my son recognising, probably faster than I do, logos for Lego, Disney, Nike or Kellogg's. The only point at which I think Europeans still diverge slightly from the US is in the arena of fashion brands. My son doesn't have a clue what Abercrombie & Fitch is, for which I am grateful. Maybe it's because I'm not mad on that sort of brand myself. But if you've been dressing your "little princess" in Dolce & Gabbana or your "little man" in Tommy Hilfiger from the age of 2, then you probably have only yourself to blame if your "tweens" are "over-savvy" about brands.
Posted by Sue Imgrund at 15:08 2 comments:

Oliver with a Twist 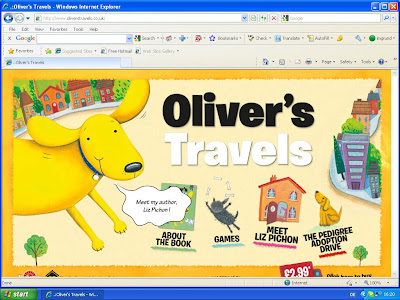 It's not too often that marketing activities give you a nice fuzzy warm feeling inside but I was recently very impressed by what Pedigree are up to. The brand has been running The Pedigree Adoption Drive for a couple of years now, with the strapline "because every dog deserves a loving home." For a major petfood manufacturer to be doing something to help homeless dogs makes a lot of sense.
The latest element in the campaign for The Pedigree Adoption Drive has been the commissioning of children's author Liz Pichon to write a book, Oliver's Travels, about a dog who loses his home. I haven't seen the book but understand that the Pedigree branding is pretty low-key. You can link to the book's website here.
This is a nice new slant on brands commissioning short films. A children's book fits very well with the brand and it's great that this idea actually came from Pedigree's advertising agency. And as a longer-term brand positioning, Pedigree have been wise to move from their association with breeders to caring for all dogs - "We're for dogs." It's a brand stance that is far more in keeping with today's values and connects with dog-lovers everywhere.
Posted by Sue Imgrund at 16:26 No comments:

One aspect of German, Swiss and Austrian life that I've always found intriguing, if a little alarming is the rather regimented partner dancing that seems to go on wherever there's music. I first noticed this on ski holidays to Austria in the late 80s and early 90s.
Typically, a lady with a formidable "helmet" hairstyle and severe glasses would grab a man with a grumpy moustache and a paint-splash shirt and the two would march around the dancefloor with looks of grim determination on their faces. Woe betide anyone that should cross their path! Usually this would be to the accompaniment of some ghastly "eurodisco" song - "Macho, Macho" comes to mind.
I'd sigh with uncharacteristic relief as the DJ put on a fast techno beat. Surely they weren't going to dance in that manner to this? Oh, yes they were! It was as if someone had simply wound their clockwork motors up a tick faster.
You can probably gather that I am not a huge fan of Discofox, as this dance style calls itself, and I will not be signing up for a course at my local dance school. But each to their own, I suppose. Discofox has been on the scene in Germany, Austria and Switzerland since the 1970s, inspired partly by Saturday Night Fever, partly by the foxtrot and other ballroom styles and partly by the love of Germanic types for regimented but energetic movement.
But maybe I am too quick to criticise. Far from being a fad or trend for people who were young in the 70s or 80s, the younger generations are also taking to Discofox. A recent survey showed that half of the 15-20 year olds asked have taken part in a dance course and 38% claim to enjoy dancing with a partner as much or more as on their own.
The only thing that remains to be seen is whether these young people also adopt the helmet hairstyles and grumpy moustaches.
Posted by Sue Imgrund at 10:16 1 comment:

I want to ride my beercycle

Sometimes I am amazed by the ingenuity that goes into new ideas. The other night I saw something in Frankfurt that combined the trends to green and personal fitness with the growing interest in hen and stag parties here in Germany.
This unlikely vehicle is the BierBike and you can read all about it or even hire it here. It's basically a bar on a trolley powered by the pedalling of up to 16 guests. And while their legs are doing the work, their mouths are knocking back beer, Apfelwein or Sekt...oh, and there are soft drinks available too but I'd imagine there isn't much call for those.
It's an opportunity for branding, if you are happy for your brand to be associated with a rabble of pedalling revellers - Licher is the "beer partner" in Frankfurt while Rotkäppchen Sekt have got onto the bandwaggon - or beerwaggon - with all haste as the resident bubbly.
Although it's enviromentally friendly in some respects, I'm not sure about others, such as noise pollution from the boozed-up bicyclists. And I was uncharacteristically concerned about Health & Safety until I read that the thing does actually have a driver to steer it - who I assume is the only one who goes near the soft drinks.
Posted by Sue Imgrund at 10:49 No comments: