New brands on the block 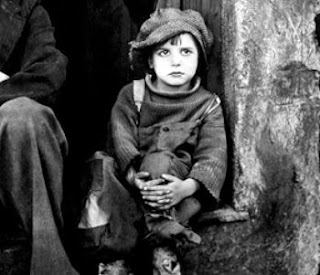 Interbrand are well-known for their Best Global Brands annual report, which is something of a marketeer's bible, chronicling the good and great of the branding world. Now there's something new from Interbrand, which takes a look at the new kids on the brand block, the movers and shakers, maybe the star global brand of the future.

Interbrand Breakthrough Brands is like one of those '30 under 30' or 'faces to watch' lists that you get in the marketing press. Rather than a ranking or rating, it's more of a hand-picked selection of emerging brand-led organisations, all of whom are 10 years old or under.

200 brands were nominated by a group of 'key influencers', chosen by Interbrand people, and their partners in this exercise from Facebook, NYSE and Ready Set Rocket. These were whittled down to a list of 60 featured in the report, using criteria such as Change, Growth and Buzz. All those represented could be described as 'the start-ups, upstarts, challengers, problem-solvers, innovators and category creators.'

But I was pleased to see there was one brand I've blogged about. And another that I use every day - DuckDuck Go.

It will be fascinating to see how these breakthrough brands fare. Because I know that being on one of those 'faces to watch' lists can kick-start your career to even greater things.

Or it can be the kiss of death.
Posted by Sue Imgrund at 11:28 No comments:

'Time present and time past ...

... are both perhaps present in time future'
T.S.Eliot, Burnt Norton


I have noticed two examples of brands that have made news this week by combining past and present to (maybe) create the future.

I'll start with the one not absolutely everyone has heard of, which is Polaroid Swing. I've often wondered how the Polaroid brand lives on, while the Kodak brand seems to have died, or at least retired and disappeared from view. This is one reason: a nifty little app that combines the heritage of Polaroid (for the name inspiration, see the groovy ad above) with bang up-to-date technology. In this case, moving photos. These are kind of like gifs, put different. 60 frames are captured in 1 second and the picture comes to life when you tap it or get swinging your iPhone. The world of Harry Potter has nothing on this!

The people from Polaroid and their collaborators at Swing have high hopes - could this be the visual version of Twitter? The insight is that we perceive the world as a series of (very short) moments. I'm not 100% convinced, but let's see.

The other new launch needs no introduction - Pokemon Go . You can't avoid having heard about it unless you're living under a stone (although that, too, is unlikely as you're probably sharing your under-a-stone space with a funny little yellow creature.) As well as combining old (well, 90s) with new to appeal to at least a couple of generations, much has been made of the combination of real and virtual worlds. Here is one of the better articles about the success factors.

So there you have it - for a successful brand extension, maybe we have to think like a bride and combine the old, the new, the borrowed (preferably via collaboration) and the blue - or yellow.

The brand who saved the world? 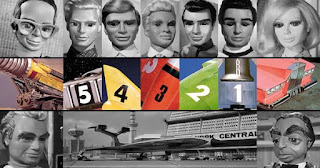 Take 'Purpose'. For most of this decade so far, Purpose has been the marketing buzzword. I think a lot of it started with the popularity of Simon Sinek's 2009 book and talks - Start with Why: How Great Leaders Inspire Everyone to take Action. Purpose has even found its way to be included as the 5th, or 6th, or 101st 'P' of marketing.

And just last week, I received a trend report from Trendwatching, entitled 'Big Brand Redemption', all about how Big Brands can be the solution (not the problem) when it comes to a sustainable, ethical, brighter future for us all, citing examples such as Unilever's Lifebuoy.

But, but, but. To every action, there is an equal and opposite reaction, or whatever. For every brand with high falutin' ideas about saving the world, there's another who wants to come down to earth. One of the biggest brand repositioning stories in the last year is from Coke with the move from 'Open Happiness' to the more functional 'Taste the Feeling'. To quote Marco de Quinto, the Coke CMO: We are a simple pleasure, a product that refreshes. Not one that's going to save the world. If by refreshing, you save the world, fine. We are going back to this truth.

And then, in Millward Brown's BrandZ: Top 100 Most Valuable Global Brands, this view is reflected:

pg 27: Brands may not need a purpose as high as saving humanity

Brands do not need a higher purpose ... they need to be seen as improving the life of the consumer in some way

Blame it on the ads? 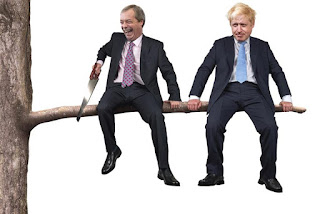 As part of the general interminable Brexit post-mortem, the ad industry has been doing plenty of its own navel-gazing. Could the advertising campaign for the 'Remain' camp have been stronger, more effective? Did the advertising even contribute to the failure to swing votes?

By all accounts, the process and way of working for the (Britain) Stronger In (Europe) campaign sounded like a mess. Hardly surprising, given that 'the client' was a committee composed of representatives of various political hues. The strong leadership that was missing generally in the country was also missing here. And while the ad agencies blaming the client may sound like bad workmen blaming their tools (if you'll excuse the expression), they may well have had a point.

The lead agency, M&C Saatchi, have recently released a number of 'ads that got away', and these give a fascinating glimpse into the campaign development.

What's clear to me is that there seem to be a number of strategic directions here:

There's the classic 'fear' card - i.e. 'Weaker Out' rather than 'Stronger In' - Farage as Hitler, Hand Grenade, Johnson/Gove/Farage/Duncan-Smith as bogey-men generally.

There are a couple of interesting, more positive ideas, although these are a little weak in execution and don't 'go anywhere' - 'Don't leave it lead it' and 'The more you have to live for the more you want to live in Europe'

Finally, there's an 'old people are stupid and irresponsible' campaign - 'It's not their future, it's ours'

But the biggest mistake, going by this lot, is that the ad agency people who have developed these ideas are trapped in their own social media echo chamber.

They are talking to themselves.

This is the danger of spending too much time on Twitter and Facebook. You are lulled into a false sense of security about 'how people think'.

I've got friends who voted in, and friends who voted out. Interestingly, those who voted out tend to be less active on social media. After the result, I deliberately went out of the comfort of my newsfeed, which was full of links to angry (and increasingly dull) blog articles of the 'no, I won't calm down' variety. I looked at the Brexit page, I looked at articles from the 'Leave' camp - and I learned a lot.

I have also probably inadvertently got myself down as a right-wing loony extremist, as far as Facebook is concerned, going by some of the page suggestions I now have.

But the moral is - products or politics - step 1, before any of the creative fun starts - get into the minds of the people you're communicating with.

How do they tick?
Posted by Sue Imgrund at 10:21 No comments:

Two ads have come to my attention this week that use criminals/offenders/call them what you will to draw attention to and sell products. And while one of these certainly stole my attention, the other is a crime against advertising, as far as I'm concerned.

I'll start with the ad above - Free the Kids: Dirt is Good  from Persil. This film on an epic scale has been dreamed up by Unilever in conjunction with education advocate Sir Ken Robinson. No expense was spared in getting a top notch director and filming in Wabash Maximum Security Prison, Indiana. The idea, or insight, is that even these top security prisoners get more time outside than 'our' children - two hours instead of one.

I really don't like this ad at all. And not because it's controversial, or edgy, or anything like that. It's not. The faux documentary style is becoming a yawn these days, with all that slow motion, depressing music and that awful worthy and sanctimonious tonality.

Then there's the contrived link to Persil and 'dirt is good'. What on earth are they trying to do here? Finger-point at mums, saying 'you are treating your children worse than high security prisoners just because you don't want their clothes to get muddy, you selfish cow?'

And finally, this may make me unpopular but I really don't like the link between high security prisoners and children. These guys are not inside for stealing a packet of bubblegum or forgetting to pay a parking fine. I wonder how their victims feel about them being glamorised in a glossy ad campaign? And as for 'I'd love to take my kid to the park', my heart bleeds for him. Should have thought about that before committing whatever serious crime he did.

And now for the second ad - Shoplifters from Harvey Nichols. This is from adam&eveDDB and uses real security camera footage to promote the store's Loyalty Reward App.

This one has just won the Film Grand Prix at Cannes and, OK, it's directed at a completely different audience to the Persil ad but I think it's a great piece of film.

It's the opposite of yawn. I've never seen or heard anything quite like it before - it's quirky, funny, entertaining, clever. No big names, no heavy moralising, just a simple message about 'legal shopping highs.'

In this case, maybe crime does pay when it comes to advertising.