My brand, right or wrong! 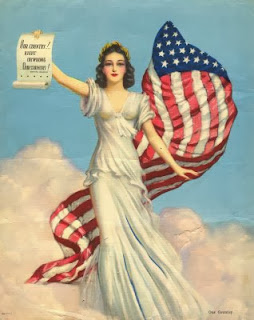 Every now and then, I come across a presentation or a blog post that's a refreshing antidote to the usual marketing and advertising hubris blah-blah where toilet cleaner brands are regularly raised to the status of demi-gods.

This time it's a presentation from Martin Weigel of Wieden & Kennedy entitled How to (not) Fail, and he's blogged about it in a post entitled A tale of humility and indifference.

One of the words in the marketing vocabulary that most gets my goat is one of the older ones: loyalty. The use of this word in describing the relationship between a person and a brand (or even a company) has always made me queasy. Loyalty is defined, usually, as "true, faithful to duty, love or obligation (to a person)" or possibly "faithful in allegiance to sovereign, mother country".

Now, one of the reasons that all that "King and Country" stuff has gone out of the window in the last century is that people have realised that you don't get much back for your investment of your love, duty or even life. And it's the same with brands. They cannot return or reward this "faithfulness" except with a  few Airmiles or a 25% discount when you've collected twenty five stickers on that annoying card cluttering up your wallet with zillions of others.

I've heard marketers getting quite huffy when talking about their "unloyal (sic) customers", as if they'd committed some ghastly act of betrayal. But seriously, what are you going to do if your customers decide to try another brand? Shoot them? Track down their new flame and peel its brand onion with a rusty knife?

At the end of it, "your" customers are usually someone else's, too. 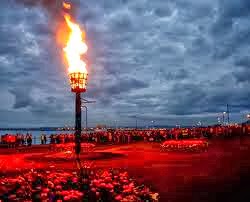 I've learned a couple of new words today, thanks to a thought-provoking article in Contagious, by John V Willshire of Smithery.

If you work in marketing, you spend countless hours discussing two things:
1. What is a brand, anyway?
2. What does our brand stand for?

John V Willshire quotes Richard Sennett's Together in defining two types of conversation - the Dialectic, which is all about aligning people around a mutually agreed resolution, a consensus if you like, to move forward from there - and the Dialogic, which is about exchanging views without forcing them together, and moving forward choosing the view or idea that seems best in the circumstances.

Brand Management has traditionally been about the dialectic - reduction, compression, or distillation of a brand's components and essence into some kind of rigid model - a key, an onion, a pyramid or even a one-word equity.

But, questions the author, is this the best way in the internet age? Is this kind of thinking redundant? Should we not be happy to live with the indefinability of a "gloriously broad brand"?

It's worth pondering. But my feeling is that the world was always complex, internet or no internet, and it will continue to be so. People will always look for lighthouses and beacons for orientation, safety, ease, reassurance - which is the role of brands.

No-one but the most naive junior junior brand manager seriously thinks that a brand onion is real. The map is not the territory. Maybe we can improve on our cartography but we can't change the territory, only the way we represent it.

A gloriously broad beacon?
Posted by Sue Imgrund at 09:57 No comments:

What a difference a decade makes...

There are all manner of Brand Rankings these days - Havas have made a big noise about Meaningful Brands, while WPP are pushing Culturally Vibrant Brands. No, say Siegel & Gale, it's all about Simple Brands, while umpteen organisations have lists of Top Green or Sustainable Brands.

But we're still driven by money at the end of it all and the one list that is of interest to everyone is that from Interbrand - the Most Valuable Brands.

In the highest echelons of this list, you don't see huge changes from year to year, although I do think the toppling of Coca-Cola from the top spot is a major event. But what is fascinating is to look more long-term:

The 2013 Top 10 really is dominated by technology, while the 2003 list actually included a tobacco brand: how quaint! And you can more-or-less divide these movers and shakers into a few categories. There are the real stars, with double-digit growth - in reverse order of achievement, Samsung, who have moved up from position 25 to position 9. Then the Number 1 Brand, Apple, which was only at position 50 in 2003. Finally, the phenomenon that is Google - this did not appear on the 2003 list, of course.

There are those stable giants, who are growing, albeit in single figures, but who have been pushed down the table to make room for the dynamic new kids. Loads of brands here, from the erstwhile king Coca-Cola, to IBM, GE, McDonald's, Microsoft and Disney, as well as Toyota and Mercedes.

The slipping giants are beginning to see erosion in their Brand Value as calculated by Interbrand - examples here are Intel and HP.

And finally, the losers, who have fallen from the dizzy heights. There's Nokia, now at position 57, and Marlboro, nowhere to be seen in the newest Top 100.

Anyone care to predict the Top Global Brands for 2023? 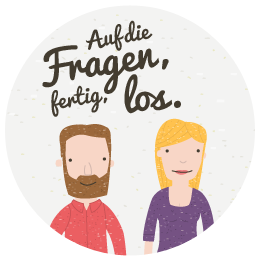 When I started my first job, market research was something of an arcane art - not terribly accessible to outsiders. Most quantitative surveys were still done on paper via an interviewer with a clipboard and ideas like CATI (Computer Assisted Telephone Interviews) were considered most avant garde.

It wasn't just the interviewing, either. Presentations were endless tables of numbers and bar charts, with a few pies here and there if you were lucky. Some poor so-and-so would have drawn many of these by hand.

The first time I saw a "smiley scale" it was either for children, or for a multi-country study in an attempt to achieve consistency in the questioning where language failed. No-one at that point imagined that adults might actually enjoy taking part in research survey if they were more like a game.

These days, quantitative market research is as fun and funky as any part of the communications process, with great blogs like ilovecharts showing the very best of infotainment today. Take your pick there at the moment between 'Most visited websites per country' or 'Acceptable/Unacceptable facial hair.'

And then there's the beautifully cute IKEA online questionnaire about 'My Life at Home' in Germany. As part of the campaign 'Time for more Home', this interactive survey is fun and easy to do - as you'd expect of the original participative brand!

One word of warning though, if you don't come into the spring chicken category. You're OK up to age 54, but from 55 onwards your cartoon representation is definitely the grey-haired granny!
Posted by Sue Imgrund at 15:47 No comments: 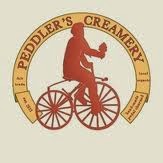 ... and here's another one of those ideas that feels good and feels right. Peddler's Creamery is an ice-cream business for the 21st century. Ben & Jerry's has long been part of Unilever so maybe there's room for a new kid on the block. This particular kid is Edward Belden, an Environmental Sciences graduate who launched his idea via Kickstarter.

And what an idea! Described on their website as providing "high quality artisan bicycle-churned organic ice cream and frozen desserts, Peddler's Creamery is one of those ideas that combines the best of contemporary and traditional thinking. The name is brilliant, and the idea fits so many current trends, from "living local" (local ingredients and supporting the local community) to "handmade" to "delicious indulgence" (Honey Lavender! Chile Mango! mmmmm!) to, of course "sustainability" - the ice-cream is churned via bike power.

That's not just a lucky co-incidence, I feel. Ice cream and bikes have had a long association, as portrayed in the brand logo, which adds a touch of nostalgia for long summer days when things were simpler to a very modern brand.

The Peddler's Creamery are striving for happy, satisfied customers with a smile on their face and a smaller footprint on earth.

They've certainly put a smile on my face.
Posted by Sue Imgrund at 15:46 No comments: