It used to be easy. OK, not so very easy, but easy enough. That bit in the middle of the Creative Brief that was the Holy Grail for all planners. Whatever you called it, that was the bit that would really get the creatives going, get the agency a killer campaign and maybe a little recognition for the planner that dreamed it up as a reasonably useful brain to have around the place.
At Saatchis, it was a Single-Minded Proposition. And it was all about focus down to the brutally simple, which would then inspire the creatives to great things.
In these days of Web 2.0, it's not so easy. Or simple. We're not just about messages any more. We're not in the world of "what our advertising should say", because we're not just interested in what our communications "say", we're interested in what people pick up and what they do with it.
I don't work in an agency at the moment, but I can imagine there's been a lot of wringing of hands about what to call that pivotal part of the brief. Is it a "start point" or "conversation catalyst"? It's a thought, yes, definitely a thought - but is that "thought" disruptive or merely "central" or "key" somehow? Or is it a "brand truth" or "emotional connection"?
Whatever we call it, never mind what used to be called the "target audience" - what exactly do we expect or want the creatives to do with this thing once we've given it a label? All of this can lead us into areas of vague and wooly thinking - I know, because I've been there.
I don't have the Archimedes-style answer, maybe because there isn't one. I'd certainly be interested in any other views and experiences on this. In the meantime, I'll try my best to hang on to those past ways of thinking that still make sense with one hand while grasping the changes in the ways that brand communications work in the other.
Posted by Sue Imgrund at 20:28 No comments: 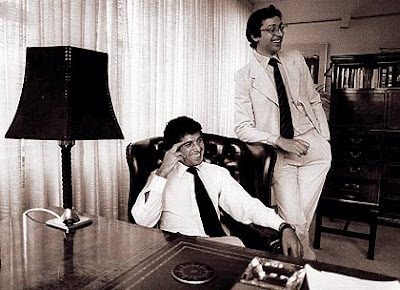 I remember in my early days in advertising our Group Account Director (now a revered senior statesman of the advertising world) missing a plane to our international conference. As juniors, we were all amazed and a little amused. He'd made the mistake of believing his own advertising - we'd just done a campaign promoting the North Terminal at Gatwick and how you could get to it in 45 minutes from central London (or something.)
But I've seen this sort of naivety time and time again in a number of intelligent and inspirational ad men that I've worked with (strangely enough, less so with women.) And as I read a report on Maurice Saatchi's speech at a recent NABs fundraiser, the same spirit came over again. Saatchi has a conviction that advertising people really do believe that they can change the world for the better: "they share a romantic belief in man's ability to change the world by an act of will." And he put to the audience "when you get home and you are standing in front of the mirror, ask yourself if you can say yes to three statements. One: I'm doing something I believe in. Two: It's going well. Three: I think, even if nobody else does, it's important."
Maybe my youthful zeal for my chosen career has dimmed a little over the years but in all honesty, I can't always say yes, yes and yes.
But perhaps that's why Maurice Saatchi is a Lord and a multi-millionare and I'm just a little-known freelance planner.
Posted by Sue Imgrund at 20:33 No comments:

Email ThisBlogThis!Share to TwitterShare to FacebookShare to Pinterest
Labels: advertising, Saatchi and Saatchi 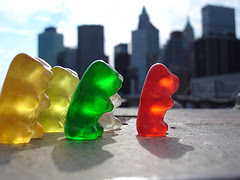 The Cadbury's takeover and announcement of the rollout of Milka in the UK have had some people up in arms along the lines of "they're taking over our chocolate".
Interestingly enough, the "damage", if you see it that way, has already been done in the realm of sweet confectionary. Although I suppose it's been obvious for some while if you take a look at a grocery sweetie fixture, I was quite interested to hear that Haribo is the number 1 brand of sweets in the UK.
This is definitely something that has happened since I've been out of the UK (Germany got me and the UK got Haribo) and Haribo have managed it, I think, by simply being nice - and, dare I say it, a little bit bland?
With bright colours and fun shapes, pack sizes and formats to please everyone, Haribo have managed a kind of sweet ubiquity that's nevertheless clever in its fit to the way people buy and consume sweets these days. It's lowest common denominator stuff, albeit tremendously successful. Haribo makes our home-grown old favourites like Rowntrees and Trebor look slightly niche-y and ungenerous.
But while a whole generation of Brits have now grown up with Haribo as their childhood companion, I still have nostalgia and occasional yearning for those sweetshop specials, be it Sherbert Fountains, Black Jacks, Spangles or even oddities such as Pontefract Cakes.
Only Pontefract Cakes are now produced by Haribo.
Posted by Sue Imgrund at 20:46 No comments:

I haven't been to the MRS Conference for years, of course. I have some rather alcohol-tinged memories of sleeping on hotel floors in Brighton although I expect things have changed since the 80s. For a start, there is the Research Liberation Front to provide an alternative slant on things. This year, the pressure group will be setting up a gallery to look at the overlap between market research and art.

Now, the overlap between advertising and art is well-known and discussed but, research? But once I got thinking about all that stimulus material that is so lovingly prepared, not to mention the output from participants protesting that "I'm useless at drawing..."

And then my mind wandered to Mass Observation and the start of social research in Britain. The University of Sussex now holds an archive of diaries, anecdotes, photos and ephemera from the middle of the last century. In fact, some of this stuff has been published and I'm sure that much of it would qualify as art of a sort.

The work that these pioneers started had nothing to do with "focus groups" or "viewing studios". As their name suggests, they went out amongst the people and watched, photographed, eavesdropped. Exactly the kind of research that I think would be approved of by the Research Liberation Front.

The three young men that founded Mass Observation back in 1937 were an anthropologist, a poet and a film-maker. Apart from sounding like the first line of a joke, that strikes me as very modern somehow.
Posted by Sue Imgrund at 14:26 No comments: 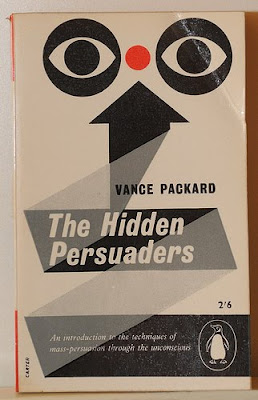 I have read rather a lot of papers and articles recently about the huge change that is sweeping over "the consumer" as a result of the real-time, mobile media opportunities that surround us.
Most of these articles are well-written and cleverly argued but I have to admit to getting a little weary when I read yet again about the nature of this vast change. Because those of us in the business long enough to remember have been there and done that. 19 years ago, in fact.
Apparently, "the consumer" is no longer going to let herself be "conditioned" by brand messages. Her passivity and compliance will be a thing of the past. And "we advertisers" must stop thinking in terms of transmitting messages and be careful with our over-use of military vocabulary.
It's now 19 years since Hall & Partners introduced their Framework model of the different ways that brand communications can work. Back in those days, three main types were classified - Persuasion, Salience and Involvement. These correspond roughly to three modes of perception - through the intellect, the senses or the emotions. Implicit was the idea that people "did something" with the content, rather than soaking it up passively. I had a quick look at Hall & Partners' website and this is exactly the way in which they have developed their thinking - persuasion leads to search, involvement leads to play, salience leads to share and so on.
It all goes back to something very wise I read somewhere along the way. Media change, but people don't. Not really.
Posted by Sue Imgrund at 10:58 No comments: