Driving traffic to the stores

I'm still not a huge fan of McDonald's burgers, but I do find I'm liking (if not lovin') McDonald's as a brand more and more. Despite having been in the world of advertising for decades now, my heart still misses a beat (well, half - it's only advertising) when I see an idea I instinctively know is right. And damned bloody good.

"Follow the Arches" by McDonald's Canada, from their agency Cossette, has just won the Outdoor Grand Prix at Cannes.

There's no heavy philosophy or high and mighty purpose here, but instead there's first of all an ingenious and brilliant use of the medium. Plus a nod to popular culture - all those "guess the logo" games. Human insight, too - who doesn't identify with tiring car journeys with hungry kiddies, driving round and round a strange city? And then, positive use of brand consistency, values, global presence. Stunningly simple.

Best of all, it's useful and helpful, which means it'll work.

It puts the ghastly phrase "driving traffic to the stores" in a whole new light!
Posted by Sue Imgrund at 11:48 1 comment: 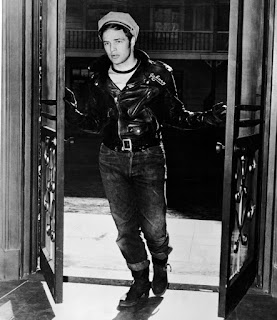 I went to an open-air rock concert at the weekend, something I hadn't done for some time. One aspect of the experience that intrigued me was that they seemed to be giving away ear plugs at the bar. Rather weird, if you ask me. I asked the girl behind the bar what that was all about and she didn't really seem to know but commented that "maybe some people are sensitive."

A strange remark, I thought, but there seemed to be a streak of concern for the sensitive running throughout the show. At the entrance was a security sign telling you what was allowed and not allowed in terms of bringing stuff into the show. All very well. But then there was an extra section listing what is not liked at the venue: racism, sexism, homophobia and so on, but also stuff like overstepping personal boundaries, coming on to people inappropriately and that sort of thing. Look, I don't like that stuff either - but does it really need to be spelled out to adults?

It reminded me of the sort of sign you get at swimming pools: no running, no jumping, no diving and all the rest. And even though I've left my adolescence behind long ago, those sort of signs always make me want to do exactly the opposite.

The band's singer gave us some cod philosophy about "the rules are there to be broken", but I felt pretty sure that no-one would look kindly on anyone breaking those rules of desirable behaviour that the venue has laid down. I wondered vaguely if the venue's management go through the back-catalogue of lyrics with a red pen each time some rock dinosaurs come to strut their stuff.

Hate is only acceptable when it's channeled in approved directions.

Perhaps the conversation Johnny has in The Wild Ones would go like this today:

- Hey, Johnny, what are you rebelling against?
- What's on the approved list?

This is important for brands, as I sense an increasing homogeneity: brand values are interchangeable, and even "rebel" brands seem to be more and more conformist. I am not a great fan of those "12 Brand Archetypes" tools, for a number of reasons. Not only is there rather too much over-simplification involved, but the whole thing seems to be about fitting in rather than standing out. ("Which Disney Princess is your brand?" to which a real rebel brand should really answer "None of 'em!").

Are the "usual suspects" who get held up as Outlaws or Rebels really so? Harley Davidson, Virgin, Diesel et al? Or are they merely the establishment's idea of an acceptable rebel?

I'm on the lookout for brands that do something genuinely rebellious. Existing only in the Internot, for example.

Yesterday, I nearly got into a fight, or at least a slanging match. A man crossed the path of my car (yes, I was on the road), glued to his SmartPhone, not looking, oblivious. If I'd been paying as little attention to my surroundings as he was, he'd be dead or seriously injured. Yet, he seemed to think I was in the wrong.

The news (which most people probably read on their SmartPhone) is cram-full of articles about SmartPhone addiction (or is it social media addiction, or internet addiction? And does it matter?) and as long ago as 2014, the McCarthy Group's Trust and Attention Survey found that, for millennials, access to the internet is more important than access to their best friend. The word Nomophobia has been coined to mean "the fear of being without your phone."

We're not just heading for the dystopia depicted in this cartoon (inspired by The Fleischer Bros.' Bimbo's Initiation), we're active - or passive - participants already.


The Googles, Facebooks, Instagrams and YouTubes of this world are responding by a focus on "Digital Wellbeing", building take-a-break features into their services, amongst other measures. This move towards "responsible devicing" feels familiar - rather like the booze companies encouraging responsible drinking. A little bit "nanny knows best?"

The man on my local street aside, it's difficult to say how much of this is real and how much is media hype. And I wonder if just as much anxiety and mental distress comes from well-meaning and "look at my perfect world" posts as it does from hate speech and the like.

One thing is for sure: the (social) media companies dealing with the problem head-on isn't new.

One famously-long TV program title from my youth was Why Don't You Just Switch Off Your Television Set and Go Out and Do Something Less Boring Instead? 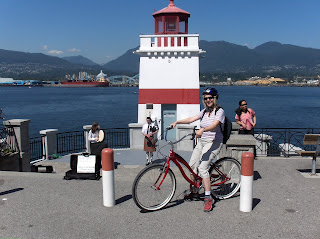 Vancouver is one of my favourite cities, and this week it has been playing host to Sustainable Brands 18 "Redesigning the Good Life", where the good and great in branding and marketing get together to talk about how brands can help make the world a better place. Vancouver seems an apt choice for the host city, as it aims to be the greenest city in the world by 2020.

One of the speakers at the event was Marc Pritchard, Chief Brand Officer at P&G. In this interview for Sustainable Brands, he talks about what needs to be changed in the world of branding. No huge surprises, but it's a useful summary of the way that branding has evolved over the last decade or two:

*Lead disruption rather than trying to follow
*Focus on growing the market, not just gaining share
*'Built-in' doing good rather than 'bolted-on'
*Big is beautiful when it's good
*Sustainable is mainstream, not niche

So there we are. It seems that one place to start with being a sustainable brand is to recycle your old marketing paradigms and models - and possibly re-purpose them as frameworks ;)
Posted by Sue Imgrund at 09:50 No comments:

As someone who has worked in advertising for more years than I'd like to admit to, the thought that often provided me with the best guidance is: "it's only advertising." Perhaps that hides a regret that I never became a brain surgeon, or something equally useful, but it has certainly saved my sanity more than once.

When I worked in the UK, I admired the way that the ad industry constantly took the mick out of itself, from ridiculing preposterous product demos to beer brands sending up pompous and pretentious perfume ads.

I've commented before that the industry seems to have lost its sense of humour of late, and it seems ironic that it's a beer brand that's being parodied in the video from Oasis (owned by Coca Cola) above. The Togetherness Bottle campaign, created by The Corner, London, has a subversive swipe at all those worthy ads with their plinky piano music and social experiments: "Brands acting holier than thou while everyone knows it's about sales, not saintliness," as its creators say. It's all part of an overall marketing strategy from Oasis, #RefreshingStuff, that the brand has been pursuing since 2015.

It's a fun idea with a serious point behind it for all marketers. Purpose is important for brands, but it really doesn't need to be about stopping wars, obliterating sexism/racism/anyotherism, empowering women, one of the United Nations Sustainable Development Goals or saving the world in any other way.

It could just be about refreshing people with a cooling fruity drink and a bit of a laugh when advertising people get too up their own bottoms.