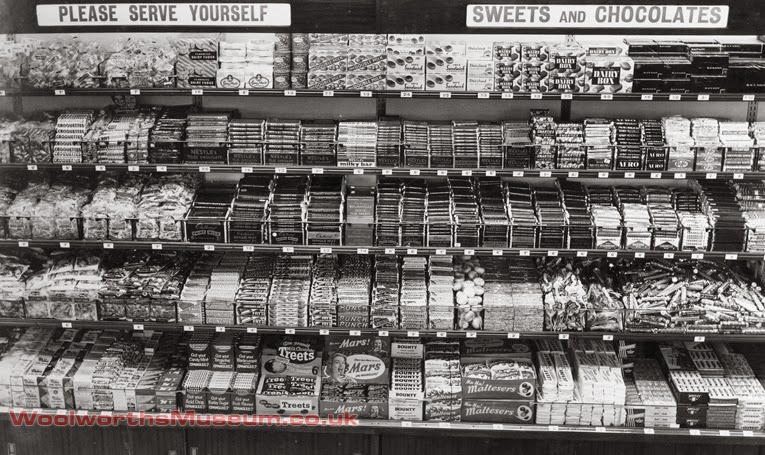 I'm reading a dystopian/speculative/sci-fi whatever-it's-called-these-days novel at the moment: Future Perfect by Katrina Mountfort. 150 years into the future, the human race live in CitiDomes rather reminiscent of Center Parcs, subscribe to a set of MindValues that wouldn't be out of place on a boardroom wall and have given up worshipping anything remotely spiritual. Instead, the idols are those that have BodyPerfect status and are the media darlings of the non-stop diet of reality shows. Needless to say, the BodyPerfect guys and girls look as if they have swooshed out of advertising stock photos.

It's fiction but it doesn't feel so far from the truth that we're seeing now. Chris Anderson's book The Long Tail is now 8 years old and while it's true that we do have endless choice, not only does Google make it difficult for us to find the end of the tail (or even the beginning of the end of the tail) - did you mean X? Show results for etc. etc. etc - but when it comes to it, most people are more comfortable not having to bother. Who goes beyond the first page of search engine results on a regular basis?

I wrote about conformity in my last post and I sometimes wonder in branding and advertising if we are seeing a mass-homogenisation, a group tending towards the mean. Although globalisation does have its benefits, it does mean that everyone is using those same corporate values, chasing the same perfect customer experience, latching onto the same cultural insights while believing they're creating something unique. It's not just the stock shots that we're all dipping into, but the strategic part, too.

I read a brilliant article in the New Yorker a couple of weeks ago, which mentioned Theodor Adorno and the Frankfurt School regarding "Pop Culture as an instrument of economic and political control, enforcing conformity behind a permissive screen."

Are we offering genuine choice with our brands and communication? Or, to quote Adorno, "Freedom to choose what is always the same?"

In this blog post from Contagious, Sam Ball of Lean Mean Fighting Machine introduces the recently-published book about the future of the UK advertising industry, entitled Hacker, Maker, Teacher, Thief.

Ball's main point is that the creative industries are becoming more and more conformist, a tendency that ties in with the increased use of pre-testing, ratings and other research that claims to be predictive of market success. Rather than taking a risk on something new and innovative, creative departments don't want to rock the boat and stick to tried and tested formulae.

And when one looks at advertising and other creative industries for signs of rebellion, one sees only a sort of sanitised version, a plastic toytown rebellion, not the real thing. In my son's school book, Christina Aguilera is named a singer of protest songs in the same breath as Bob Dylan. Protesting all the way to the bank, if you ask me.

And advertising? Well, Puma have decided to "call all Troublemakers" in their Forever Faster campaign. I can't say hand on heart that Mario Balotelli and chums are really up there for me, breaking boundaries and rules like the rebels of old:

Beyond this kind of bland, ersatz rebellion, where are the brands and creative that is really challenging the status quo? My worry is that the more we rely on the safety net of database norms derived from the past, the less likely we'll be to fly.
Posted by Sue Imgrund at 14:37 No comments: 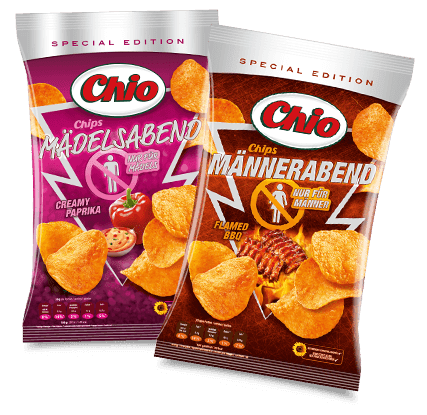 Seeing these German gender-specified crisps recently got me thinking about the whole area of gender marketing. I'm not talking about who you target your campaign at, but at product development itself. And I get the impression there's much more of it about these days.

Now, there are plenty of products and brands out there that target men or women specifically, with pretty good reason in the main. Toiletries and clothes, perfume and cosmetics are all areas where there are male products and female products (including the oddly named "boyfriend jeans" for which there seems to be no equivalent for men who might fancy the "just squeezed into my girlfriend's jeans" look once in a while.)

And there have always been attempts into cigarettes and beer specially for women. Do Kim ciggies still exist?

But the area where the gender-specific stuff seems to be have really taken off in the last few years is the area of children's products. I don't remember such a preponderance of pink and purple when I was little. Lego, for instance, has gone girly mad with its Friends series, leaving the boys (one presumes) to their Star Wars and Transformers. And in the books market, the Die Drei ??? (The Three Investigators) have been joined by Die Drei !!!

After 50 years of the boy detectives solving mysteries, I can only guess that the girls were called in to solve such tricky cases as Duel of the Top Models, Cheating in the Casting Show, Danger in the Fitness Club and The Mobile Phone Case.

Of course, when I was young, there were stories specified for boys or girls too, but the girls didn't have to to be styled up like Germany's Next Top Model to have adventures. And note that the title is not pink, it's blue: 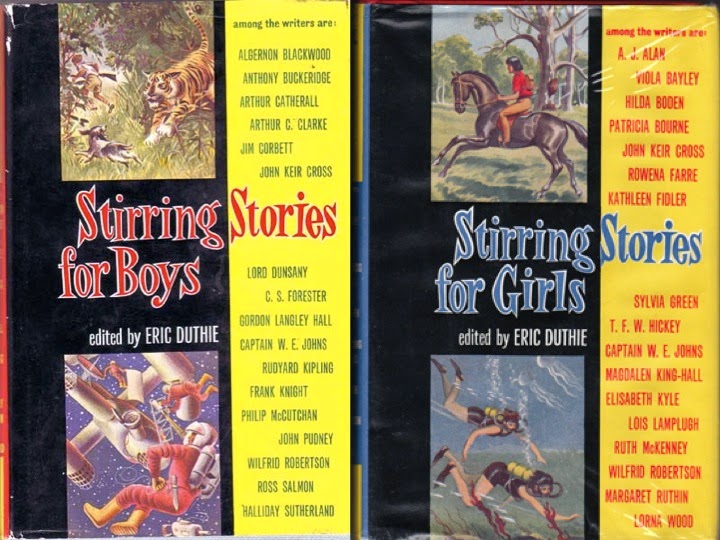 Which brings me back to the crisps. OK, there were always certain brands of comestibles that positioned themselves for men, or women (Yorkie). But I always assumed that was ironic.

The Chio Chips  above come in the variants Mädelsabend and Männerabend (Girls'/Boys' Night Out). The girl pack is purple and the flavour is Creamy Paprika, while the guys get a more butch Smoky Bacon colour with a Flamed BBQ flavour.

I really do hope it's all tongue-in-cheek.

I wonder if they breed if you mix them up?

The expression "the paperless office" has been on my radar for the last twenty years or so, but when I look around my workplace, it seems that I'm not moving on trend. True, I'm a lot less wasteful with paper these days - possibly because I have to pay for it myself and I'm stingy like that - but I do still hoard the stuff, even if I do have multiple copies backed up electronically on my various devices.

Talking of devices, I've seen a couple of ads this week on the theme of paper flapping back at all this new-fangled technology. The first of these is from last year, from Le Trefle loo roll, featuring the long-suffering Emma and her tablet-mad hubby.

And the paper flaps (or maybe twacks) back again in the splendid new IKEA Catalogue spot from Singapore, "Experience the power of a BookBook." To give IKEA credit, their catalogue is now not just a paper thing - there are all sorts of codes and augmented bits and such if you yearn for more than a paper experience. But I love the way that the wheel (or the paper catalogue) has been reinvented in this spot in that charming tongue-in-cheek way that IKEA do so well.

What's due for a revival next? Tin signs? Town criers? 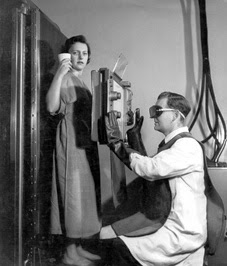 There's a lot of pressure on marketers these days to have their brand "doing stuff". It's all about the customer experience, the here and now. Real time. Being "out there". Acts not ads. Agility. Brand as verb. Participating.

I've written enough about it in this blog.

And it's true that there are lot more possibilities open to brands to communicate with their users and potential users than there were even 10 years ago.

But it's a mistake to be doing stuff just because we can, in the same way that it's a mistake to lose track of why we're doing it. While I'm not a fan of spending months sitting pontificating about what is an emotional benefit or what is a physical attribute in some complex brand model that bears little relation to reality, I do believe that senior marketers have a responsibility to take a long-term view - maybe not quite as long-term as the Long Now foundation (!) - but certainly beyond the latest app and viral campaign. What is my brand's purpose? Where is it heading? What is our vision - and how does all the "stuff" we're going to be doing fit with that?

That is certainly the thinking behind P&G's recent re-organisation of their Marketing Division into Brand Management, with former Marketing Directors becoming Brand Directors.

If you pump an athlete full of drugs, they might be able to attain short-term success in one performance. But where is their health going long-term?
Posted by Sue Imgrund at 16:55 2 comments: