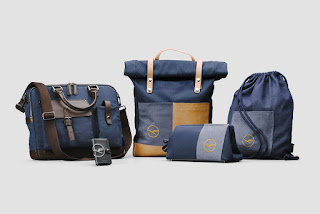 Lufthansa have occasionally offered products that fall into the up-cycling and repurposing category in their World Shop, from messenger bags made from old life-vests through to on-board drinks trolleys to use in the comfort of your own home.

This year, there is a whole collection, made not just from the interior materials, but also from the aircraft itself, in this case an Airbus 340 that had been in service since 2001.

As well as the natty bags and wallets, there is now furniture. A coffee table made from the A340's aileron slats and a very stylish bar: 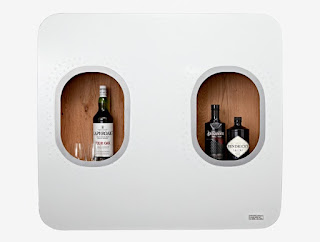 The beauty of these design items is, of course, not just the quirkiness of the item itself, but the story behind it. Who sat in the seat my sports bag is made of? Who has looked out of my "bar" window - and over which land or sea?

This may not offset flight-shame for the most hardy among us, but it does do something to forward Lufthansa's reputation in both design and responsibility.

A bit more down-to-earth is a new app brand that's hoping to aggregate all those return-your-clothes-for-money schemes: Stuffstr . Nice idea, and one that it would be good to see working.

But will you eventually be able to sell back your Stuffstr or even your World Shop up-cycled purchases there?

The other weekend, I slunk off on my own to the cinema to see Stanley Nelson's documentary Miles Davis: Birth of the Cool. Some reviews have suggested the film is a little pedestrian with its cradle-to-grave and talking heads approach, but I found it fascinating.

What struck me most of all throughout the film was the contrast between complexity and clarity. We talk about change and the VUCA world today, but when I think what changes culturally, socially and technologically Miles Davis lived through in his (rather-too-short) life, it's quite extraordinary. The quick-cut stock-footage introductions to phases of Davis' life that Nelson uses are tremendously effective in bringing this home.

Parallel to the evolution of the times was the evolution in Miles Davis' music - influences, collaborators, band, styles - from hard bebop to cool jazz to funk fusion, and all the rest.

And super-imposed on all of this is the complexity of the man himself. He was complicated: a genius artistically, cool, proud and brave, but also arrogant, violent and jealous, anti-social and drawn into the self-destructiveness of drugs and alcohol.

I came out of the cinema with all that complexity swimming around in my mind, but above it, a sound. An unmistakeable, clear, non-vibrato, melodic trumpet singing "simple, pretty notes" (just 12 of them).

What's this got to do with brands? To me, it's yet another demonstration that brands are not "like people." Who in their right mind would attempt or even want to hang a personality like that of Miles Davis onto a brand?

But yet, who wouldn't want a voice as clear and distinctive as that of Miles Davis' trumpet for their brand? Forget the complex personalities and archetypes and character profiles: to make your brand distinctive, nail the voice and be true to it, whether you're playing funky stuff or lonely ballads.

My favourite example of a clear brand voice at the moment? Burger King. 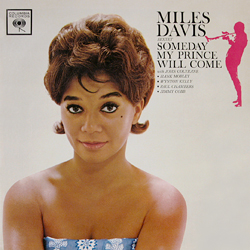 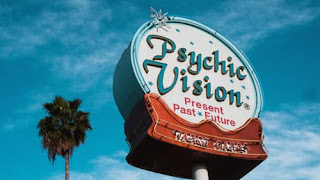 I haven't taken the plunge into Veganuary this year, but I have used the first week to catch up on some reading - and the subject of two reports that have been lingering around since last year is The Future of Food.

Sainsbury's Future of Food report is entertainingly written, with scenarios from 2025, 2050 and 2169 depicted visually and verbally. Jellyfish is on the menu.

And Knorr's Future 50 Foods concentrates on non-animal ingredients we should be looking to for healthier people and a healthier planet. Currently, the human race is limited when it comes to what we eat: 75% of global food comes from 12 plant and 5 animal species. The Future 50 covers cereals, grains & tubers, beans, legumes & sprouts, vegetables, mushrooms and nuts & seeds. I played a little game with myself to see how many I'd seriously never heard of. Here are the 16:

It's distinctly possible I may have eaten some of these unknowingly, although I don't think I've consumed jellyfish without my knowledge.

And while I'm on the subject of food and future, there has been a flurry of articles this week about edible or consumable packaging and utensils, and doing away with packaging altogether. 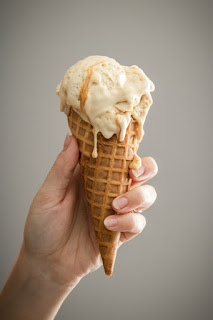 The humble ice cream cone has to be the role model here. There are toothpaste tablets in bags - Just like paste, without the waste. Or how about toiletries packaged in soap? Or straws made from seaweed or flavoured flour?

Maybe jellyfish shopping bags will be the next big thing? Beats crocodile handbags.