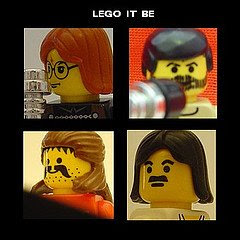 Someone, somewhere, probably in Denmark, has worked out that there are 62 lego bricks for every person on the planet. Even given that I'd estimate that we have the share of an entire medium-sized country spilling out of plastic crates and strewn around the floor of the messiest room of our house, that's pretty impressive.

Lego is proving itself not only recession-proof but also successful despite the dwindling birthrate in the Western world. On the face of it, the brand should not be a roaring success. The core target group is declining, the products are damned expensive (ask any parent) and the indirect competition is immense and growing - just look at Nintendo, Wii and the rest.

In fact, Lego was in something of a parlous state financially, a mere five years ago. In the 1990s, they had leapt onto licensing and diversification with glee, going into clothing, retail and all the rest, but had lost hold of their core. What has rebuilt Lego and made it the success that it is was to hold onto the core and develop.

So, they have held onto their core product. The standard brick from the 1950s is not only recognisable to today's children - it can also still be used. So little Johnny can happily mix all Dad's 60s or 70s Lego up with Indiana Jones, Sponge Bob or Power Miners and it will work. The core user is still (mainly) boys 6-12 but this has been extended both upwards and downwards. And, in the upward direction, there are not only products directed at teenagers but there is the whole world of Afols (Adult Fans of Lego) who do everything from break records to make films - just look at YouTube. And, finally, the core value of Lego remains: creativity. Lego the word is derived from the Danish leg godt (play well).

The success of Lego is best exemplified in the new approach to what was licensing in the 1990s. With their joint ventures, Lego creates a new world or universe that takes on a life of its own and is somehow greater than the sum of its parts. This world is physical, virtual and the bits in-between. Perhaps the best current example is Lego Star Wars. There is a whole generation of young boys out there for whom the Lego Star Wars figures are more real and have more meaning than the original characters from the films.
Posted by Sue Imgrund at 09:10 3 comments:

I've got a dreadful confession to make. I am really a man. That is, if this blog is anything to go by, according to the clever people at Gender Genie.
Have a look - they have looked at which words are used more frequently by males or females and have worked out an algorithm for predicting whether you're a pink bootie person or a blue bootie person based on a sample of your writing.

I fed Gender Genie the last three posts on this blog and the answer that came up was that I am uncategorically male. Three out of three times.

I suppose I'd better break this to my family at the weekend. On the other hand, at least my Brand Voice seems to be consistent.
Posted by Sue Imgrund at 18:19 No comments: 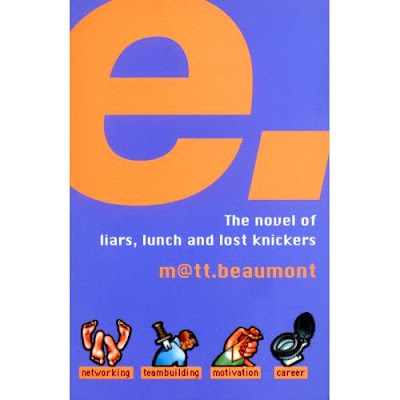 e:A Novel was first published back in 2000. The author, Matt Beaumont, had been a copywriter in a large London advertising agency and the novel - a modern mutation of the epistolary genre - is a genuinely funny farce of a tale that captures the mood and atmosphere of the advertising industry at the turn of the millenium.

I haven't read the book recently, but I'm sure, although still funny, I'd also find it quaint and dated in places.

This got me thinking: has the Twitter Novel been done yet? I'm sure that this must be an idea whose time has definitely come.
Posted by Sue Imgrund at 08:42 3 comments:

Tea and (lack of) sympathy 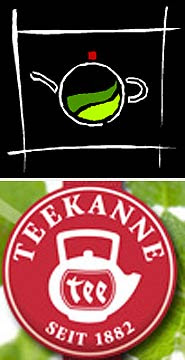 I thought one of the buzz words for brands these days was "generosity" - customers owning the brand, letting go of the reins a bit, that sort of thing.

But it seems that the overly possessive anal-retentive intellectual property junkies are also alive and kicking. I read in The Times today that the mighty Teekanne brand has been threatening to come down heavily on a little Richmond tea shop - The Tea Box - on the grounds of possible logo confusion. Now, have a look to the right and you'll see the two logos. Could they be easily confused? After all, they do both feature a teapot. On the other hand, Hakle toilet paper and Pedigree dogfood have a picture of a dog on the pack and I don't think too many people have been confused there (or at least, I hope not...)

Now, I expect there is more than a degree of the tiresome tendency of British journalists to extend WW2 into the 21st Century and beyond here - after all, if there's no football on or if no German politicians have made any comments on how dodgy the pound is recently, why not go for a storm in a teacup story?

But, at the end of it, hasn't Teekanne got better things to spend its time and talents on? This story has certainly left a bad taste in my mouth as far as Teekanne tea goes.
Posted by Sue Imgrund at 21:55 No comments:

Icon, therefore I am

I have just read one of those articles that make you hang your head in shame and shout "Guilty!".

In the latest issue of Intelligent Life, Jonathan Meades writes about "The Adjective of the Age." He's talking about the word "iconic" and wonders where most of today's journalists would be without it. Apparently, The New York Times had 11 instances of the word's use in 1988 and 442 in 2008. There's also a very amusing list of genuine examples that Mr Meades has found, including "iconic bucket", "iconic moment" (this combines two over-used words very nicely), "iconic toilet paper" and "iconic zip hoodie".

The rise and rise of the description "iconic" can be attributed, Mr Meades says, to our era of "incontinent celebration": everything has to be "awesome", "legendary" or at least "150%" - 100% just doesn't cut it these days.

I must say that I have "guilty" written all over me when it comes to icons and iconic. I don't know when I started doing it, but these words have crept into more than a few creative briefs and strategy presentations over the last few years. And I am not alone. Some of us have even named our companies or some part of our brand models or tools "icon" or "iconic".

Uh-oh. So what's to do? The problem is that once everyone starts using a word and applying it to almost everything, it loses its power. Even when we do work on brands or products that are genuinely iconic (and Joanathan Meades gives a good 4-point checklist), we need to be a bit more specific about the nature of this "iconness". Is the brand stereotypical for its category? Is it totally atypical? Is it a brand that invented a category? Is it simply ubiquitous? Is it the longest-established? Is it unusually popular? Is it the "generic", like Hoover?

I am going to consciously cut down on my usage of the word and its derivatives. I also noticed, in writing the title, that only a space separates "Icon" from "I con".
Posted by Sue Imgrund at 10:47 No comments: 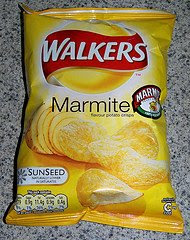 I know that I've been in the "what brands do" rather than "what brands say" school of thinking for some years now and, for the benefit of my German friends, I thought I'd write about the best example of a Brand Action that I've seen for a while.
Walkers Crisps in the UK got all their agencies together and came up with the idea of the public thinking up a new flavour of crisps. The inventor of the winning flavour will get not only a 50,000 GBP prize, but also 1% of future revenue from sales of the new flavour. That's really putting your money where your mouth is.
The campaign generated 1.2 million flavour ideas and Walkers are now down to the last few, which you can see here. While thirteen years in Germany have rather dulled my taste for Pickled Onion flavour crisps and the like, I find this action so right on so many levels: public engagement on a huge scale, use of many different forms of media, a central uniting idea, "fit" with brand voice and long-term brand spokesman Gary Linekar, synthesis of marketing with the real world out there, current Zeitgeist for Reality Show-style voting and, and, and...
Finally, while this idea would have been feasible a few years back (TV ads, competition on packet, phone lines), the new media such as Facebook and Yahoo! have really brought it to life, but the idea itself is not dependent on these media.
Which is how it should be. May the best flavour win!
Posted by Sue Imgrund at 09:47 No comments: