It's not just digitalisation 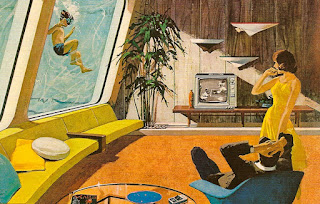 I have had a bit of an Aha Moment this week. I've been banging on in this blog and in my work, about digital and analogue, and how increasingly the division is disappearing. How customers don't really distinguish between on- and off-line, or the different online channels, and that it's the brand behind it all that matters.

I've now learned that we're in the 4th Industrial Revolution, a term coined by Klaus Schwab, Executive Chairman of the World Economic Forum, and that this isn't just about "phygital" - it's about the fusion of technologies blurring the lines between the physical, digital and biological spheres aka cyber-physical systems. Some of those technologies are robotics, AI, nanotechnology, quantum computing, biotechnology, the Internet of Things and 5th generation (5G) wireless technology.

For the record, here is the series of Industrial Revolutions:

1st Industrial Revolution: in the 18th/19th century, when rural moved to industrial and urban, powered by steam

2nd Industrial Revolution: 1870 - 1914, the age of mass-production, powered by electricity

3rd Industrial Revolution aka Digital Revolution: this started in the 1980s, it's about automation and the internet. We're still in the midst of it although we're now seeing the beginnings of the

4th Industrial Revolution aka Industry 4.0 which is about the embedding of technology into human beings and society

An interesting implication of this is found in the speech by Mark Carney entitled "The Future of Work".  Thanks to Good Business for highlighting this in their super newsletter.

While previous industrial revolutions meant that machines will take on tasks previously done by human hands, today, tasks involving cognitive (head) work are increasingly being automated. Does this mean a resurgence in the importance of the human heart? One can only hope so.

When did hate become so hateful?

One of the most-loved and award-showered ads from the early years of this century was Honda's 2004 "Grrr" campaign from Wieden & Kennedy, otherwise known as "hate something, change something." In a novel and charming way, it told the story of how hate (in this case, of smelly, noisy, environmentally-damaging diesel engines) can become a force for change. I'm not sure how the "new" diesel engines now stack up as I'm not a engineer, or an environmental technologist, but that's another story.

Fourteen years on, and hate is still all over the place, it seems. Hate speech, hate crimes, haters who gonna hate, stop the hating, ad infinhatum. But to my perception, at least, "hate" has become political, and advertisers and marketers are firmly against it (when it's of the right type). PayPal, Airbnb and others of their ilk don't want your business if it promotes hate, violence or racial intolerance. I'm OK with the latter two, but listing "hate" in there implies that it's only hate directed in certain ways that's not acceptable.

Am I allowed to hate PayPal (if only temporarily) because despite being all high and mighty and putting the blockers on any hate they find unacceptable, they are completely inaccessible and couldn't give a toss that my account has been hacked, until I write to them in Luxembourg via good old pen, paper and stamps?

And yesterday, Contagious chose Channel 4's "Together Against Hate" as their campaign of the week. In the campaign against online abuse, insulting comments from people on social media are superimposed on ads that have run on Channel 4 recently.

Why give these witless morons yet more attention? I know, I know, I'm adding to it. I don't read comments on YouTube and the like because I know exactly what to expect, and it's minutes of your life you won't get back. When I was a child, we were told "ignore them, and they'll go away" if someone was calling you names. These nerds, sitting in front of a pile of empty pizza cartons typing their playground insults with greasy fingers, who wouldn't say boo to a goose in real life, just aren't worth anyone's time or trouble.

Meanwhile, I'd like to reclaim "hate" back from its specific, politicalised meaning. It can be a force for change, not only something to make a stand against. 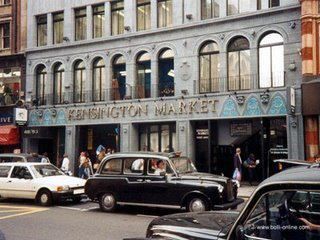 I was up in Kensington High St a couple of days ago, and a little prowl around the shops brought to mind everything I've read lately about the future of retail and the ultimate retail experience. This, of course, combines the best of on- and offline, stimulates all the senses, is tailored to the individual and generally leaves the shopper - or experiencer, if there is such a word, with a breathtaking feeling of wow!

While there are without doubt some impressive stores in the area, the impression they leave is not particularly lasting, as they all seem interchangeable. Everyone is playing with the same building blocks.

And I thought back, more decades than I care to remember, to my ultimate retail experience from my teens. 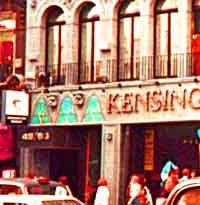 Kensington Market: the impression is still there. I can still smell the musty second-hand velvets and afghan coats, the joss sticks and "herbal cigarettes". Genuinely diverse, inspiring and authentic (three words that are banded around so much today they've become meaningless), surprising and sometimes even a little frightening (thunderbolt and lightning: yes, Queen had a stall there, too.)

As the ad said, "a fairyland of treasures and fashions." 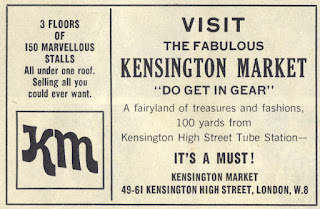 Kensington Market was not planned, or designed. Nor was it any way curated - its magic was in the higgledy piggledy mish-mash (or hish-hash). It probably contravened even the limited health and safety regulations of the time. And seamlessness or consistency were the antithesis of this marvellously fabulous place and its endless labyrinthine nooks and crannies.

Kensington Market didn't really live to see the 21st century, so I had to content myself with T K Maxx, across the road, in a building which may have been Hyper Hyper in the 1980s, and possibly Biba before that.

I longed for a whiff of patchouli oil.
Posted by Sue Imgrund at 11:50 No comments:

A couple of years ago, I was wowed by an idea from the fashion industry - Manufactum's sustainable fashion, which included the beautiful silks from Johanna Riplinger, dyed using flower petals from Indian temples.

I was reminded of that when I saw this stunning idea from JAT Holdings and Leo Burnett Sri Lanka. Petal Paint is made from the flowers left in buddhist shrines and temples, which would otherwise go to waste. 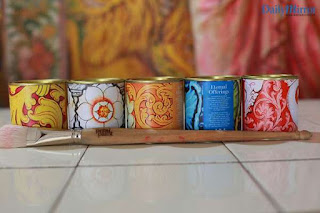 The paint is sold through JAT's normal channels, and also donated to local artists to restore murals in temples.

If that's not circular economy at its best, what is?
Posted by Sue Imgrund at 10:05 No comments:

You can do magic 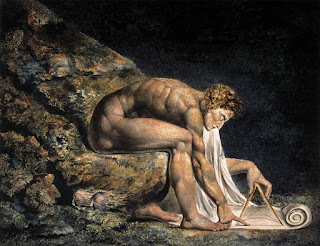 One of the strangest phrases to have crept into the marketing vocabulary in recent years is "data-driven insights." Now, I'm not keen on "insight" with the added "s", but it's the contradiction between "data-driven" and "insight" that I find tricky.

Firstly, there's the implication that no human mind is involved, that the data is crunched or analysed in a machine and the insights (sic) are churned out at the other end.

Then there's the suggestion that the insights are somehow superior in quality, and possibly more robust, as they come from data, rather than being plucked out the airy-fairy ether.

And wrapped up in all this is assumption that these superior insights, untouched by the human mind, represent absolute truths.

The few "data-driven insights" I've seen have been blindingly obvious statements which have nevertheless been backed up by an analysis of gadzillions of data points. But having that back-up somehow imbues the finding with a tremendous weight and importance that it wouldn't have had if some planner person had simply stated it.

AI is only so good at recognising patterns in data. To me, the skill of the planner is to combine rational thinking with other modes of perception - be it intuition, experience of the senses or the emotions. It's all of these combined that add up to true insight. And just because we can't measure something, or gather squillions of data points on it doesn't mean it's not important.

As the author Phillip Pulmann eloquently expresses in this article, a touch of magic belongs in our world.
Posted by Sue Imgrund at 13:08 2 comments: