More than a destination 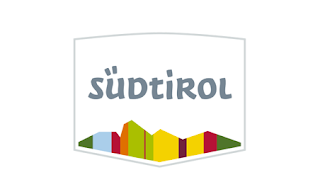 This time last week, I was whizzing down the slopes of the sunny Dolomites, enjoying a swig or two of Lagrein, munching my way through a Speckplatte and generally admiring the marvellous efficiency of the ski lifts.

I have blogged before about destination marketing, but the South Tyrol, and the way it is marketed, is far more than a destination. The remit of the marketing stretches beyond tourism to agriculture, food and wine and now natural products, for example, in the health and beauty category.

At the heart of it is the umbrella brand created for this unique region, which was originally created and launched in 2005, and has evolved further since. The idea behind it all, or the essence of South Tyrol, if you like, is about "symbiosis of contrasts." Now, that might sound rather intellectual-bullsh*tty (and I am translating from German and Italian here) but it makes a lot of sense. In South Tyrol, Alpine meets Mediterranean, spontaneity co-exists with reliability and there's the best of both nature and culture. It shouldn't work, but somehow it does.

The logo is based on a real Dolomites panorama, and the colours are chosen to reflect the contrasts and variety. It's used from a quality sticker for apples through to livery for trains: 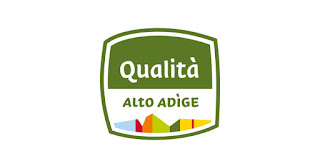 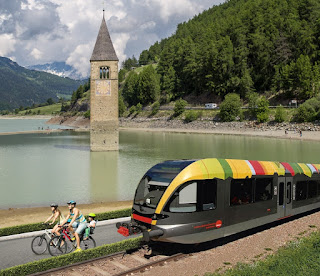 I even saw a ski-lift or two sporting these colours!

Normally, a dual-language brand expression could be a challenge. But, in another example of "symbiosis of contrasts", the use of both Italian and German adds richness rather than complexity. 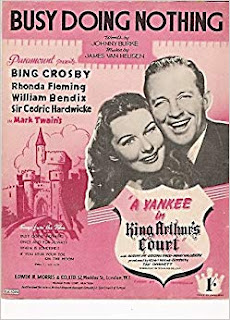 The two most over-used words in emails have to be "sorry" and "busy". Here's a typical example from an email I received the other day:

I hope you  are well. sorry for the delay in getting back to you we are extremly busy at the moment. (sic)


On the face of it - OK. I suppose an apology of sorts and an answer are somewhat better than the wall of silence I've been experiencing lately. When exactly did "no response" become the new "no", anyway?

But let me scratch below the surface of those copy-and-pasted words. And all I can see is a lack of respect. You assume you and your colleagues en masse have got far, far more on your plates than I could possibly ever dream of, silly me, and that throwing in a quick "sorry" will make it all OK. You can't even be bothered to check your spelling or punctuation.

Things are frantic
I'm rushed off my feet.
We're inundated.
I just can't spare the time.

What the heck are all these people doing with their time? Everyone has exactly the same amount of seconds, minutes and hours as the next person.

My suspicion is that they are composing this sort of gobbledegook:

Just a quick reminder - we'd love to know more about the experience you recently had with us during your payment experience.

I am sorely tempted to ask them about their "feelings" during the questionnaire-composing experience. This was all about paying a bill (a necessary evil that takes a few seconds) for goodness' sakes, not a round-the-world cruise!

I read an excellent blog post by Richard Huntington yesterday, about deep thought vs. all this headless chicken-style busyness, presumably prompted by the requirement to be "agile."It's about "getting to the bottom of things rather than staying on top of things."

I know I've been guilty in the past of using the "b-word" but I think I'll make it taboo from now on.

Along with "just", "quick" and "sorry" - when it's not meant wholeheartedly.
Posted by Sue Imgrund at 17:18 No comments: 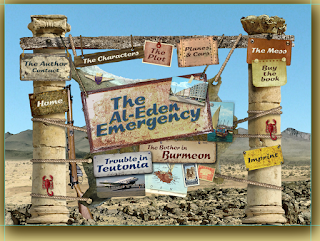 In my last blog post, I talked about Author Branding vs. Book Branding, and today I'm going to launch something rather special that's been waiting in the wings (or the hangar) ready to fly.

If I'd decided to go down the Author Brand route, I expect I would have put something together that would have ended up looking like every other Author Website, with a few fun facts about my schooldays, how much I love cake and how many cats I have (none).

But I decided early on that people aren't that interested in me, rather in getting a glimpse into the world of my books: characters, cars and planes featured, links and more. And all my websites do allow a little bit of author-ego indulgence as I'm not completely immune to the lure of the limelight.

The original idea for the look of the website came from Stefan Lochmann, the designer. In the stories a 21st century boy, born into the digital age, travels back in time to the mid-20th century. In the same way that the book design reflected an old book "found" in an attic, Stefan wondered what an "analogue website" would look like.

The idea translated into the websites for the first two books, each reflecting the specific setting and atmosphere of each story, but with the central idea of an "analogue website" made up from signs and materials from those times. So here, for example, we're whisked into a Cold War winter of 1957. 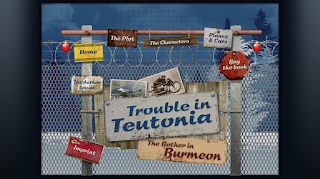 As with the book covers, the websites all reflect the essence of the book series: The Past is a Dangerous Country, and play with the digital/analogue theme as well as each having its own individual feel and atmosphere.

The latest story, The Al-Eden Emergency, is set in a 1966 Middle East and Swinging London jetpunk world. There's a preview shot at the top of this post to entice you in, and I can now proudly present the finished website.

Just be careful you don't tread on any scorpions! 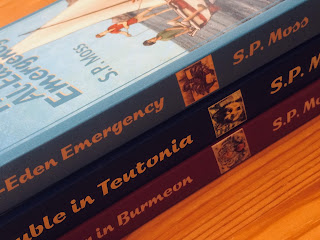 I've mentioned a few times how the concepts of Personal Branding and its subset, Author Branding make me shudder and squirm, which may seem odd for someone with a background in marketing who is running a (slightly bedraggled) literary career on the side.

Looking back at those posts, I found a phrase that turned the shuddering up to full-blown convulsions: "curating and sharing a version of yourself." What the heck is that supposed to mean?  Was Ernest Hemingway occupied with "curating and sharing" a version of himself once he'd spent precious hours and dollars with some snake-oil salesman intent on "discovering his personal brand"?

I'm in the throes of launching a third book, and I rather proudly posted the photo above. A social media acquaintance praised the "great branding" and the comment made me wonder - how did that happen?

I certainly didn't spend any hours or dollars with snake-oil salesmen. Neither did I run off to construct a key, or an onion, or a pyramid, or trawl the thesaurus to find 3 or 4 adjectives to reflect the essence of my brand.

But I did realise that, unlike the narcissistic generation that fall prey to the marketing gobbledegook, I hadn't created an author brand, I'd created a book series brand.

This wasn't a Powerpoint boxes-and-arrows process. The brand had evolved organically and intuitively.

It had started with the story, and from the story, the cover. What kind of image and design could reflect what this book was about: A Boy's Own Adventure for the 21st century boy - or girl. I briefed the publisher with this picture, amongst others: 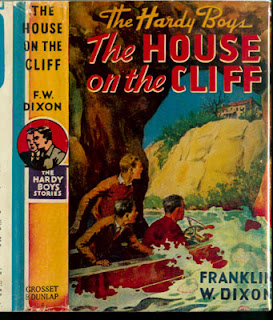 That went some of the way, but together we decided that the book shouldn't merely look retro, it should look and feel "found," as if a youngster from today had discovered it in an attic, or an old toy-box. We were lucky to have a super illustration, a composite of some of the elements of the story - a ferocious tiger, a Sunderland Flying Boat, and the young hero with his RAF officer "Grandpop" peering through some jungle vegetation. The first goes at design took the route of comics - bright colours and power-packed typefaces.

But, we hummed and hah-ed. It looked action-packed, and retro, but maybe too reminiscent of Commando Comics. And they were great but unashamedly trashy. Would people - especially young readers - get the irony?

I went to a different designer who tried a different approach - to get the "found book" feel in the cover design, with muted, slightly yellowing tones, and less in-your-face graphics. The publisher was inspired - and chose paper quality and colour, as well as the matt cover finish to complement the design. 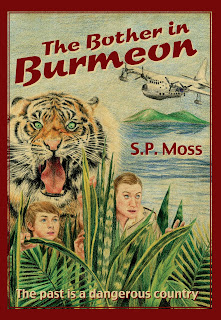 When it came to the second book, a pattern was set - the illustrator had two characters, an aeroplane, a beast (which would also appear on the spine) and action to play with, in a very different setting. The strap line came almost as an afterthought - I stuck with "The past is a dangerous country" because I couldn't think of anything better. And it was growing on me. With the latest book, things could have gone pear-shaped. My publisher didn't have the time or resource at that point to see it through, and the original illustrator was no longer available. But we had built up enough "branding" by now for the designer and I to understand what was needed. The illustration is of a slightly different style, but this reflects the focus on older readers and a more complex narrative structure as the series evolves. The consistency in the two characters in action, the creature and the aeroplane remains. 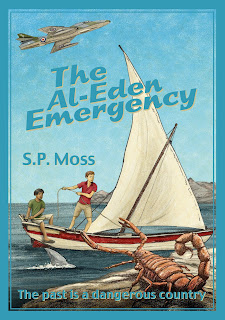 What's interesting is that it was only with the third book that I realised I had a brand. And it wasn't just to do with the stories themselves, or the alliterative titles, or the "found book" design and style. I had a strap line that summed the whole thing up: "The past is a dangerous country."

If we must talk about brand essence, then that strap line is it.

My next blog will be about creating an "analogue website." Keep your wireless tuned.
Posted by Sue Imgrund at 15:31 No comments:

This wonderful little film that has been doing the rounds is one of the best demonstrations of the pace of change that I've seen.

I've blogged here and here about this subject, comparing the top brands from one decade to the next, but seeing 18 years in just over a minute before your very eyes really brings it to life.

Maybe the most extraordinary thing is that it's only really the last 10 years that have been so completely crazy - up to 2009 or so, things are relatively stable, until Google and Apple, followed by Amazon and Facebook push their way up.