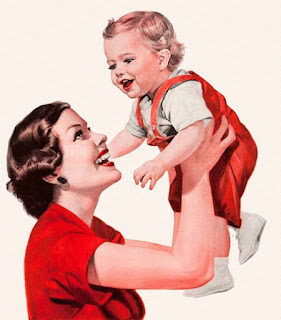 Dove. The brand that kicked off a million 'Purpose Campaigns', some better conceived than others. Marketing people still cite Dove as the Grandmommy of all purpose campaigns, so it's not surprising that all eyes are on the brand when it makes its next move.

Well, Dove has had a baby. Called, unsurprisingly, Baby Dove. So far so good. And to extend the idea of empowering (women) and building self-confidence that the mother brand has, the brand communication is focussing around the idea Trust Your Way. There are no perfect moms. Only #RealMoms. At first glance, a logical extension of an idea that'll probably strike a chord. There can't be a mother alive who hasn't felt pressure from friends, relatives, society to do things in a certain way.

Here's the US launch ad:

This, apparently, sets out to 'shatter stereotypes about motherhood.' Hmm. I wouldn't go that far. Some would describe it as 'heart-warming'. I'm afraid I'd put it in the wallpaper category, with its patchwork of different moms, straight out of 21st Century Diversity Central Casting.

For the UK launch, Baby Dove went for something more controversial. A poster at Waterloo Station asking the question 'Is there a perfect mum' with the visual of a Stepford-Wife-style mother and baby.  The twist was that this image was revealed to be that of an AI-generated woman rather than a real (albeit retouched) photo - that is, a woman who does not really exist. This was all done to provoke debate. You can read about it here.

I'm not sure how much debate was provoked. I only know that if I'd caught sight of that image as a sleep-deprived mum in a hurry to get somewhere, I would probably have merely been irritated and later, felt rather stupid if I read that it was all a marketing trick. And, indeed, I question why Waterloo Station was used. Because of the large numbers of new mums who happen to be passing through, with or without their babies? I think not.

Then we get onto the next subject. Dads. There are one or two references to Dads on the Baby Dove website, but only one or two. Doesn't it make sense in the 21st Century to acknowledge that more and more young fathers take paternity leave?

And finally, isn't this all a bit 'me' focussed? What about the babies? Years ago, when I worked on Pampers and later on Hipp, we learned that mums aren't really interested in other mums. They are interested in babies, and their baby in particular. They're fascinated by their little miracle, how he or she grows and develops, and they're thirsty for information. While I worked on Pampers, the whole advertising direction changed from a focus on Expert Moms to Learning from Babies.

But maybe the new parents of the Millennial generation are different. I've commented before about this rather annoying tendency, and I'm going to comment again.

Why do so many people in the creative industries boast about not being good at maths? Or something like physics, come to that. It's not even - oh, I was better at English/History/Art and my maths was OK - oh, no! To do the true boast you have to say you were useless, hopeless, terrible, rubbish or totally crap at maths. And add a little grin or chuckle.

How many people in those professions would want to own up to being bloody dreadful at reading or writing? And, apart from slinging a few insults at the duller and more obscure aspects of grammar, who wants to boast about being a complete dud at English? Not many.

This tendency has long been commented on, for example in C.P.Snow's lecture The Two Cultures and the Scientific Revolution. In this passage, Snow remarks on the (literary) intellectuals who bemoan the illiteracy of scientists:

“A good many times I have been present at gatherings of people who, by the standards of the traditional culture, are thought highly educated and who have with considerable gusto been expressing their incredulity at the illiteracy of scientists. Once or twice I have been provoked and have asked the company how many of them could describe the Second Law of Thermodynamics. The response was cold: it was also negative. Yet I was asking something which is about the scientific equivalent of: Have you read a work of Shakespeare's?”

I would certainly never employ a planner who claimed to be crap at maths. Or an account manager, brand manager or even a creative. Except in a few rare cases, everyone can be OK at maths. It just requires a bit of work, like everything else. I wouldn't want anyone working for me who had no feel for numbers and statistics and what meaning one can find in them. Or who was deliberately clueless  about how much of our world today works - money and markets, algorithms, Google - you name it.

Quite apart from the fact that maths trains the mind in puzzle-solving, in a particular way of thinking.

Having said all that, there is hope. A lot of those 'useless at maths' people can be spotted solving Sudoko puzzles. And not being so bad at it at all.
Posted by Sue Imgrund at 15:11 3 comments: 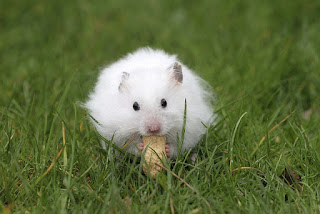 Co-creation has to be one of the marketing community's absolute favourite buzzwords since media became social. It can be done well, of course, but all too often it ends up being terribly worthy and simply ticking all the 'correct' boxes.

The reality of most customer reviews is that they're minimal and rather unremarkable. But I was amused to see a campaign for Emerald Nuts that neatly turns this unremarkableness on its head. Thinking out of the shell?

The agency trawled through the customer reviews for the brand and found one that's typical, slightly odd, and consists of the 'two most positive words ever' - Yes, good.

And the following campaign is the result:

This campaign appeals to me for the same reasons as Mail Shrimp. No deep insights, no Pepsi-style trying to save the world. Because, as I've been reminded in this article, advertising is predominantly there to sell stuff.

Good though it is, I fear that encouraging people to join in and write their own reviews for Emerald Nuts may fall flat, though.

Once people know they might be used in advertising, they go all self-conscious.

Moving on from my last post on measurement, it makes sense to take a look at how companies and brands use games and gaming in their communication and activities. I've posted a little about this before, here and here.

I like the way IKEA have turned something unexpected into a game in their TV ad 'Win at Sleeping,' from the agency Mother. It's clever and creative, through looking at something everyday - or everynight - in an unexpected way. And it's all done with a twinkle in the eye.

Is work a game? I'm not sure. Uber has recently come under criticism for using psychological gaming tricks to incentivise their drivers. How would you feel if you tried to log off and found that you were just a whisker away from hitting your earnings target? Would you squeeze in one more fare, even if you were feeling completely cream-crackered? Where does gamification stop being stimulating and start being sinister?

And finally, the CEO of Aviva is calling for companies to treat sustainability as a competitive sport. While his motivations are in the right place - to get companies thinking beyond the short-term pressure to make profits - I'm not sure that public league tables a la Champions League are really the way to go.

Just look at the corruption within FIFA. 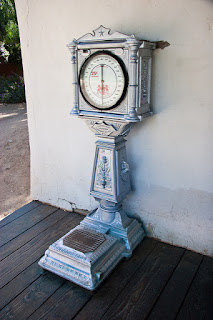 Some of the wisest words I have read in my career come from the social scientist Daniel Yankelovich, on the subject of measurement:

The first step is to measure whatever can be easily measured. This is OK as far as it goes.

The second step is to disregard that which can't be easily measured or to give it an arbitrary quantitative value. This is artificial and misleading.

The third step is to presume that what can't be measured easily really isn't important. This is blindness.

The fourth step is to say that what can't be easily measured really doesn't exist. This is suicide.
'Corporate Priorities: A continuing study of the new demands on business'

These words were written in 1972, in the aftermath of the Vietnam war, and illustrated what is known as the McNamara fallacy or quantitative fallacy (Robert McNamara was US Secretary for Defence). This fallacy is making a decision based solely on quantitative observations (metrics) and ignoring all others. For example, basing the 'success' of a war purely on enemy body count.

I have often used these words to argue my point with clients and quantitative research agencies that marketing, like war or sport, is not an exact science. There is perhaps a fifth step to the argument:

The fifth step is to attach undue meaning and importance to that which is easily measurable.

These days, with digitalisation, we can measure so much more. And although company and even personal performance can't be put on a par with war and loss of life, we should guard against making the same mistake.

A few years ago, only business people talked about KPIs. Nowadays, people have personal KPIs - calories consumed, steps taken, words written, likes achieved - and all the rest, all enabled by digital technology.

I will continue to cite Yankelovich. And not just to the business clients that I work with, but to friends and acquaintances who are in danger, perhaps, of not seeing the truth for the data.