I've always felt slightly queasy about the word 'content' when used in connection with creativity and ideas. As I mentioned here, my immediate association when I hear the word is with stomach contents - some kind of homogeneous chewed-up pap.

Even worse is linking the word 'content' with the verb 'to generate.' The idea of 'generating content' suggests the churning out of some sort of stuff that is completely devoid of any kind of creativity.

'Generating content' is a major preoccupation of the modern age. Indeed, many people are not living in the moment any more, but rather continually generating content for their Facebook or Instagram feed. The pressure is not just to keep up with the Joneses next door, but to keep up with every one of your five hundred Facebook friends. No wonder status anxiety is on the up.

Increasingly, I feel that this means for brands that they must surprise in their communication. Not just  generate more content of the sort that anyone with a Smartphone can load up to Facebook. For example, this beautifully batty campaign ('Did you mean?') from the email marketing platform MailChimp, by Droga5.

No deep psychological insights, no issues and attempts to save the world. In fact, the idea is no different really to that behind Compare the Market's famous meerkats.

But with the surreal films for Mail Shrimp, Jail Blimp and Kale Limp, along with all sorts of fake brands, products and even a band, the executions are thoroughly refreshing and original.

Not generated, but created.
Posted by Sue Imgrund at 11:10 2 comments:

The best way to make the business news these days is to devise some form of ranking. There are numerous rankings and indices for brands - Meaningful Brands, Powerful Brands, Ethical Brands, Simple Brands - and so on ad infinitum, it seems.

On a slightly different tack, Y&R's BAV Consulting have got together with U.S.News & World Report and the Wharton School of the University of Pennsylvania to produce the World's Best Countries report for the second year running.

The survey asks 21,000 residents of 80 nations to rate countries on political, economic, citizenship and quality of life factors.

And is it America First? Well, no. In chaotic times, maybe it's no surprise that people yearn for stability and neutrality, as exemplified by the winner, Switzerland. Co-incidentally, Switzerland had one of the funnier 'America First' spoof films that hit the social media a few weeks back.

The U.S. has tumbled from 4th to 7th place in the last year, while Britain has (maybe surprisingly) held on to its third place.

In fact, with Switzerland first, Canada second and the UK third, the three best countries also sport some of the best national logos from around the globe. Coincidence?
Posted by Sue Imgrund at 18:35 No comments:

A bundle of good 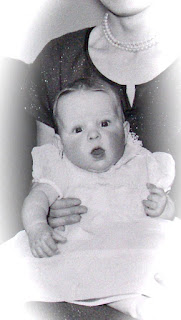 One of the biggest problems in the modern age is getting rid of stuff - and I know I certainly feel the pressure to get rid of stuff in a responsible way, not just 'chuck it out.'

Mothercare have estimated that there are some 183 million items of outgrown baby clothing lurking in UK cupboards and drawers, and they've come up with an excellent promotional idea in time for Mothering Sunday/UK Mothers' Day. The thought is Gift a Bundle , with Mothercare partnering with environmental charity Hubbub - pick up one of the promotional bags from your local store, fill it with 6-10 items of baby clothing, and return it to be given to a local family in need.

This is a nice down-to-earth idea that combines lots of good stuff: topical, local, sharing, bringing people together, good for the environment - and all of this through a simple action, not preaching from on high with questionable statistics, expensive film directors and heartstring-pulling plinky piano music.

This is called driving the band waggon (for a short trip, at least) rather than leaping on it.
Posted by Sue Imgrund at 10:56 2 comments: 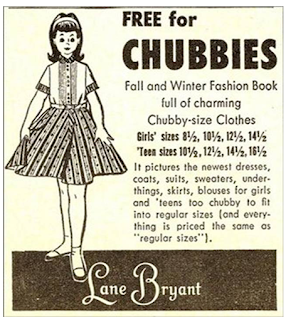 I'm sure I am not alone in having a knee-jerk reaction whenever the words 'Politically (In)Correct' are uttered in the course of my work in marketing and advertising.

But when I ask myself why I react so strongly, the answer is hard to find. I suppose the words catalyse a mindset of what I see as restrictive, creativity-killing concepts: the Nanny State, over-sensitvity, social justice warriors, virtue signallers and the chattering classes in general. By which I mean all those people forever harping on in their Facebook and Twitter bubbles, who think that 'doing good' is hurling a few pounds at some crowd-funded JustGiving cause, rather than making the effort to get up and visit an elderly neighbour, or spend a weekend clearing rubbish from woodland.

However, the idea of treating everyone we reach or want to communicate with in a fair and respectful way is one to which I certainly subscribe. How can you write ads that make people laugh, cry, cheer when you're sneering at them behind their backs? (Or behind the one-way mirror in the research studio?)

I've found an excellent article in The School of Life  which addresses this issue. A mid-way between joining the Politically Correct Brigade and beating them up is suggested, which involves the (somewhat forgotten) idea of Politeness. The author/s of the article point out the similarities and differences between Politeness and Political Correctness. The differences that resonated with me are as follows. Politeness is:

1. Universal, not selective
2. About action, not thought
3. Apolitical.

Politeness is an aspiration, not a legal requirement, and perhaps we should see this too in the way our brands communicate. Brands don't have to be polite in their words and actions - and, indeed, some audiences and sectors have little need for courtesy in its traditional sense.

But I remain convinced that a basic understanding of and empathy with your audience, whatever their political beliefs, or whatever majority or minority they belong to, a fundamental respect for fellow human beings, makes for far more effective communication.

Apologies if I start sounding like a broken record (maybe 4 Non-Blondes?) as I've recently blogged about this subject. But with International Women's Day fast approaching (on March 8th), there has been a splurge of yet more brands and companies desperate to show just how determined they are to lead the fight against inequality.

International Women's Day celebrates women's social, economic, cultural and political achievements (although I don't think Marine Le Pen's or Frauke Petry's 'achievements' come high on the list to be celebrated). This is important, as there are many countries in the world where women do not have equal opportunities and it's vital to raise awareness and prompt action to change.

But I can't help thinking that when brands and companies start leaping on this rather over-loaded band waggon, that the people involved in creating the communications are either naive or cynical.

OK. I looked carefully, and unless the baby is a boy, there are no boys to be seen. Could this be because P&G don't make any products specifically for boys? Or am I being cynical now? And are these people really defying gender stereotypes? What century are we in? I'm afraid the only stereotypes I can see are a load of advertising cliches: the tattooed beefy dad changing a nappy (not very competently), the bungee-jumping granny, the brainy women in glasses. All accompanied by the rather tired 'What's Up' soundtrack.

I appreciate that P&G have made some positive steps forward in terms of women in their senior management, which is good to see. But I have a feeling that this film falls into the category of protesting too much. Maybe decades of advertising featuring housewives obsessing about stains and smells leaves a guilty corporate conscience.

And it's only a few years ago that the same company were busy 'thanking moms' in their communication.

I'd love to see a company the size of P&G really use their clout to change something in the world, instead of producing wallpaper.
Posted by Sue Imgrund at 10:53 1 comment: