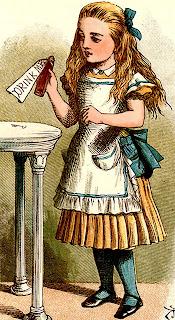 IKEA products have had names since donkey's years, apparently because Ingvar Kamprad found them easier to remember than numbers. And articles of clothing and accessories from certain brands also carry names, increasingly it seems. But while many of these names are people's names (for example, IKEA gives chairs and stools Swedish male names and textiles Swedish names), quite often they'll be a place name (for example, Ben Sherman have 'Romford' polo shirts.) For IKEA, I think this touch adds personalisation, specialness and a friendly feel to what could simply be a mass-market, functional brand.

And, of course, we've had a couple of years now of named Coke bottles - and it's interesting to see these change as you travel through Europe, but the intention here is to share a Coke with someone of that name, rather than anthropomorphising the bottle itself.

Where anthropomorphisation has gone mad is very apparent each time I return to the UK, where there's a growing tendency for packets of food to describe themselves in the first person, rather like the odd potions that Alice encountered in Wonderland. From 'I'm fresh and naked' to 'Keep me in the fridge', it used to be a ploy for the likes of Innocent, to be a little quirky. But now they are all at it, even Own Label. There's a good article about this phenomenon here.

As many of the commentators on the article suggest, this isn't really a big issue, in the great scheme of things. I personally find it twee and slightly creepy and hope it doesn't start appearing here in Germany, although wooly hats did pop up on Innocent bottles last winter, so perhaps it's on its way. But the point is for marketers that it's simply lazy. It's understandable that you want your brand to have a clear tone of voice.

Why does everyone in the UK food industry want the same tone of voice? A lickle cheeky, a lickle chummy, a lickle baby-wabyish?

And, to remind you of the absurdity of anthropomorphisation when it comes to your products, back to IKEA. The TV commercial is probably not such a runner in these days of sustainability, but it's still a classic.