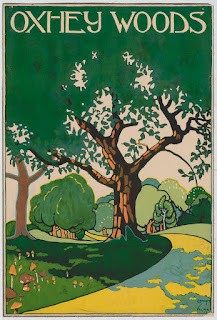 Back in the 20th century, Ogden Nash wrote a parody of Joyce Kilmer's famous poem, 'Trees' in which he stated:

I think that I shall never see
A billboard lovely as a tree
Indeed, unless the billboards fall
I'll never see a tree at all.

And in a recent article in Campaign, writer and director Paul Burke also celebrates the billboard, or poster and bemoans its current state. He lays the blame partly on the renaming of the poster into 'out of home media' or 'OOH' for short (although very few examples these days elicit OOHs, it seems.) And partly on the clients, of course.

He has a good point, I think. But I wonder if there are other reasons for the demise of the poster. One of them may be the disappearance of what used to be called commercial artists, who weren't necessarily ideas people in the sense that modern art directors were, but who certainly had the craft and skill to touch people's souls through their art as any of the posters on this post will show.

And then there's the other thing. Certainly in urban areas, very few people are looking up at trees or indeed billboards these days. Their focus is on their device. I wonder what Ogden Nash would have made of that? I'd certainly rather be looking up at any of these billboards in its full size glory than down at most of the rubbish that floats across my smart phone screen, like so many falling leaves. 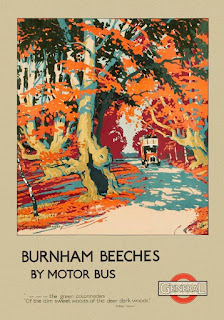 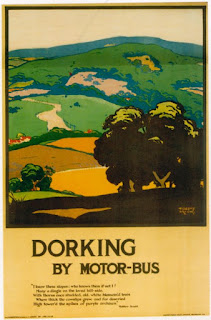 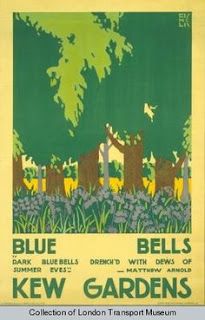 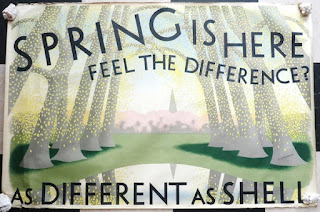 I’m with you Sue. Maybe it’s time to plant more trees and bury a few of those blasted mobile phones under them!