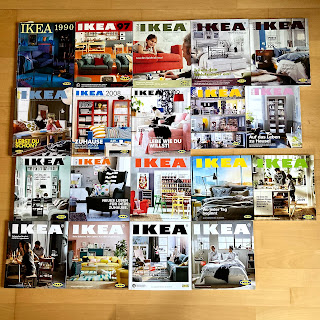 Last week, it was announced, amid much over-use of the word "iconic", that the IKEA Catalogue was going into retirement after 70 years' sterling service. I thought I'd take the opportunity to dig out my collection which probably isn't quite iconic, but does span four decades - and sits in an IKEA box upstairs in my IKEA-furnished office.

The first catalogue I have is from 1990: 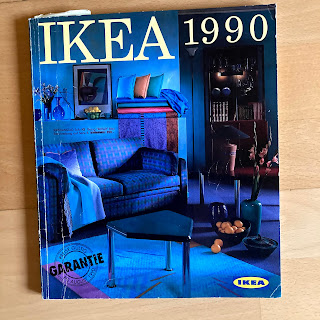 This pre-dates my arrival in Germany, but I saw plenty of the black, deep blue and purple look for interiors in my first few years here. Check out this black leathery office: 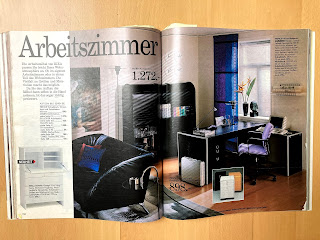 The first catalogue that came legitimately into my postbox (I suspect I saved the 1990 deep blue horror from a clear-out at the IKEA offices at some point) was the 1997 edition - still in DM, note. 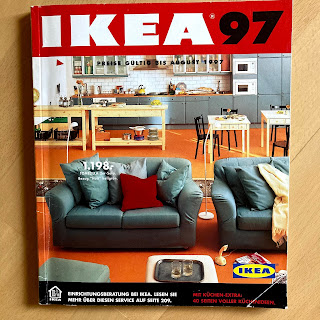 Many items from this catalogue featured in my first flat here in Germany - and some survive, handed down to my son, who set up his first flat a year ago. Think they call that "circular economy" these days. The catalogue also featured what I think was the first PS Collection: 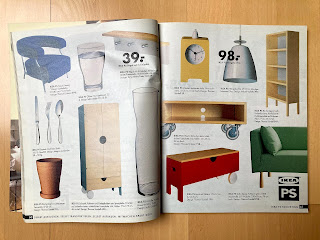 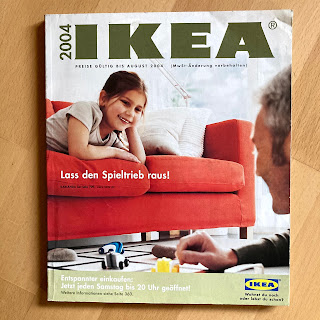 I bought several items from this Kingdom of Children collection - note: no pink Princesses: 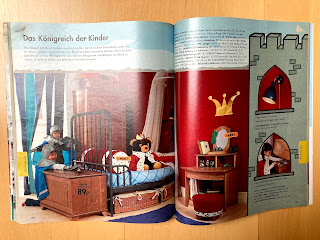 In 2010, the catalogue shrank a little in overall dimensions, but the cover took an expansive approach: 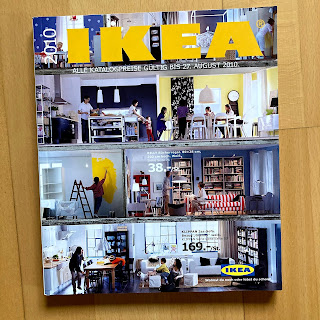 Which brings me to the latest example I have - behind the times as ever, I only have the 2020 edition, not the very last one: 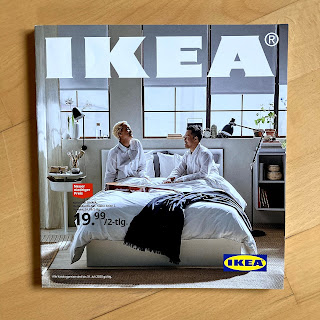 As they say in Sweden: 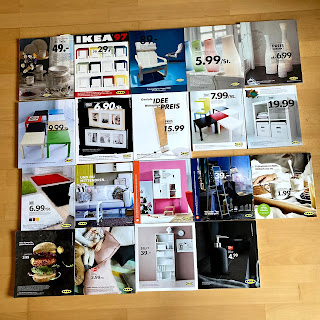