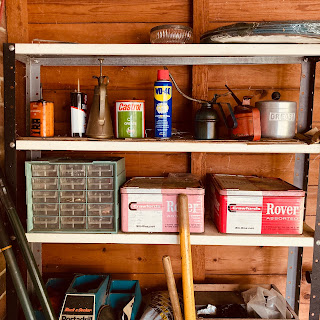 I’m back in the UK, in the old house, busying myself with sifting through junk. Well, not really junk, rather my past, which makes the task simultaneously more fascinating and more tricky.

I’m being accompanied by Jarvis Cocker. Not musically, but in a literary sense. I’m part way through Good Pop Bad Pop which is described as “An Inventory”. Another way that Jarvis puts it is “self excavation” - a sort of archeology of the self via artefacts rediscovered in the loft.

In Chapter 9 of the book, those rediscovered artefacts are FMCG brands, starting with a sliver of soap, worn down to the “distinctive brand asset” and not much more:

Jarvis kept this soapy remnant because the Imperial Leather design changed. Other examples he cites are Marmite, which used to have a metal lid and Rose’s Lime Juice, which had a glass bottle with tiny limes in relief. All of these packs and designs were tied up with memories.

And while I’m not a famous musician, so my Castrol and Rover tins will never end up in an art gallery or hard-backed book, I’ve got a few branded memories of my own.

Most people of my age are nostalgic for the crinkly orange cellophane of the old Lucozade bottle. And what about the Strepsils tin? The empty tin was repurposed by resourceful children for all sorts of things - I kept dried shredded sunflower leaves in one - maybe it’s best not to ask. 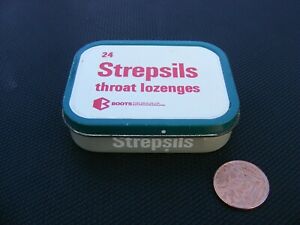 Jarvis Cocker’s analysis of why he would have kept a useless scrap of soap is about the aspect of his personality that resists change. He concludes (in one of my favourite passages of the book so far):

I am “over” my problem with change. I embrace change. (Maybe “embrace” is too strong a word: more like “I awkwardly shake hands with change.”) I can move on.

I’ll awkwardly shake hands to that.