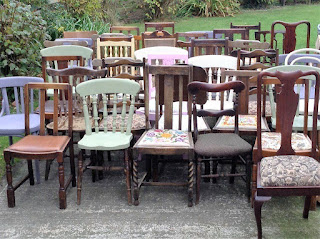 Among the many newsletters I subscribe to, those from The School of Life are less likely to be binned straight away than almost any other. (The most likely to be binned, by the way, are those that appear at the weekend, despite multiple attempts to unsubscribe).

What do I like about The School of Life? Well, I think it’s the tonality and attitude of the articles - calming, reassuring and wise. Universal, the opposite of throwaway. A recent article alerted me to the subtle difference between self-acceptance and self-love. Others talk about the value of melancholy, or failure, or other contributions to the human condition. It’s all so much more insightful than all that “being your best self” blah. I’ve always wondered - “best” in whose judgement?

However, what I encountered on my last visit to The School of Life was a rather unseemly mismatch between the tone of the articles and the website itself.

Hardly had I got into the site when a box popped up and more-or-less grabbed my wallet: 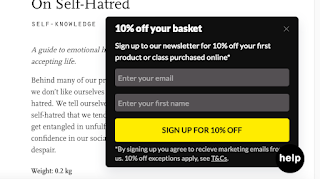 Not so much self-hatred as a disregard for the reader as a human being in favour of a nice source of income.

It got worse. The money-grabber was quickly pushed out of the way by the stalker: 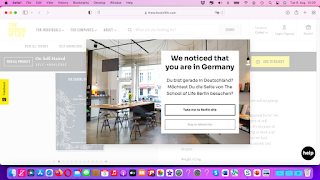 “No” is the answer. It irritates me that many in the Anglo-Saxon world seem to think Berlin is the be-all and end-all of Germany.

And to complete the mismatching tonality, the “feedback” for a site that is all about the depth and complexity of human emotion is reduced to a few silly emojis: 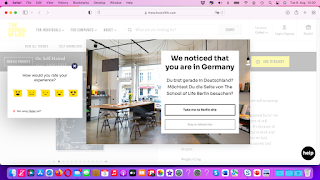 I’m not a huge fan of Brand Books the size of War and Peace that give strict instructions about style and tone, but surely an organisation like The School of Life could use their insight and understanding  so that their content and design isn’t quite such a case of chalk and cheese?