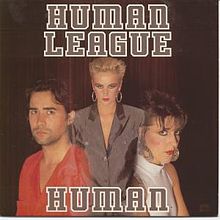 It is estimated (by Gartner) that by 2020, the average person will have more conversations with bots than with their spouse.

One of the things that interests me in the development of AI is just how closely we'll be able to replicate human - not just thought - but perception in all its forms.

I've recently (probably late to the game) come across some nifty resources about understanding our human quirks, from The School of Thought. The first is on the subject of Cognitive Bias and here you can find (and download a poster) 24 biases stuffing up your thinking.

These range from the 'Barnum Effect' beloved of astrologers, through to the ever more prevalent 'Group Think' and 'Just-World hypothesis', beloved of many a spat on Facebook. There are plenty of these that saw me nodding, from 'The Curse of Knowledge' to the 'Dunning-Kruger Effect.'

What can you do with this stuff? Well, of course, you can use it for your own self-knowledge - and it is always reassuring to know that you're not the only one that's fallible. Beyond that, it's vital for anyone involved in the planning and creation of brand communications. People do not behave rationally, as rational thought is only one mode of perception. By the way, I don't necessarily hold these biases to be 'bad' - they are short-cuts, which we need increasingly in an overloaded world. What is bad is not being aware of them, and being convinced we are driven only by rational thought.

And then there are Logical Fallacies, flaws in reasoning, which are also helpful to bear in mind for most of what passes for journalism today.

As The School of Thought says on its website: isn't it more important to teach children how to think rather than what to think?

Sue, thank you so much for the Bing Crosby song I love it. I hope you don't mind but I've added it to the post with a mention of you. Thank you again, you know me so well! x

Thank YOU, Barbara! It makes a change from 'White Christmas' ...