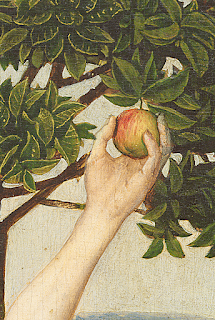 In the last few years, I've often been involved in those conversations about differentiation and distinctiveness when it comes to brands and advertising. In the early part of my career, differentiation was the thing: setting your brand apart from competition by focussing in on some aspect of the brand - how it's made, a secret ingredient, what it can do for you, and how it can deliver these benefits better than any other brand in the category.

But things changed, and the internet happened, and a new genus called platform brands grew up, and lots of clever bods did smart analyses, and the point of view now is that brands should be distinctive, that is, to stand out via impactful brand assets.

I've been wondering recently, in a similar fashion, about "uniqueness". It was always my belief that brands should strive for uniqueness in their totality - to be unequalled - the opposite of "generic" or "interchangeable" and to emerge out of that cliched "sea of sameness."

But does uniqueness alone really do anything for a brand? I could create a unique brand but that wouldn't necessarily make it desirable, or relevant. Uniqueness is not necessarily good. It could be quite the opposite.

Uniqueness is like a statement of fact. It doesn't involve human emotion or judgement in a positive or negative way. A landscape or a micro-climate can be described as unique.

Now think about the word "originality". A far richer word, which has associations with the word "origins" and thus, authenticity. It feels fresh, newly-created, pioneering, not imitative, absolute, novel. You know there are stories to be discovered. A past, present and future. You say "Oooooh! That's original", but you'd never say "Ooooooh! That's unique."

We talk about "original thought", "original ideas". The human is entangled in the concept of originality. It's not detached, like "uniqueness."

"Unique" should mean unusual or remarkable, but quite often it doesn't.

I am sure that a unique new brand could easily be generated by a machine these days.

But an original new brand can only be created by humans.