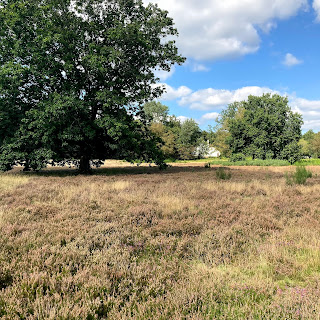 My recent visit to the UK as Summer fades into Autumn had its rather wonderful moments - heather against blue sky, for example. But there were more than enough moments of general botheration, summed up by this sort of thing: 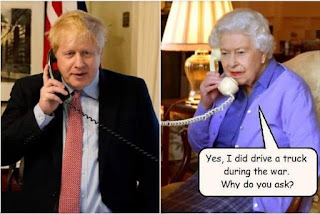 I did manage to get petrol for the drive back without getting knifed or the tyres of my German number-plated car slashed. But one incident which can be filed under “customer service - lack of” did rile me somewhat.

To cut a long story short, the phone and broadband in my UK house weren’t working. I rang the service provider from my German mobile phone to try and sort it out. They let me know that they wouldn’t deal with it directly, but would pass it on to Openreach. I wouldn’t be able to contact Openreach directly, but my provider would send me a text to let me know progress, when appointments were confirmed and suchlike.

- No, sorry. We’re not allowed to take international numbers. Have you got another number we can call you on?

- Well, I have, but it’s not working if you remember. Can you make an exception?

- Right. You mean I have to call your helpline via my German phone, and possibly hang on for 20 minutes or so before I get a reply, in order to find out progress on repairing a fault with the service you supply?

- Yes. Is there anything else I can help you with today?

I bit my tongue at that point, but I will be writing a letter, for what good it will do.

I can’t help but wonder how many other people there must be in a similar situation with two homes in different countries through circumstance rather than choice. Banks, utility and service providers would do well to recognise these customers’ needs rather than treating them as an irritant to the system.

Globalism used to be the big dream, but it’s now become a dirty word. I do believe there is a place for both: roots/local and global, with all its advantages. It doesn’t necessarily mean Starbucks. HSBC UK have used this theme in their advertising for a few years now. Some of the ads are a touch cliched, but I do like Richard Ayoade as spokeperson for the brand.

The latest ad, about borders, is here

As the ad industry becomes increasingly obsessed with identity and putting people in boxes, I hope one day the penny will drop that a box has multiple borders.