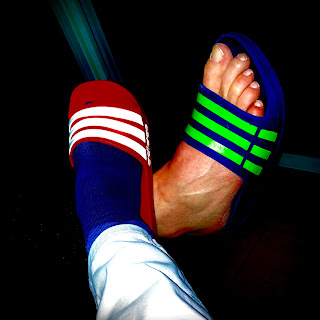 The first visit to a supermarket on our recent return from holiday brought the inevitable groans of ‘No! Lebkuchen already?’ This makes this Retrowurst particularly topical in that it marvels over the German September delicacies of Federweißer, Zwiebelkuchen, Süßer and Pfifferlinge. It goes on as a culinary calendar and guide to German food and drink throughout the year.

September may well have been the ‘season of mists and mellow fruitfulness’ for Keats, but it is definitely the season of Federweißer und Zwiebelkuchen here in middle-Hessen. The subject of Extrawurst this month is seasonality, especially in relation to food and drink and how brands can use this notion to connect closer with people.

Since I have lived in Germany, it has always been apparent to me that nature’s cycle of months and seasons is somehow closer to Germans’ hearts and especially stomachs than for us Brits. At certain times of year, there are special products that one just can’t avoid; in fact, the whole year is punctuated with delicacies and if one were to throw away all calendars, you would have a pretty good idea of what month you were in by a glance at the restaurants’ blackboards and the supermarket shelves (given that the weather doesn’t seem to be such a reliable guide any more!)

As I said in the opening, in September we are in the midst of the Federweißer und Zwiebelkuchen season. Federweißer is a mildly alcoholic, cloudy grape juice from the first fermentation in winemaking. It is usually available direct from the vineyards and in wine bars but also from the supermarket where it is sold in (potentially messy for the unwary) bottles without a cork! It is usually served with Zwiebelkuchen, a very oniony flan which provides a nice contrast in taste to the rather sweet Federweißer. For those who prefer something non-alcoholic, another speciality of Hessen in September is Süßer, a strong, cloudy, sweet-tasting apple juice which is the first pressing that will eventually be made into Apfelwein. The beginning of Autumn is also mushroom time, especially Pfifferlinge or Chanterelles. Many families go mushroom picking in the forests and Apothekes provide a free ‘mushroom identification service’ to make sure that you’re not about to serve up a poisonous Ragout!

As the Autumn moves on through October and November, the Wild or game season gets underway, with fresh venison and wild boar available in the butcher’s (and deep frozen in Aldi!). Many restaurants have a special game menu. Goose is also widely available from November onwards, as this is traditionally eaten not just at Christmas but also around St Martin’s Day which is in mid-November.

By December, the Christmas goodies will have been in the supermarkets since September but now the Christmas baking season really intensifies with displays of the spices needed in Supermarkets and Apothekes. Competition for home-baking comes inevitably from the various Weihnachtsmärkte or Christmas markets that start around late November.

With February comes Karneval, with its own specialities, mainly Kreppeln or doughnuts and then, around the end of March, the first fresh Grüne Soß is available in restaurants or to make yourself from the pre-bundled fresh herb mixtures available from market stalls. This is a cold sauce made from seven different herbs and sour cream, which is eaten with potatoes, meat or hard-boiled eggs.

April sees the beginning of Spargelzeit where you just can’t escape from asparagus (the German asparagus is white as it grows underground). There are little roadside stalls selling the stuff in various sizes and qualities and a lot of restaurants serve only asparagus at this time. In May, a special woodland herb is available to make a delicious punch called Maibowle with schnapps, white wine and Sekt. In May, the first strawberries are available and many of the roadside asparagus stalls sell these too, along with the many ‘pick your own’ fields. Needless to say, you can make a very nice Bowle from strawberries, too.

There are numerous examples of food brands in Germany who introduce seasonal variants and flavours. Mövenpick Ice Cream, for example have featured ‘Our Ice of the year’ for many years- a flavour that is available for one year only. More recently, Mövenpick have started introducing two such flavours, one for the summer (usually lighter and fruity) and one for the winter (usually more nutty/chocolatey). This idea has been picked up on by many other brands, including Schwartau jams who have a ‘jam of the year’. Other examples of seasonal flavours and variants can be seen in the chocolate confectionery market, where Ritter Sport and Milka are both very active with this kind of thing- summer flavours are usually yoghurt and fruit-orientated while in the winter, flavours based on some of the traditional German Christmas goodies, such as Lebkuchen and Stollen can be seen.

Hochland cheese is another brand who has introduced seasonal varieties into its Almette cream cheese range- this Spring they introduced Almette with asparagus and we will not be surprised to see Almette with mushrooms this Autumn!

There are various important advantages that seasonal variants and flavours can imbue on a brand: firstly, in these days of so many new product flops, there is a certain amount of honesty admitting that a new flavour will only be available for a limited time and, of course, it makes an excellent testing platform. It can make a brand seem less ‘processed’, impersonal and distant especially if the variants are in tune with local tastes or recent trends. It provides a good antidote to the fear of globalisation and faceless, distant corporations. People are given a reason to look at the brand again and it gives the impression of a brand that is ‘fresh’ and always on the pulse. Finally, at a deeper level, in these days of short time cycles and cheating time with technology, ideas that are based on the yearly cycle of nature give people a feeling of being ‘rooted’ again and in touch with nature.

Well, all I can say is that in the eighteen years since I wrote that, there has been a proliferation from food and drink brands in terms of both seasonal and regional - the human need to be in tune with nature has been emphasised through greater awareness of sustainability. And of course brands are keen to present themselves as human, in touch with local needs and desires rather than faceless global corporates. It’s push and pull, as new technology enables speedier development and distribution of variants with a mayfly lifespan.

In other news, I’m pleased to say I’ve addressed the proliferation of exclamation marks in my writing.