A noble yet undervalued craft 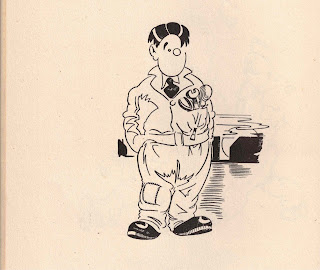 I’m pinching someone else’s article this week, because it deserves something more than getting lost in my sprawling bookmark system. It’s by Alex Vuocolo: The Disappearing Art of Maintenance and was spotted by Good Business in their weekly newsletter.

Amongst other things, this article for me highlighted the disconnect between all those trend reports and innovation newsletters and sustainability innovation alerts, and the life that most people lead. My own life is one lived in constant dread of updates, especially as far as my MacBook goes. I’m tottering along with my 2015 model, but fear that the next OS upgrade could wreak even more damage than the last, which rendered two printers obsolete in one fell swoop.

Maintenance, as Alex Vuocolo points about, is about making things last, not repairing what’s broken. It’s conspicuously absent from the “reduce, reuse, recycle” mantra as it doesn’t really fit with the ideas of reduction or anything prefixed by “re-“ as it’s about steady state, not change. That alone doesn’t make the concept of maintenance sound progressive or innovative.

I’ve mentioned eBikes before - and this article talks about how, for example, the electro vehicle boom, driven by the promise of cutting emissions has caused a surge in demand for metals such as nickel, cobalt and lithium. Using up a different set of the earth’s resources while attempting to conserve another.

Also highlighted in the article is the abstract nature of the climate debate and emissions goals:

Emissions goals are not unlike GDP targets. Both are administered abstractions, somehow all-powerful and impotent at the same time. They reduce action to aggregates and strip human actors of agency.

The pragmatism of maintenance work is sorely needed in the climate debate, which is so often preoccupied with end-states that it has no earthly or humanly way of achieving.

Of course, in the real world that most of us live in there are people that service your car, your boiler, your bike - and keep the roads and the railways and the buses in good order. But perhaps it would help to bring this mindset into other areas of modern life, too.

In the end, this is one reason I cannot abide the term “the consumer” being applied to everything beyond that which is actually consumed - from smart phones to cars.

Now, pass me that spanner.