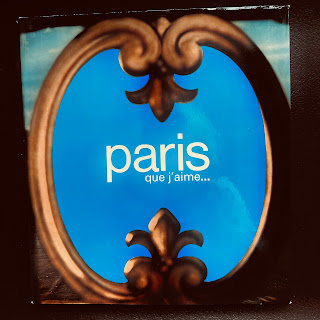 I was a little startled when I read this Extrawurst from October 2004 about Germany’s European neighbours. As well as a write-up on the two European countries that Germans are most in love with, there’s a quick round-the-clock of the nine immediate neighbouring lands.

Germany is often described as the centre of Europe- the word ‘heart’ has perhaps too many emotional connotations for a people who pride themselves on Ordnung. And, being one of Europe’s largest countries, Germany has a lot of neighbours, nine in total. I thought it would be interesting this month to have a look at how the Germans typically view their neighbours and which products and brands are associated with these countries.

As is typical with neighbours, the German view of the people of the lands surrounding them is not all roses. Views range from ‘dull but tolerated’ to out-and-out rivalry and hate! But before we come onto that, let’s have a look at the European countries that can- in the eyes of most Germans - do no wrong. Number one for most Germans has to be Italy. Italy is far enough away and separated by mountains and a couple of other countries not to suffer the over-familiarity and thus contempt of the countries on the doorstep. Italy stands for the ideal lifestyle for many Germans and there is something for everyone from the beaches, to city style and culture, to the mountains of the South Tyrol. Italian food and drink are adored by the Germans, the supermarkets are brimming with Italian brand names such as Barilla, Averna and Ramazotti and there is an Italian restaurant or ice cream parlour on just about every street corner. One needs look no further than the irritatingly successful Ferrari/Schumacher combination of German efficiency and determination combined with Italian passion and flair to see this relationship in action.

A little further away but also beloved by the Germans is Ireland. The combination of Celtic tradition, a pride in beer brewing and a love of music is seen by a lot of Germans as an idealized version of themselves. Groups such as The Corrs or The Kelly Family are very popular and Kerrygold and Guinness are well-known brand names. Irish pubs can be found in even the tiniest of villages in Germany and the only cheese you are likely to find in a German supermarket from the British Isles will be Irish, rather than English, Cheddar.

So, back to the neighbours, going around in a clockwise direction. We’ll start with France. Germany has a rather uneasy relationship with France. Although Germany ganged up with France last year to form the backbone of ‘Old Europe’ against Bush’s war, past history still bears its influence. On the one hand, there is a grudging admiration for the French ‘Joie de Vivre’ and general enjoyment of the good things in life but there is some feeling that the French are rather too much in love with themselves, don’t work hard enough and don’t take enough pride in their homes, towns or environment generally. Products and brands associated with France are Citroen, Peugeot, Renault, Elf, cheese and wine, President and L’Oreal.

Luxembourg is associated with very little except money, more money and yet more money, so we’ll move quickly on to Belgium. The Germans view the Belgians as down-to-earth and a bit dull. Belgium is associated with cycle-racing, chocolates and beer, although the beer is not considered as good as German beer. This brings us on to Holland where the relationship seems to be a mutual hate: hate! There is a bit of a paradox with Holland as the Germans grudgingly admit that Amsterdam is actually quite a fun, interesting and cultural city but that the rest of Holland is full of big, narrow-minded, people who pollute the German autobahns with their caravans and litter at holiday-time! There are a fair number of brands and products associated with Holland: - Phillips, Heineken, Amstel, Cheese (Gouda & Edam), flowers and vegetables. But the overall impression is that be it beer, tomatoes, cheese or the people themselves, everything is a bit kitschy and tasteless. Needless to say, the people of Holland don’t have many kind words for the Germans either!

Moving further north we come to Germany’s Scandinavian neighbour, Denmark. Of all the neighbouring countries, Germany’s relationship with Denmark is perhaps the most positive. The Danes are considered to be a happy people, proud of their country with a very fair and modern social system. Products and brands associated with Denmark are Beer (Tuborg and Carlsberg), dairy products (Arla), bacon (Tulip) and fish products.

Unfortunately, the Germans generally have a negative view of Poland and the Polish people, perhaps because, reading between the lines, they feel threatened and still guilty about history. At its most bigoted, which, sadly, seems to include a fair proportion of Germans, particularly older people and those from the former East Germany, the Polish are regarded as car thieves or at very best casual workers for the harvest. Although the Germans are quite happy to adopt a sportsman such as a boxer or footballer with Polish origins as one of their own, the general view seems to be that the Polish are lazy and unmotivated. Perhaps this will change if more young Germans can throw off their prejudices and see for themselves the dynamism and development of Poland in the last ten years or so. Products associated with Poland include certain types of sausages and poultry (ducks and geese) traditionally consumed in Germany in November and December including the Advent and Christmas period.

The German view of their Czech neighbours is much kinder. The Czechs are respected for their sporting success in Ice Hockey and Football. They are thought to be a nice bunch of people who one could drink a gemütlich beer with. The Skoda/VW partnership symbolizes this relationship and other brands associated with Czech Republic are beers such as Budvar.

Austria is a very popular holiday destination in winter and summer and the people are described as simple (in the positive sense), straightforward, a slow pace of life and gemütlich. There are plenty of food and drink products associated with Austria including wine, Schnapps, dried sausages (Landjäger), coffee, cakes such as Sachertorte and Germknödel (a sort of giant sweet dumpling). Also associated with Austria are crystal ornaments (Swarovski) and many products and brands associated with mountains, hiking and skiing such as Blizzard skis or Meindl hiking boots.

Finally, we come to Switzerland to complete the circle. The Swiss are thought to be somewhat snobby, stuck-up and obsessed with money. They are considered by the Germans to be proud and obstinate. Brands and products associated with Switzerland include Swatch and Smart, dairy products (Gruyere and Emmental, yoghurt, Emi, cheese fondue and raclette) plus big food corporations such as Nestle.

I have made a lot of generalisations here which probably do the Germans a disservice but it’s certainly a lot milder than a typical article in the Daily Mail about the Germans!

The startling came not so much from what’s changed (not much, to be honest - the love affair with Italy is alive and well, fuelled by Aperol Spritz), more from how I have changed.

I admitted to generalising in the article and, boy - I certainly wouldn’t write something like that now! Is it ageing? Am I simply more sensitive and aware to nuances (for example, how there’s a kind of blending and merging aroud the borders rather than a sharp change)?

Or was life just simpler then?