Joy (and thoughtful dads) to the world 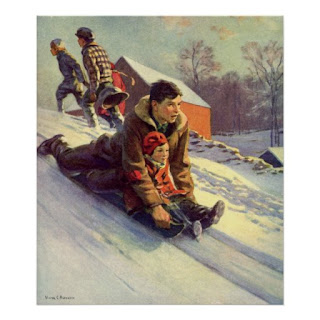 When I wrote this piece a couple of years back, we sort-of thought we’d soon see the back of Corona. Little did we think that over the next 18 months we’d be hit with a war on the doorstep and heating bills going through the roof (especially if said roof isn’t insulated).

I don’t normally get that excited about Christmas ads any more, but this year I have to admit that I was intrigued to see how the agencies captured the mood and dreams - or not. In my 2020 post, I hoped for a return to joy (or even better, glee, mirth, merriment and frivolous frolics as joy always seems a bit sanitised and churchy). And, lo and behold, “joy” plays a leading role in the ads from retailers Boots, Tesco and Amazon.

Amazon’s theme of a dad going to great lengths to make his daughter’s Christmas special is also taken up by John Lewis - with a heartwarming twist. Could this mean ordinary, middle-aged men are no longer persona non grata in the ad world (unless they’re portraying a toxic sexist or a bumbling fool)? I do hope so!

Meanwhile, back in Germany, things are more serious. Discounter Penny’s powerful film Der Riss, which portrays the divisions in society and the need to talk our differences through, human to human, is the talk of the ad world and media here.

It’s a brilliantly-made film, no doubt about that. But is it right for Penny, and Christmas? I’ll stick my head above the parapet and say no. People do not need reminding of hate and misery, especially not this year. Despite the hopeful ending, the dramatic film ensures that it’s the negative images and feelings they evoke that stay with the viewer. Last year’s film Der Wunsch, about a mother and son, and how Covid has messed up young people’s lives was gentler, the focus on the two characters and their relationship, not “society out there”. I find it the better film for the client and context - and ultimately closer to real life.

Another big German advertiser, Deutsche Telekom, has also taken up encouraging us to talk, and ask each other how we are. Here’s Teacher, which has shades of It’s a Wonderful Life for me.

And that’s one of my all-time favourite Christmas movies.