The freedom of lancing 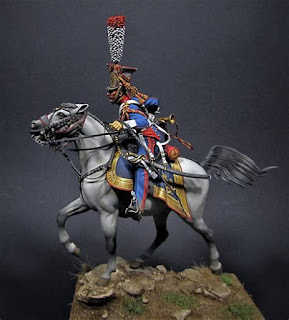 LinkedIn started up at almost exactly the time I started freelancing - founded in December 2002 and launched in May 2003. So maybe it’s no surprise that my experiences, highs, lows and progress in my occupation have been closely linked to the way that work-related networking has changed over the years.

When I started up (and at the time I had no idea of whether I’d brave the slings and arrows, or retreat back into classic employment) it was a time pre-social media. I had no office, and was working from an Aldi computer my husband had bought in the previously century. I had a toddler and a freenet email address. I’d written a business plan for the Arbeitsamt but knew that it was as much a fiction as the retro-style adventures I was to write. An exercise in box-ticking only (more of that later).

I knew intuitively that I was likely to get business from people who already knew me and what I was capable of, and their contacts. My working title was “Ideas for Sale” before I hit on Secret Agency. I still love the irony inherent in this name - I’d be a plug-in-and-plan type of freelancer, flexible and happy to fit in to clients’ ways of working, systems and culture. I’d have ideas and experience of methods and tools, but wouldn’t force any propriety straightjackets on anyone. I’d be content working in the background, but would make no secret of who I was or where I came from. I wouldn’t hide behind some corporate-style website using the Royal We, implying I had unlimited resources at my disposal.

By and large, I’ve been happy about how this has turned out. The upside is that being low profile allows me to pursue other interests - writing those books, for example.

But the downside is that there is no safety net when you operate under the radar (I know, a particularly clumsy mixed metaphor).

Over the time I’ve been doing my freelancing, there have been vast changes in the way the freelance world works. Most of these, on the surface at least, have not really improved my lot.

First of all, there has been a huge increase in compliance-type stuff from clients of all sorts - hoops to jump through that are time-wasting and irritating for a one-woman band. Box-ticking, forms to be filled in and signed, purchasing departments’ rules and regulations, certifications here there and everywhere. In summary, a lot of things not being taken on trust, as they were in the past. I understand, to some extent. But it is wearisome.

Then there’s the growth of what used to be called the gig economy. This stretches from the democratic/exploitative (depending on your viewpoint) crowd-sourcing such as Fiverr through to what is referred to as Open Talent. This is the elite end: curated networks of specialists and experts. I’m not sure about Open Talent yet. I have joined a couple of these, and was turned down by one - I suspect due to insufficient attention to Buzzword Bingo. My main concern is that they don’t know me and what I can do, and I’m damned if I’m going to start trying to explain it all.

And the latest development is a Covid-related one as companies re-examine ways of working post-pandemic. A new employment model from Unilever is U-Work, the idea being to have a pool of staff assigned to different roles on a project-by-project basis. This gives the staff in question the benefits of freelance/contract work plus the security of fixed employment as they are paid a monthly retainer. I note the benefit to the company is that this model “avoids the costs of finding freelance workers and getting them up to speed.” I expect a lot of other companies will follow suit.

If I was starting up now, I would do things differently. I’d be all over LinkedIn using the right buzzwords and hashtags, collecting certificates, making connections, speaking the Key Word, algorithm-friendly language about great leaders, amazingly empowering inspiring blah and following the advice about asking questions and writing engaging posts.

A subversive part of me shudders when LinkedIn suggests phrases I might like to use. I read somewhere, in a discussion amongst creatives about today’s award-winning ads that someone said “I don’t want to be good at doing that kind of advertising.” In the same way, I’m not sure I want to be good at raising my profile.

I still get asked through my various acquaintances in the business - could you, or do you know someone who could ...? And I still believe that companies look for an outside view on strategy - a view from someone independent, free of company culture, processes, philosophies, who is nevertheless prepared to listen and understand, and work out something tailor-made that fits and works.

LinkedIn can become ChainedUp only too easily.

Here’s another one of those Crowd-Sourcing things: https://www.perfectlancer.com